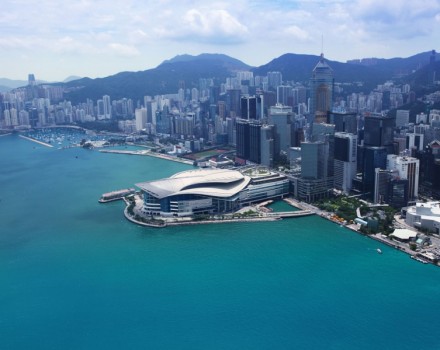 Tomorrow, Art Basel Hong Kong will open its doors to the public, inaugurating the expansion of the company’s impressive range of art fairs into the Far East.  Situated at the Hong Kong Convention Center, the fair has brought collectors and galleries from the world over to the heart of this bustling metropolis, for a week of art sales, talks and special projects, all with a particular focus on the contemporary art world of the Asia-Pacific region. 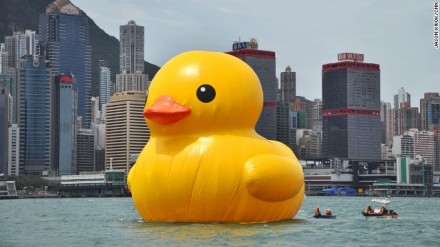 The fair  comes when the city is experience an arts world boom of sorts.  Ben Brown Fine Arts, Gagosian, White Cube and Lehmann Maupin have all opened spaces in the city over the past several years, and ample support from the local government has earmarked sizable funds to further advance the cultural districts of the city.  Art HK, the successful Hong Kong fair that Art Basel acquired in 2011 and rebranded with its own name, also helped to pave the way, partnering with local galleries to bring the Asian art scene to international attention. 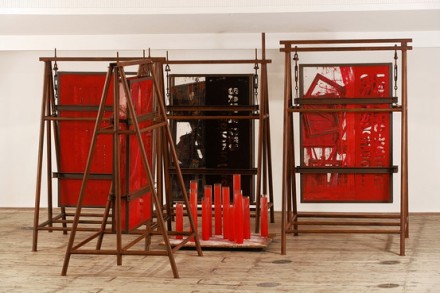 This year, Art Basel Hong Kong will combine a spotlight on young, rising Asian artists with a series of special commissions and projects, including its Encounters section, featuring large-scale sculpture and installation pieces that will work hand in hand with the cavernous space of the convention center.  As befits the context of the event’s first year, and its continuation of the mission of Art HK, much of the work at Art Basel Hong Kong seems to be an attempt at launching Asian artists onto the global stage, providing them an international sounding board alongside a strong support system to nurture the ongoing development of the Asian contemporary art scene.  Granted, recognizable art stars like Damien Hirst and Andreas Gursky will be present, but a tangible sense of community and encouragement seems to run throughout, 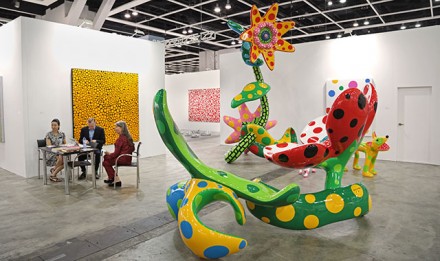 The fair also offers a small, but tightly curated selection of morning talks and lectures, including a conversation between renowned Chinese painted Zhang Xiaogang and Pace Beijing President Leng Lin, focusing on the relationship between the gallerist and artist.  A number of salon-style discussions are also planned, including several with Hans Ulrich Obrist and Art Newspaper editor Georgina Adam.

Alongside, these works, Hong Kong is also playing home to an exhibition of inflatable artworks, including pieces by Cao Fei and Paul McCarthy, as well as the notoriously popular inflatable duck sculpture currently floating in Hong Kong’s harbor. 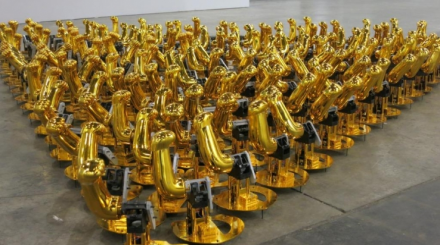 With the VIP preview already drawn to a close, sales have proven to be strong early, with works by Sterling Ruby, Zhang Enli, and Rashid Johnson all commanding impressive sales figures in a buyer’s rush that seemed to benefit local and international galleries in equal measure.  As the fair progresses, this healthy sales rate should have no problem in convincing future clients of Hong Kong’s now buoyant art market. 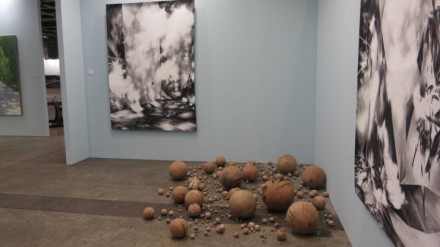 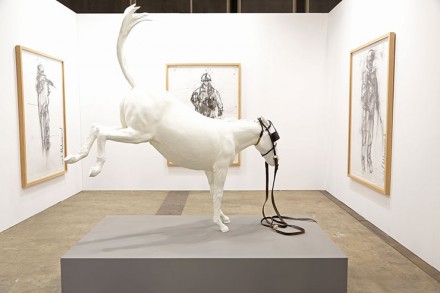 This entry was posted on Wednesday, May 22nd, 2013 at 3:39 pm and is filed under Art News. You can follow any responses to this entry through the RSS 2.0 feed. You can leave a response, or trackback from your own site.