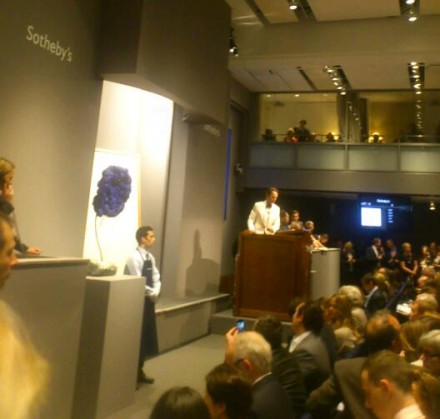 World renowned auctioneer Tobias Meyer during the sale of the Yves Klein sculpture, which ultimately sold for $22 Million

Sotheby’s hosted its contemporary evening auctions last night, with Principal Auctioneer and Head of Contemporary art Tobias Meyer coaxing the audience through the sales with high energy and style.  The sale, which totaled at $293.6 million, trumps last year’s spring auction of $266.6 million, while falling short of the auction house’s record high of $375 million last November. 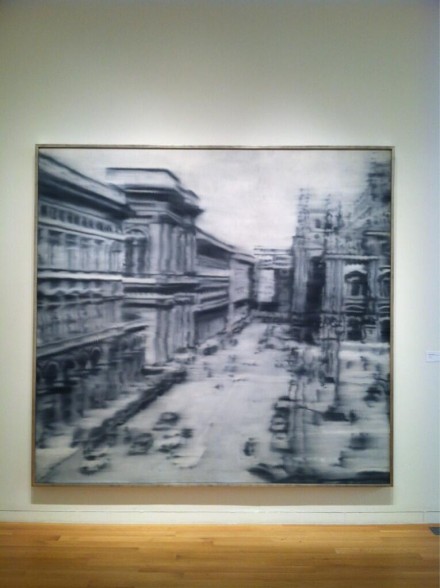 The top sale of the evening was Barnett Newman’s Onement IV selling for $43,845,000 to a phone bidder who heatedly beat out four others for the sale, provoking some chuckles and a round of applause from the audience, while setting a new record for Newman at auction.  Gerhard Richter, as expected, also broke his auction record, as the photo-realist piece Domplatz, Mailand (Cathedral Square Milan) sold for $37.1 million to Don Bryant, who rejoiced with a fist-pump. The record for an Yves Klein sculpture was also set, as Alexander Calder’s grandson Sandy Rower lay the winning bid of $22 million on the blue sponge sculpture. 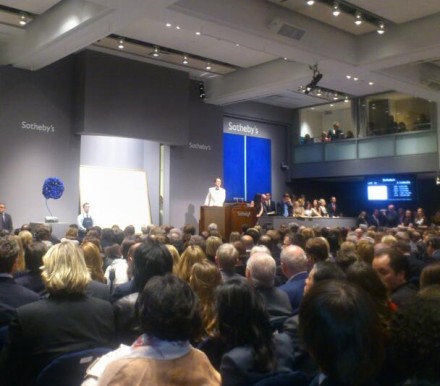 Other notable work exceeding projected estimates included Dan Colen‘s 53 RD and 3 RD, which sold for $1,085,000, a Nate Lowman piece titled Black Escalade at $665,000, and a Richard Prince at $545,000. A Mark Grotjahn, Untitled Yellow Butterfly II 782, lit up the room as it was brought out on display and sold for a nice 2,105,000, nearly doubling the estimated price, and continuing a strong week for the artist at auction.  Most impressive, however, was Jeff Koons The New Jeff Koons sold for over two times its high estimate at $9.4 million, causing a slight commotion during the bidding and a round applause as Meyer closed the lot. 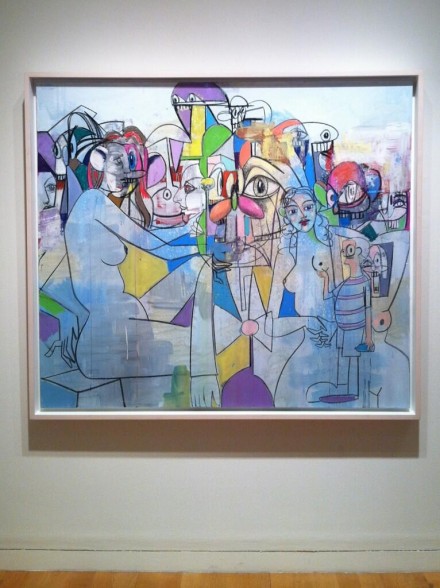 Several pieces were on sale from Artists for the Whitney of the Future to benefit The Whitney Museum of American Art’s New Building Project, and many sold well over their high estimates. The evening’s first lot, an untitled Cy Twombly, Untitled work on paper sold over the high estimate of $700,000 fetching an impressive $1,385,000. A John Currin painting titled Lydian sold for a whooping 2,965,000, as four bidders competed well beyond its high estimate of $700,000.  Purple and Yellow Abstraction,by George Condo, also beat its estimate by a healthy measure, selling for $1,055,000. 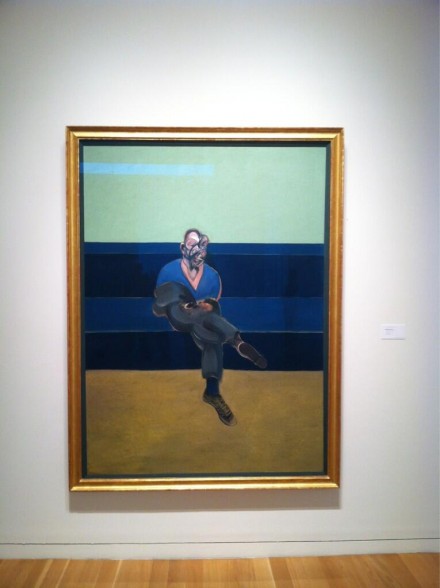 Francis Bacon, Study for a Portrait of P.L. (1962), via Daniel Creahan for Art Observed

Of the 64 lots offered, 11 did not sell, including Francis Bacon‘s Study for Portrait of P.L., estimated at 30-40 million, a Mark Rothko estimated at $6-8 million, as well as works by Alexander Calder, a Hans Hoffman and several of the Jeff Koons pieces available. Notables amongst those present in the room who managed to win their bidding were Philippe Segalot, Valentino, Jose Mugrabi, Adam Lindemann and David Zwirner.

With a strong showing of interested buyers, and a number of new records set for both living and deceased artists, Sotheby’s evening auction has set a competitive tone for the rest of the week’s auctions, which continue tonight at Christie’s.

This entry was posted on Wednesday, May 15th, 2013 at 11:09 am and is filed under Art News. You can follow any responses to this entry through the RSS 2.0 feed. You can leave a response, or trackback from your own site.