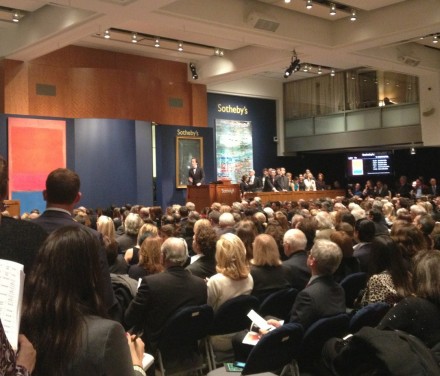 Sotheby’s saleroom with Rothko, No 1 (Royal Red and Blue) photo by ArtObserved

Last night Sotheby’s held its highest grossing auction ever. The Contemporary Art Evening Sale totaled over $375 million, just over the projected high estimate of $374 million. Auctioneer Tobias Meyer rejoiced stating “I can hardly express how thrilled we are.” According to Sotheby’s, it has experienced a record-breaking year in 2012, with Contemporary Art sales totaling over $1 billion. 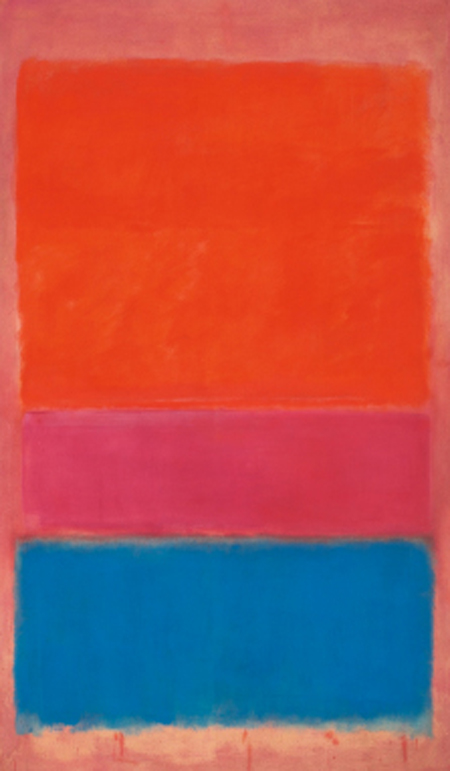 Mark Rothko’s monumental No. 1 (Royal Red and Blue) stole the show, selling at over $75 million – the second highest total for the artist’s work a auction. The bidding for the vibrant Abstract Expressionist painting opened at $28 million and quickly jumped to $35 million. The interest expressed in the work was concentrated and aggressive; towards the end five bidders were competing for the painting. When the bids hit $60 million it ushered a reaction from the saleroom. After it finally hammered for $67 million, Tobias Meyer quipped, “Congrats, Charlie, this leads us to lot 20 and a glass of water.” 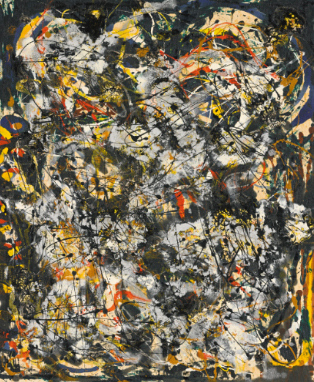 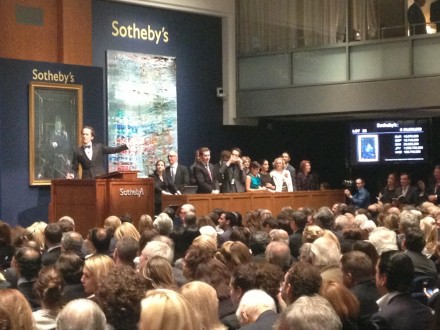 The other major record setting sale of the evening belonged to Pollock’s drip painting, Number 4, which sold for over $40 million – a record for the artist at auction. The artwork experienced consistent bidding, mostly in $500,000 increments. 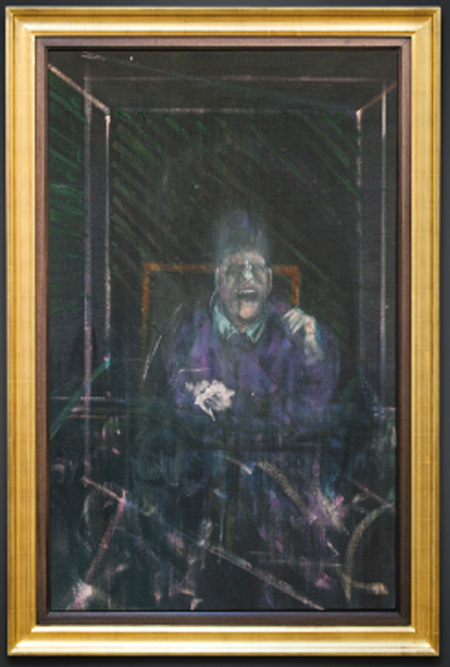 The third top lot was Francis Bacon’s Untitled (Pope) earning nearly $30 million. Following in fourth place was Gerhard Richter’s Abstraktes Bild from 1990, which sold for $17 million, within its anticipated “in excess of $16 million” estimate. 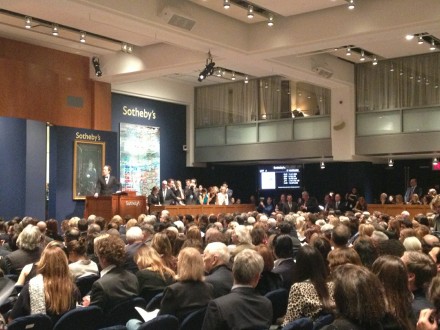 Richter at Sotheby’s, photo by ArtObserved 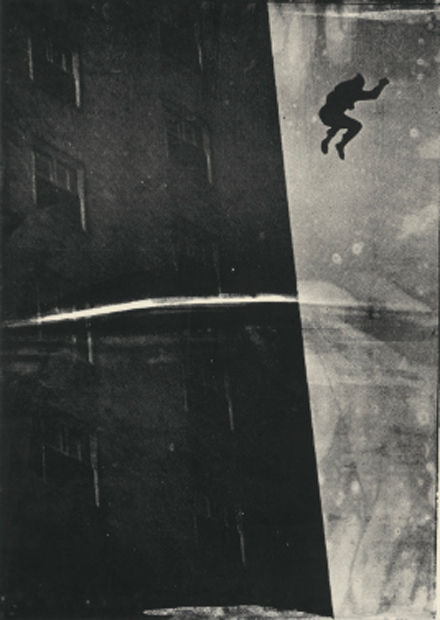 Warhol held the top fifth and sixth highest achieving artworks, as well as bringing in a combined total of $54 million for his artworks alone. Surprisingly, his seminal work on paper, Suicide, sold for $16 million – breaking the artist’s record for a work on paper at auction, and soaring over its projected high estimate of $8 million. In fact, the other two Warhols on paper, The Kiss (Bela Lugosi) and Cagney, both sold at above their high estimates. Warhol’s Green Disaster (Green Disaster Twice) earned $15 million, also above its expected estimate of “in the region of $12 million.” 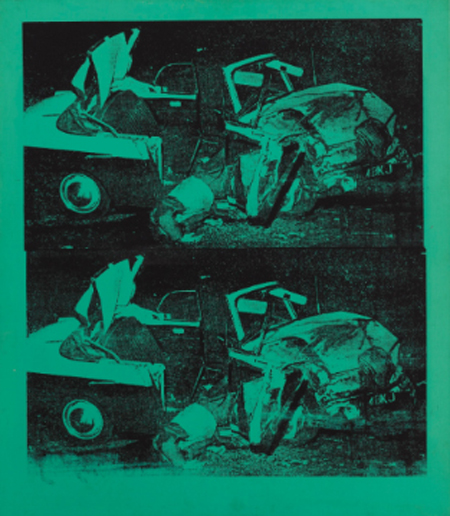 Of the 69 lots offered, 58 of them sold – a sell by lot value of 84.1%. More impressively, the sold by value was an unbelievable 95.6%. According to Sotheby’s, there was a strong contest in bidding with a deep international interest. Despite the previous week’s seemingly lackluster auctions, Sotheby’s pointed out that that the quality of the work was of a high caliber at tonight’s Contemporary Evening Sale.

This entry was posted on Wednesday, November 14th, 2012 at 7:48 am and is filed under Art News, Auction Results. You can follow any responses to this entry through the RSS 2.0 feed. You can leave a response, or trackback from your own site.