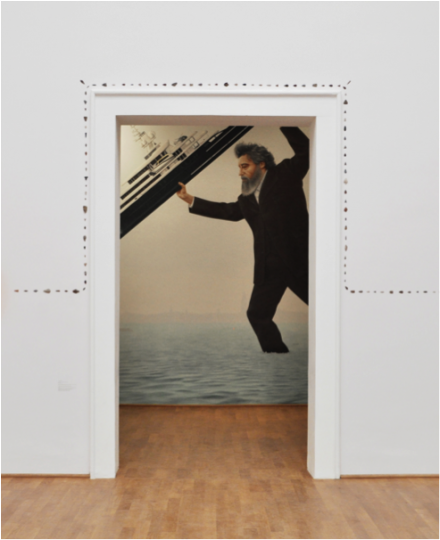 With the impressively well-stocked selection of pavilions at this year’s Biennale, the United Kingdom has turned to Turner Prize-winning artist Jeremy Deller to represent the country, presenting a complexly layered thematic exhibition titled English Magic.  Best known for his restaging of the miners’ strike battle of Orgreave in 2001, his 2009 road trip though America with a car wrecked by a bomb in Iraq, and his 2012 touring bounce house version of Stonehenge, Deller has brought his controversial, political resumé to bear on the largest stage for his country’s creative reputation, creating a visually aggressive criticism of modern wealth. 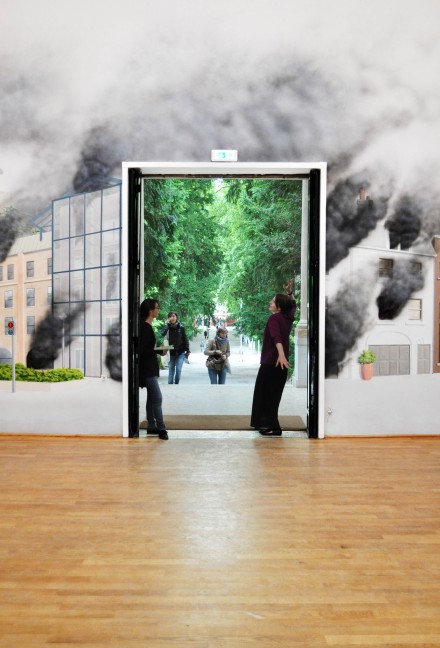 Taking a broad view of British society through the past, present and imagined future, Deller’s exhibition summons inspiration and material from the nation’s people, icons, traditions, history and politics. The factual histories are woven with fantastical threads to create contemporary interpretations, subtly combining fact and fiction. The result is a parallel, surreal world that is still easily recognizable and relatable for the viewer. 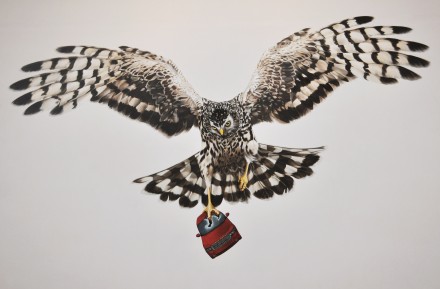 The exhibition is comprised of 6 rooms, each of which has its own distinct sub-theme while tying into Deller’s larger narrative. Of particular note are a series of strikingly large murals, depicting images from Deller’s various imagined narratives.  The first of which is immediately visible when walking up the avenue towards the Pavilion, depicting a large bird grabbing and destroying a range rover.  In an interview with the British Council, Deller stated that the scene refers to a 2007 incident in which two rare hen harrier birds were shot down dead over the Sandringham estate in Norfolk, England. According to the news at the time, the only two people shooting that day were Prince Harry and his friend William van Cutsem, which easily implicated them in the shooting. While the shooting of the protected birds usually results in imprisonment, no such sentences were passed out in this case. This was not the only reference to Prince Harry that Deller planned to exhibit. On the behest of the British Council, banners and posters with the words ‘Prince Harry Kills Me’ were removed from the show due to security concerns for British troops in Afghanistan and British Council offices abroad. 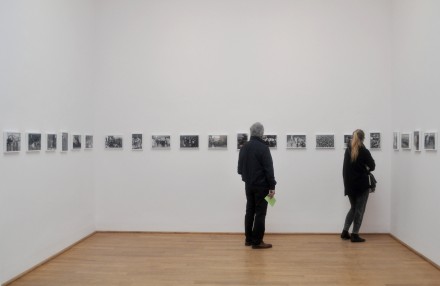 The second mural is displayed in the same room. This painting depicts the fictitious burning of St. Helier, Jersey in 2017. In this futuristic event the taxpayers will rise up and protest against the tax and corporate culture of the island. The town is being burnt to the ground, conjuring images of medieval sackings. Eerily, through the smoke the Union Jack can be seen waving on top of a hill above the smoldering buildings. 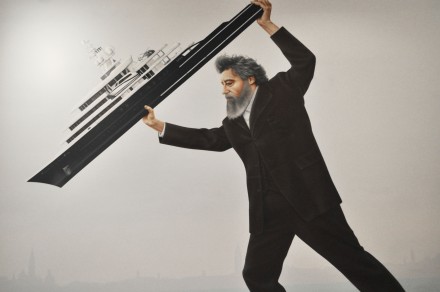 Jeremy Deller, We Site Starving Amidst our Gold, British Pavilion 2013

The third mural shows the return of 18th century artist, designer and social advocate William Morris from the dead in colossal form. Standing off the coast of Venice, the gargantuan Morris casts an equally enormous yacht, owned by Russian art dealer Roman Abramovich.  Coyly blending together the historial (Abramovich famously obscured a sizable part of the Venetian waterfront when he arrived to the Biennale in his boat in 2011) and the fictitious, Deller works to make explicit not only notions of control, wealth and power in the art world, but also Britain’s increasing involvement in the perilous financial network of the Eurozone, and Abramovich’s role in the post-Cold War purchase of state resources during the Russian privitization.  Underscoring the intimate relationship between state interests and questionably invested money, Deller’s installations challenge constructed images of British identity and propriety, while exploring an intricately connected network of financial and political bodies in which Britain is a major player. 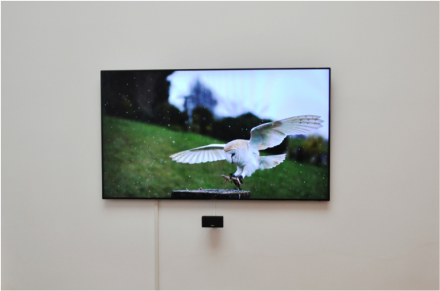 Another major component of the show is English Magic, a new video by Deller. The film aims to tie together the major themes underlying the Pavilion, providing a moving counterpart to Deller’s complex architecture of symbols and signifiers. In fact, Deller himself argues that the film acts as a glue, holding the Pavilion together. The 15-minute video shows the expansion of many of the ideas and themes of the show, as well as the processes of their creation. Notably, the music from the film, which performed by the Melodians Steel Orchestra of South London and recorded in Studio 2 of Abbey Road Studios (an famously British institution) in London, can be heard throughout the entire exhibition. 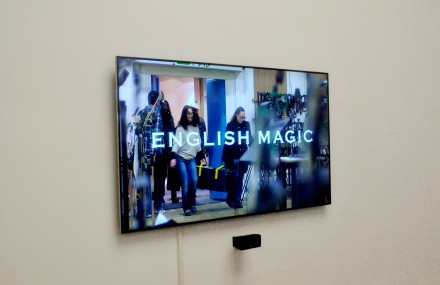 Lastly, in quintessential and almost comical English fashion, the Pavilion contains a tearoom, identified by the word ‘tea’ written in flint stones on the wall. Deller envisioned this room as a space for people to relax and contemplate the art of the Pavilion and of the Biennale in general.  It’s a fitting conclusion for a deftly arranged exhibition that regards the notion of Britishness in an ever more complex international landscape. 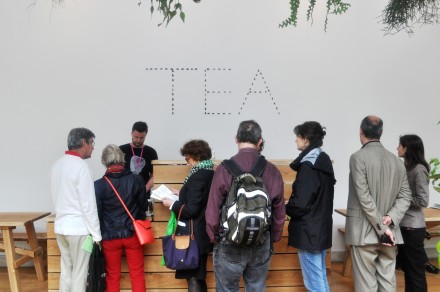 For a country long-regarded for its consummate national pride, Deller’s exhibition is a fascinating look at the implications of British identity in a world defined by international credit swaps, neoliberal economics, and a rapidly growing income gap between socio-economic classes.  Subtly extending contemporary situations and events into bizarrely significant and telling examinations of the country’s current global position, Deller offers a critique of the United Kingdom that mirrors the interconnected information environment of modernity.  Going beyond stimulating images tied to the British motherland, Deller’s pavilion welcomes extended exploration, using his large-scale works as a structured realization of networks of events, actions and information that provide ever more intricate perspectives of the British mindset in 2013. 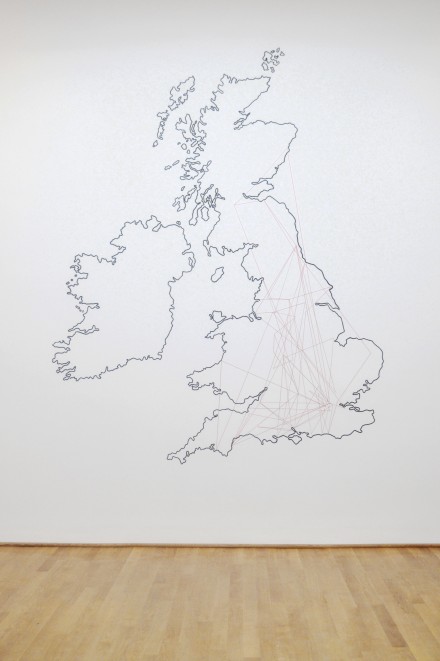 Jeremy Deller, Bevan Tried to Save the Nation, British Pavilion 2013

After the exhibition in Venice, at Giardini di Castello, the show will travel through Britain: to the William Morris Gallery,which recently won the Art Fund’s ‘Museum of the Year Award,’ then the Bristol Museum and Art Gallery, and finally the Turner Contemporary. The British Council and the Art Fund, the British national fundraising charity for art, are supporting the national tour. 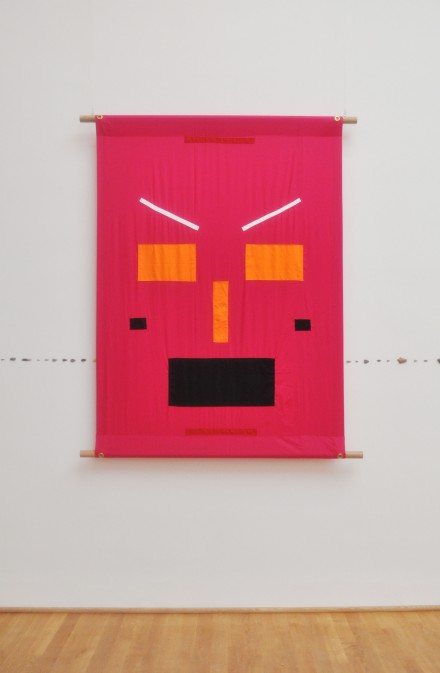 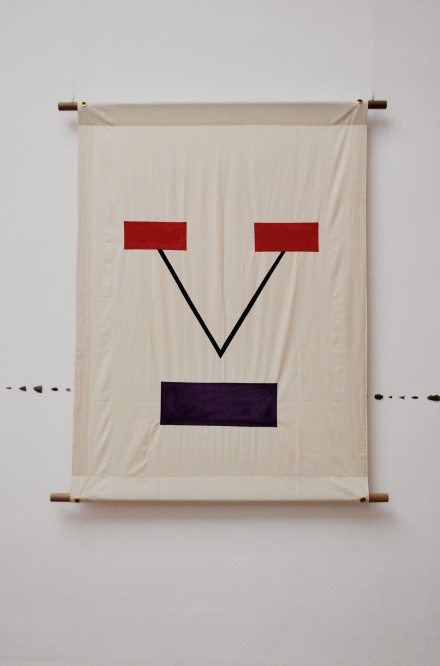 All photographs courtesy of Sophie Kitching

This entry was posted on Monday, June 10th, 2013 at 7:09 pm and is filed under Art News. You can follow any responses to this entry through the RSS 2.0 feed. You can leave a response, or trackback from your own site.