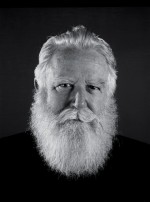 The New York Times has published an extensive profile on artist James Turrell in advance of his three museum retrospective opening this summer at the Guggenheim Museum, LACMA, and the Museum of Fine Arts, Houston, occupying 92,000 square feet in total, with some of Turrell’s most striking visual illusions and light works.  Profiling the artist’s career and body of work, the article covers the full range of Turrell’s discipline, including his massive project at Roden Crater.  “It has become, even unfinished, as important as any artwork ever made,” LACMA director Michael Govan said. “I know I’m going out on a limb here a little bit, but I think it’s one of the most ambitious artworks ever attempted by a single human being.”

This entry was posted on Monday, June 17th, 2013 at 2:28 pm and is filed under Art News. You can follow any responses to this entry through the RSS 2.0 feed. You can leave a response, or trackback from your own site.