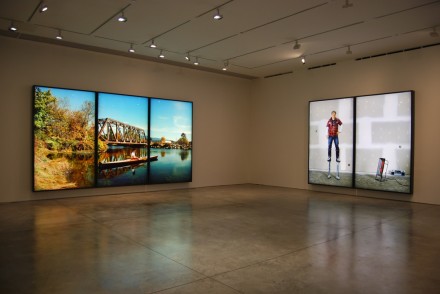 303 Gallery is currently presenting its seventh show with artist Rodney Graham, the inaugural exhibition for the gallery’s new home on West 24th Street, New York. In the works on display, Graham continues his allegorical self portraits, creating surreal scenes in hyperreal lightbox photographs. The humorous yet sympathetic works, often ironic re-constructions of esoteric references, give the sense of a private joke, playfully lampooning the absurdity of life. 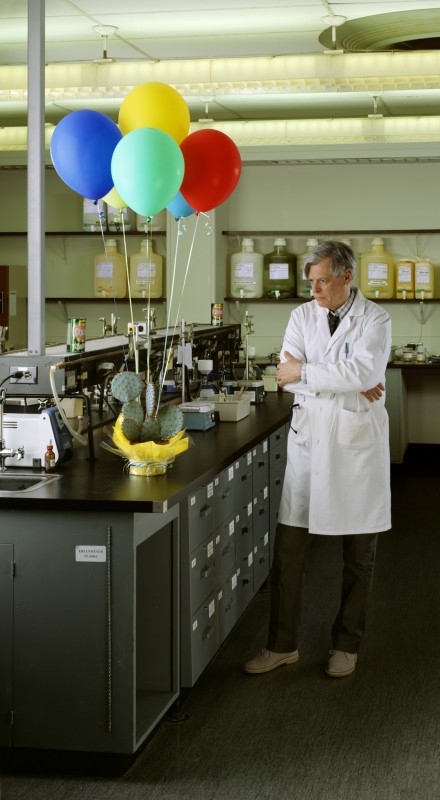 Incorporating diverse references into his works, Graham has made his mark on the world of conceptual and contemporary photography over the past thirty years, and this show continues his referential approach.  Two of the works on exhibition have clear lines back to 19th century paintings. In the Cactus Fan, Graham takes on Carl Spitzweg’s Cactus Enthusiast (1850) yet turns his version into a parody of the original. In Spitzweg’s version a scholar enthusiastically looks upon a cactus who appears to be looking back, delighting in the pair’s observational exchange. In contrast, Graham, in the almost life size photo, portrays an unamused professor staring at a cactus, whose balloons and mylar indicate it was perhaps a gift. The tightness of the professor’s stance and his gloomy expression have none of the joy of discovery or excitement for life as Spitzweg’s. Rather, the work emphasizes the absurdity of the exchange, replacing Spitzweg’s enthusiastic scientist with a confounded one. 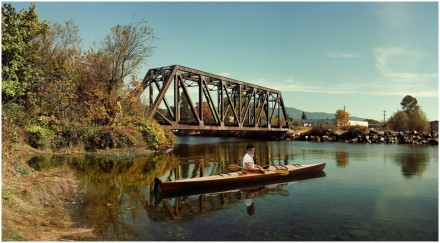 Paddler, Mouth of the Seymour, is a riff on Thomas Eakins’ The Champion Single Sculls (Max Schmitt in a Single Scull). Graham’s depiction hardly possesses the victorious and idyllic charms of its inspiration. Presented as a triptych, Graham is a weathered figure in an equally weathered landscape, who looks almost lost in his contemporary environment. The freshness and lightness present in Eakins’ work is also replaced with an opposing heaviness through Graham’s rust-filled, post-industrial landscape. 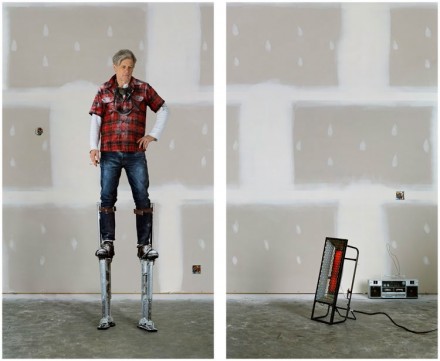 Although one can say that Graham’s works are highly referential, their specifics are not always so transparent. The Drywaller gently nods towards Abstract Expressionism, through its patterned background and perhaps one of its most famous creators as Jackson Pollack was often, if not always, photographed smoking. 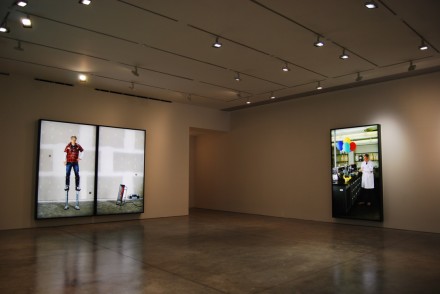 Graham’s character-focused scenes often evoke more of a sense of pathos then the pathetic. Their subjects, caught in quiet moments of either reflection or respite, give the sense that their stillness comes from acceptance of their environments, rather than surrender. Dissatisfaction, or perhaps the passage of time weighs on these characters, but does not weigh them down. Mixing the comical with the banal, Graham’s work here serves as a reminder of the delicate blend of humor, sadness and confusion that life consists of. 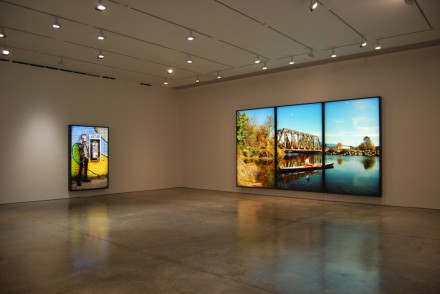 Rodney Graham also has a solo exhibition, Torqued Chandelier Release at the Art Institute of Chicago until June 21, 2013 and has been selected to participate in the 2013 Carnegie International in Pittsburgh.  His current show of work at 303 closes on June 15th.

This entry was posted on Saturday, June 8th, 2013 at 12:13 pm and is filed under Art News. You can follow any responses to this entry through the RSS 2.0 feed. You can leave a response, or trackback from your own site.