Chelsea’s Petzel Gallery is currently presenting a pair of new exhibitions examining the process of art creation and photography, as explored in the works of artist’s Troy Brauntuch and John Stezaker.  Taking notably distinct, attentive approaches to the photographed image, these two artists present new entries into well-established bodies of work, while adding new wrinkles and conceits to their practice. 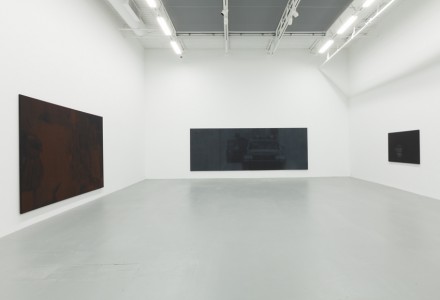 Taking up two of Petzel’s sizable gallery rooms, Pictures Generation artist Troy Brauntuch’s paintings and photography play on the role of the image in memory, locked between the subject’s set of perspectives and the event itself.  Painting with dark, subdued pigments on cotton, Brauntuch’s works become testaments to a dying image, bleeding into the darkness surrounding it.  Dark and occasionally disturbing, the works welcome a lingering examination, passing over the blurry details of the image to examine the remaining elements, and the emphasis placed on each element of the work. 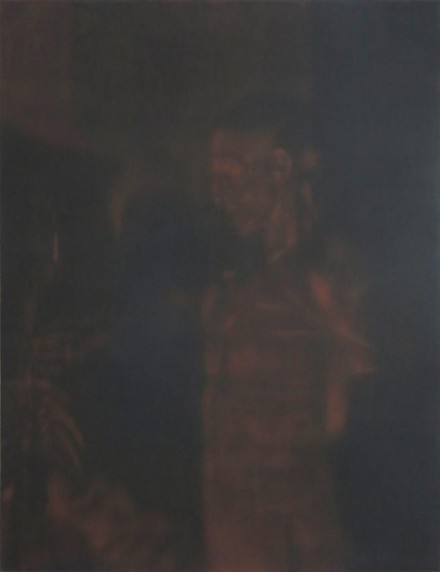 Utilizing images of power and control (arrested prisoners, police cars) alongside classically composed works (still lifes, figurative portraits), Brauntuch’s newest works continue his examination of the image as a cultural construct, informed by the viewer so much as they are informed by his own experiences.  Memory acts here as an obscuring force, slowly but surely eradicating the image before it can be properly catalogued and depicted.  The viewer then, is left grasping at straws towards the full context of the event, instead presented with the areas of emotional or physical potency. 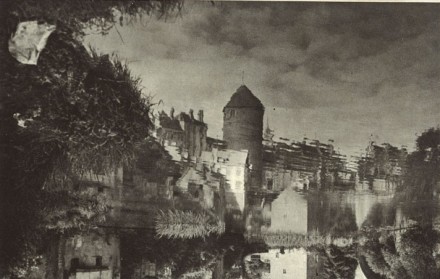 In the adjacent gallery, John Stezaker is exhibiting his third show of solo work with the gallery.  A pioneering member of the British conceptual arts in the 1970’s, Stezaker’s work has often focused on the role of the image, and its position in society.  Pulling from a long-gone era, the artist uses older photographs to create surreal, meditative collage landscapes or minuscule frameworks through which the image itself is prioritized. 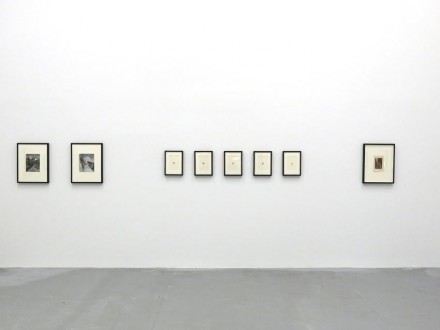 Often using a single incision, Stezaker’s photographic collages (if one could call them that) consist of a single juxtaposition of two images, so tightly joined by their own interior geometries that the incision often goes unnoticed.  The result is a work that sits between fiction and fact, a forgotten time period further abstracted and reformulated by Stezaker’s creative intrusions, concision, and carefully constructed architecture.  In other works, Stezaker whittles the full image to a fraction of itself, offering a close-cropped focus on slight aspects of a larger photograph. 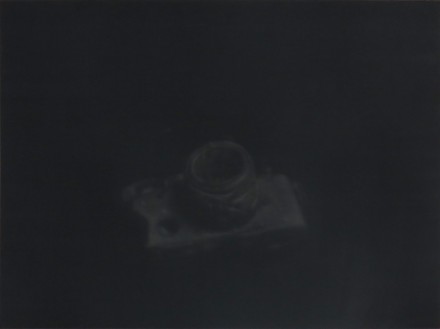 While offering initially disparate takes on the post-modern role of the image in society, Stezaker and Brauntuch offer intriguing and complementary perspectives into the role of the image in art and society.  Standing somewhere between pure representation and artifact, the artists make explicit the various external forces working on both the viewer and the viewed, both within the work itself, and in the act of creating and presenting the piece.  What results is a stylistically diverse show that plays at both the interior and exterior conditions of the artwork itself. 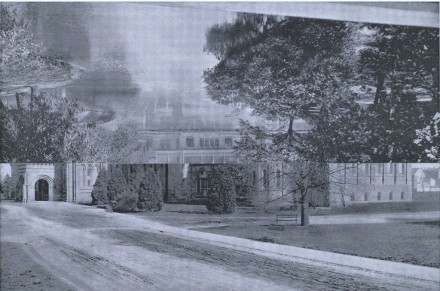 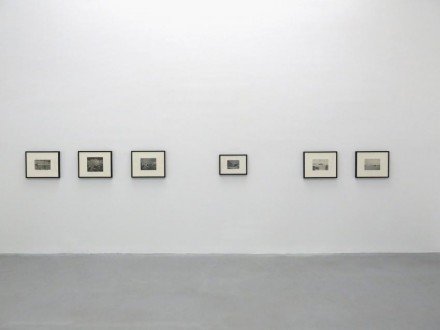 Illuminating the complex dichotomies at play within the contemporary arts perspective, Petzel’s current show is a thoughtful and intriguing inquiry into the conditions for viewing art itself, and is highly recommended.  The show closes on June 13th. 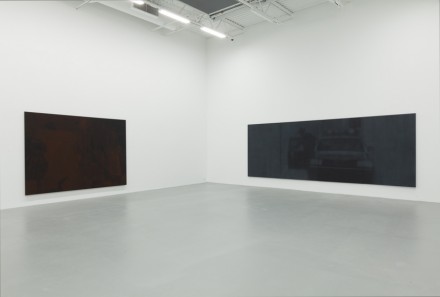 This entry was posted on Friday, June 7th, 2013 at 1:29 pm and is filed under Art News. You can follow any responses to this entry through the RSS 2.0 feed. You can leave a response, or trackback from your own site.