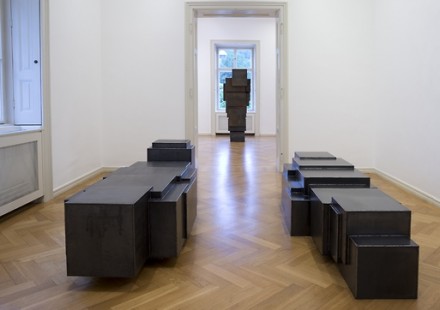 Antony Gormley’s sculptures continually revisit the human form, using a variety of principles in measurement, position, space and density to chart the human body through sharp angles and jutting lines. Taking this jutting, architectural approach to figuration, the artist’s work poses intriguing questions of how humanity recreates its own inherent forms, and the dissonances that occasionally enter the dialogue between subject and object. 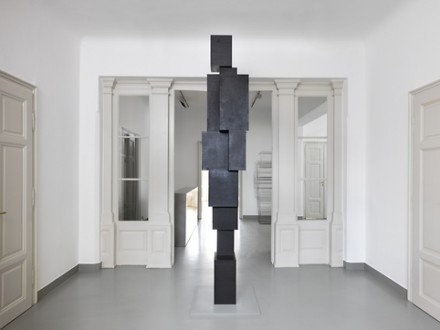 For his most recent show, Meter, at Thaddeus Ropac’s Salzburg location, Gormley continues his investigations into form and space, rendering works in both solid block forms, as well as long stretches of unbroken wire, each exploring both the human form and the work itself as an assemblage of elements; composing complex forms from a series of pieces working together through their proximity.  Pulling from several of the artist’s series of the past 5 years, Meter presents Gormley’s work as a series of interlocking projects, examining the variations in thought and practice moving through a series of visually similar works. 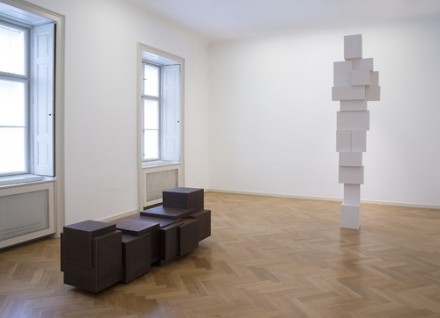 Having established a relatively concise aesthetic language, Gormley’s recent work addresses the contentious acts of measurement and quantification as it plays out in his depictions of the standing, sitting, or lying models in his pieces.   In some works, the artist gradually shifts the measurements and sizes of his blocks and pieces, creating a work that gradually breaks away from familiarity while remaining tenuously tied to the original body.  In other works, the whole form is proportionally altered, creating a final work that seems as if the body has been divided in half, or stretched to a new length.  These mild architectural alterations immediately challenge the viewer, asking where the subject ends, and the work itself begins. 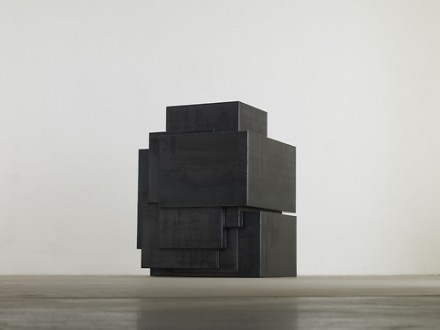 Position and assemblage also take on new meanings, requiring proper architectural practice to bring these works to realization.  Gormley applies cantilevered weighting systems and other techniques to each individual construction, depending on the position and orientation of his works.  The demands of creation, then, end up partially defining them as well, working hand in hand with mathematical and design principles to produce the final product. 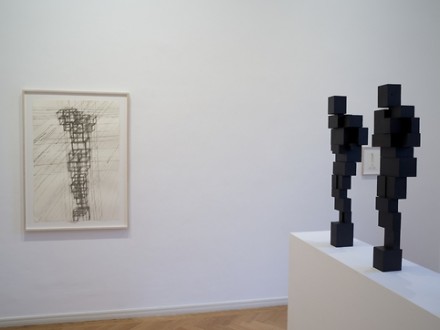 In a certain sense then, one could consider Gormley’s project as one involved with the act of translation itself, with each sculpture tied to the preconceived or immediately associated forms of the human body and its requirements for creative interpretation, then pulling from these perceived beginnings and architectural concerns to lend weight to the new sculptural form.  Moving between expanding and shrinking the sizes of his subjects, Gormley places his subject matter in play with the languages used to express it, creating a diversified working process that is as essential to the work as the final results. Meter is on view until July 13th. 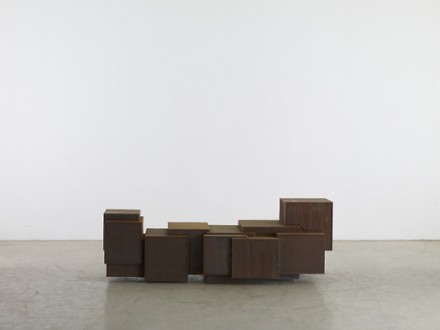 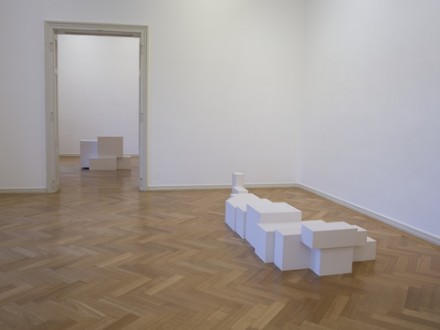 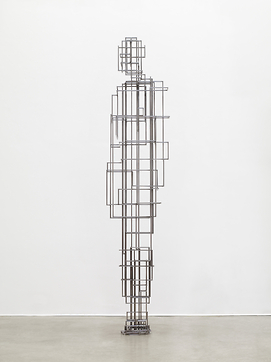 This entry was posted on Wednesday, July 10th, 2013 at 6:48 pm and is filed under Art News, Go See. You can follow any responses to this entry through the RSS 2.0 feed. You can leave a response, or trackback from your own site.