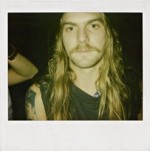 Distributed Arts Publishers has released a new monograph of polaroids by Dash Snow, titled Dash Snow: I Love You, Stupid. Featuring over 400 of the artist’s photos, the book documents the globe-trotting hedonism and early 2000’s art world he once noted that he “wouldn’t remember otherwise,” alongside his friends and fellow artists Dan Colen and Ryan McGinley.
Read more at Animal

This entry was posted on Thursday, August 8th, 2013 at 8:01 pm and is filed under Art News. You can follow any responses to this entry through the RSS 2.0 feed. You can leave a response, or trackback from your own site.