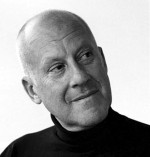 British architect Norman Foster has resigned from the proposed expansion of the Pushkin Museum in Moscow, a projected $670 million project that had seen numerous delays over disputes and arguments between officials and preservationists. “Foster & Partners took this action because the museum, for the last three years, has not involved us in the development of the project, which was being carried out by others.” Foster’s firm said in a statement.

This entry was posted on Wednesday, August 21st, 2013 at 8:57 am and is filed under Art News. You can follow any responses to this entry through the RSS 2.0 feed. You can leave a response, or trackback from your own site.