Glenn Brown, Ornamental Despair (painting For Ian Curtis) Copied From ‘the Stars Like Dust’, 1986 By Chris Foss (1994), via Sotheby’s

Another session of competitive auctions wrapped up this evening in London, with Sotheby’s Contemporary Art sale providing an uneven, yet overall successful auction of contemporary works during the ongoing events of Frieze week, bringing forth a total sale amount of £21,459,000, with 7 of the 49 works remaining unsold.

While the New York-based auction house has faced considerable turbulence over the past months, as activist investor Daniel Loeb has sought to destabilize the company’s CEO Bill Ruprecht, the auction house still brought forth an impressive auction roster, topped by the £3.5 million sale of its cover lot, Glenn Brown’s Ornamental Despair (painting For Ian Curtis) Copied From ‘the Stars Like Dust’, 1986 By Chris Foss, a massive, sci-fi influenced work.  Other notable sales included a 1984 canvas by Jean-Michel Basquiat, which sold for £1,426,500, and a Calder  mobile, which carried a final price of £1,258,500, selling back to back. 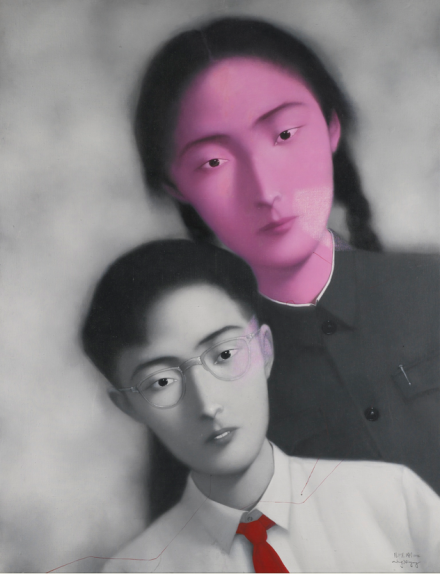 Oscar Murillo also continued his strong run through the London auctions, with his work Champagne commanding another impressive increase over its estimate, finally selling for £212,500, a marked increase over its high estimate of £60,000.  A recent Paul McCarthy sculpture from his White Snow series also performed well, bringing in £482,500, only a few months after the artist’s landmark shows at the Armory and Hauser and Wirth in New York.  A Nate Lowman bullet hole also doubled its estimate, selling for the final price of £206,500. 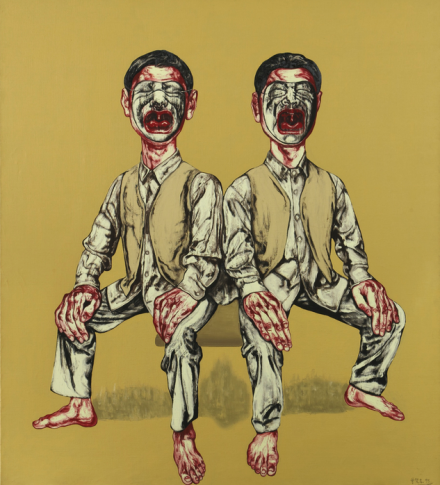 The auction’s trio of contemporary Chinese works performed somewhat strongly as well.  While a Zhang Xiaogang painting failed to sell, works by Zeng Fanzhi and Yan Pei-Ming managed to achieve expected sales levels, with the former selling for a considerable £1.2 million.  Even so, 14% of the works on hand failed to find buyers, including a highly valued Gerhard Richter, as well as large works by Juan Muñoz and Andreas Gursky.  Andy Warhol’s Abstract Sculpture also failed to sell. 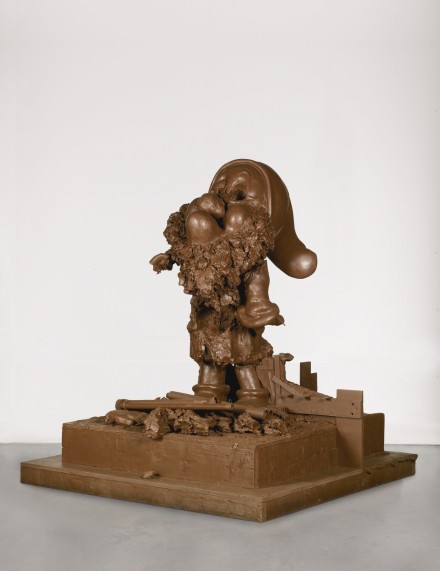 Achieving a considerable sales record in the face of internal dissonance, Sotheby’s brought its best foot forward in London tonight, and the attention now turns to Christie’s tomorrow, watching how the rival company will answer. 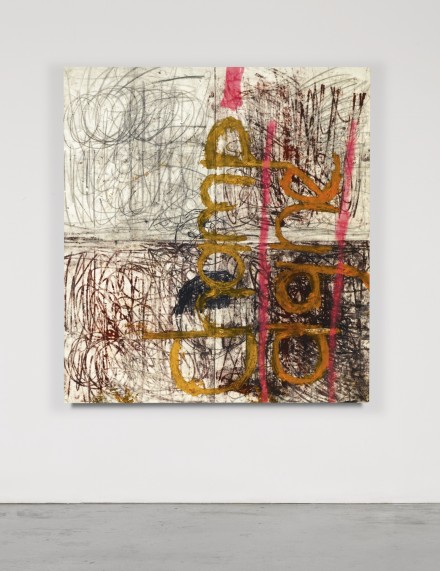 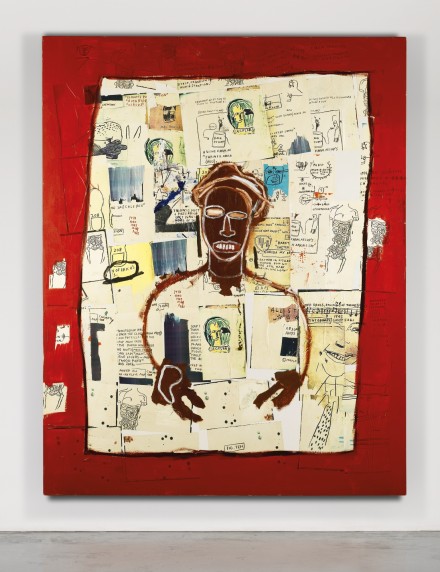 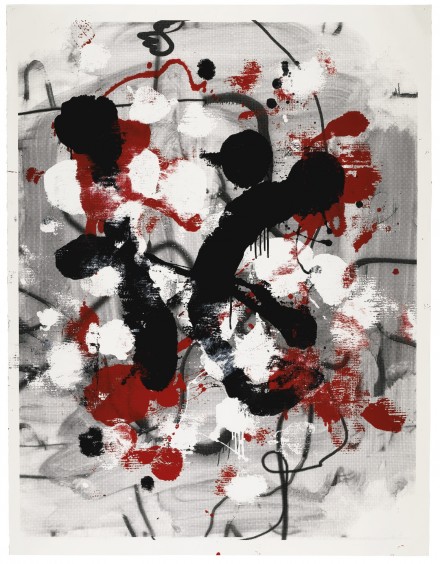 This entry was posted on Thursday, October 17th, 2013 at 6:37 pm and is filed under Art News. You can follow any responses to this entry through the RSS 2.0 feed. You can leave a response, or trackback from your own site.