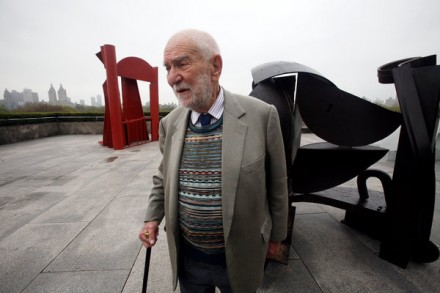 The widely recognized British sculptor Sir Anthony Caro passed away today after suffering a heart attack.  He was 89.  A former assistant to Henry Moore, Caro first made a name for himself in the 1950’s and 60’s, creating roughly rendered, abstract structures which he used as a gradual transition away from the traditionally figurative work of the medium.  “I have been trying to eliminate references and make truly abstract sculpture, composing the parts of the pieces like notes in music,” he said in 1975.

Sir Anthony Caro, Déjeuner sur l’herbe II (1989), via Tate ModernAs his career progressed, Caro became increasingly focused on elegant, minimal forms to express the interaction of space and form, color and light.  Drawing inspiration in equal measure from Classical Greek architecture and the roiling forms of abstract expressionism, his work became a lightning rod for the turbulent changes of the post-war art world, constantly reinventing itself as the years progressed.  “The art in sculpture depends in a large part on the immediate putting into real physical materials of the artist’s feelings,” he once said. “All my work has about it a degree of spontaneity; this is something I strive for.” 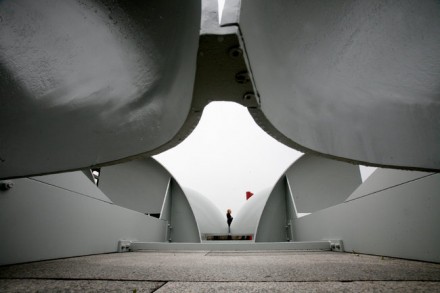 On top of his definitive body of work, Caro was also a frequent collaborator, including a notable partnership with architect Frank Gehry for a collection of wooden houses in 1987. 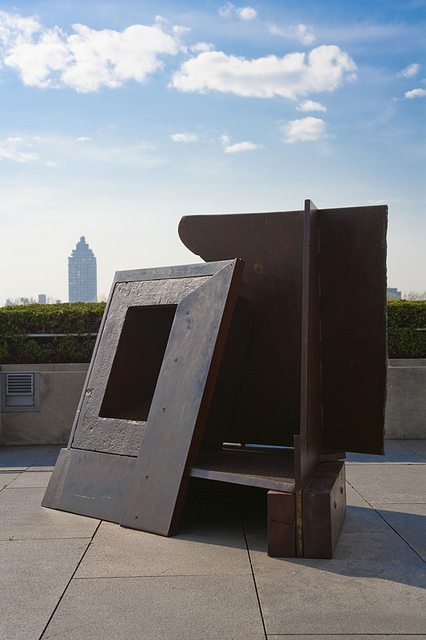 Anthony Caro on top of the Met, via Art Observed

The news was confirmed by Tate Museum Director Nicholas Serota, who said: “Caro was a man of great humility and humanity whose abundant creativity, even as he approached the age of 90, was still evident in the most recent work shown in exhibitions in Venice and London earlier this year.” 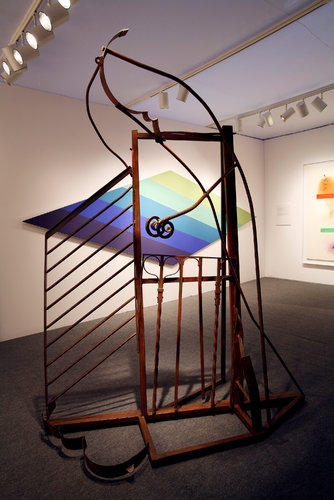 This entry was posted on Thursday, October 24th, 2013 at 6:35 pm and is filed under Art News. You can follow any responses to this entry through the RSS 2.0 feed. You can leave a response, or trackback from your own site.