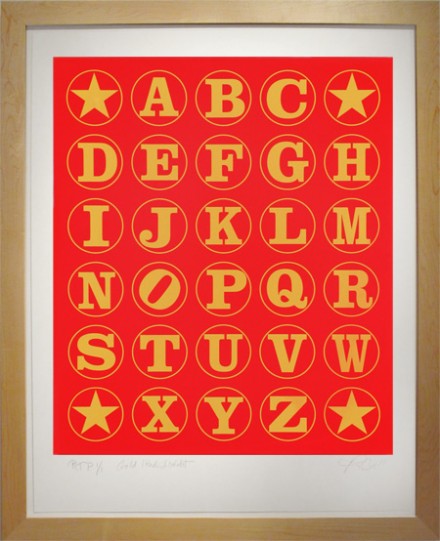 On view at Woodward Gallery in New York is American pop artist Robert Indiana’s most recent series on paper and canvas entitled “A – Z,” serving as a fitting accompaniment to the artist’s current show at The Whitney Museum.  Born Robert Clark in New Castle, Indiana in 1928, Robert Indiana is best known for his iconic LOVE series. He has also created similar works in the same style with short words such as EAT, HUG, and more recently, HOPE, from which all proceeds were donated to Obama’s presidential campaign in 2008. 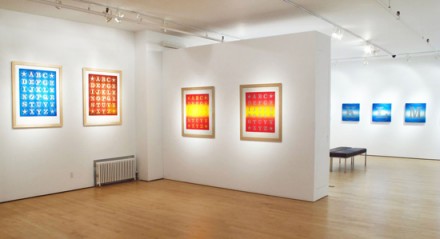 After serving for three years in the US Army Air Forces, Indiana studied at the Art Institute of Chicago and the Skowhegan School of Painting and Sculpture in Maine as well as at Edinburgh University and Edinburgh College of Art. His works are included in permanent collections of major museums around the world, including the MoMA, New York; The Metropolitan Museum of Art, New York; Stedelijk Museum, Schiedam, The Netherlands; Detroit Institute of Art; the Hirshhorn Museum in Washington, D.C.; and the Los Angeles County Museum in California, to name a few. 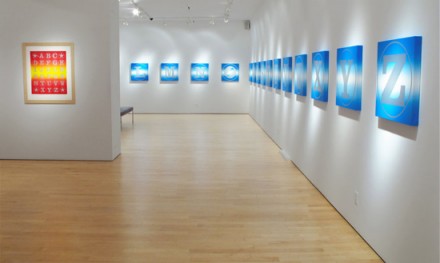 Indiana’s famed LOVE series, in which the word “love” is arranged in a square with a slanted “O,” has been reproduced in many forms, and has sold for as much as $4.1 million. Forms in which it has been reproduced range from screenprints and sculptures to christmas cards and postage stamps, and it has vecme an iconic image that is highly recognizable. In 1977 he created a Hebrew version of the work for the Israel Museum Art Garden located in Jerusalem. 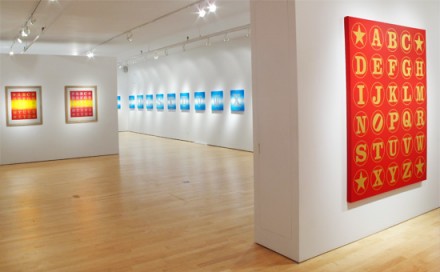 The current exhibition at Woodward Gallery features relatively new works, created in 2011 in his usual bold style, this time celebrating the English alphabet. The works are presented both on paper and canvas, in red, gold, silver and blue gradients. The “O” is slanted, referring to his famed “LOVE” image.  A study in material, language and typography, Indiana injects his signature letter forms into a new context, examining his body of work from a more elemental standpoint, and perhaps opening the door for new consideration of Indiana’s work in the field of graphic design.  At the same time, he boils his artistic language down to its raw elements, pointing out that the letters so much of his work are composed, in fact carry their own material and sonic signifiers.

A – Z will continue at Woodward Gallery through October 26th. 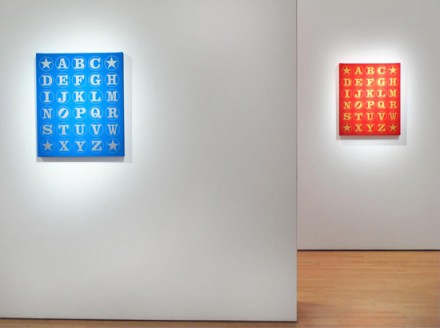 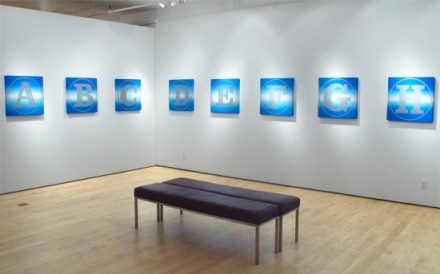 This entry was posted on Sunday, October 6th, 2013 at 12:00 am and is filed under Art News. You can follow any responses to this entry through the RSS 2.0 feed. You can leave a response, or trackback from your own site.