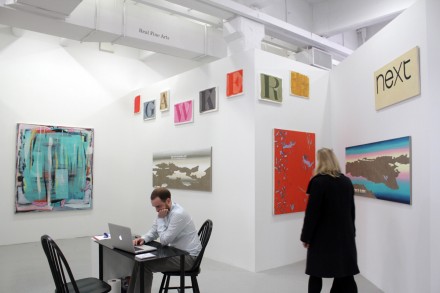 The Independent Art Fair opened its doors last evening for its vernissage, welcoming collectors and press to the increasingly popular fair at Chelsea’s Center 548 on 22nd Street.  With a markedly looser atmosphere, and a closely selected group of 50 galleries and non-profits, the Independent has moved into a desirable niche position between the bigger fairs uptown, and the list of exhibitors made this more than apparent.  Big names dotted the floors of the space, with Gavin Brown’s Enterprise returning to the fair, alongside Untitled, Balice Hertling and Michael Werner, all of which brought first-class works to the sale. 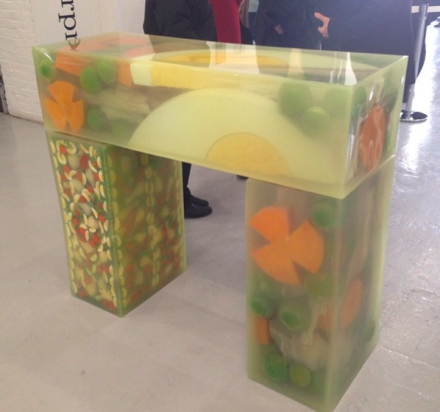 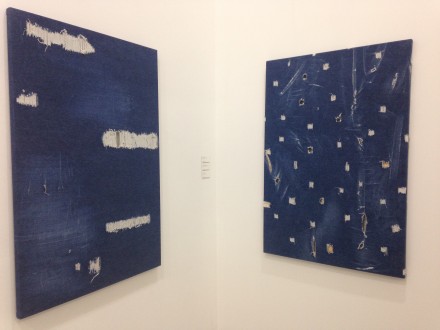 A number of high profile works could be seen this year.  Andra Ursuta’s Commerce Exterieur Mondial Sentimental sculptures which appeared at both Venus Over Manhattan and MoMA’s EXPO 1 last summer were on view courtesy of Ramiken Crucible, alongside much lighter work by the artist, an enormous set of transparent cubes, filled with super-sized components from a Ramen noodle soup.  While Artists Space showed an interesting set of light sculptures by Joan Jonas,  Sprüth Magers was also on hand, presenting a frightening sculpture by John Bock, depicting a woman pairing down her wooden counterpart with a chainsaw, amidst a flurry of papers and sawdust. 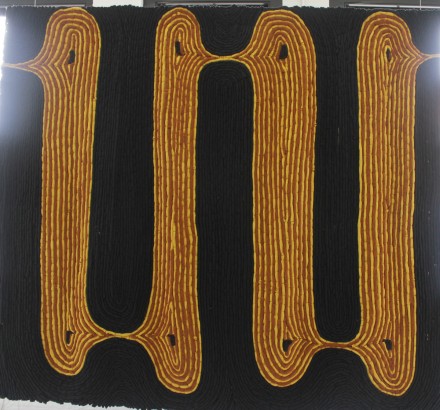 A number of interesting, floor-mounted works could also be seen throughout the fair this year.  Brazil’s Mendes Wood was exhibiting intriguing stacked brick and bronze sculptures by Adriano Costa, while McCafferey Gallery brought out a series of sculptures by Richard Nonas, angular blocks and forms scattered alongside the windows of the exhibition space. 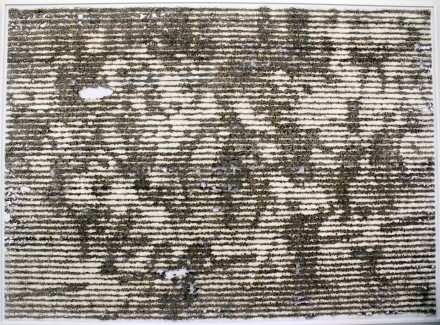 The Independent’s encouragement of experimentation and special projects could be felt as well.  The fair brought a special installation to the roof of the building this year, bringing visitors a unique space looking out over the city while they browsed.  Several floors below, Brad Troemel, a founder of online art collective The Jogging took full advantage of his special invitation to show at Untitled, and welcomed a group of nine young artists, among them Artie Vierkant and Wyatt Niehaus, each of whom are presenting a two to three hour presentation at the gallery booth.  In between each presentation, the artists are working in real time to transform the space, creating a haphazard, constantly in flux installation. 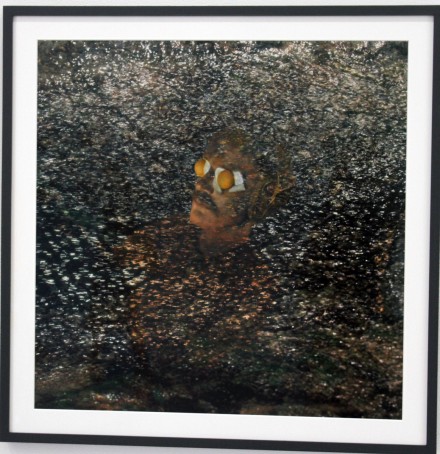 A similar approach to experimentation was embraced by Artists Space, which constructed a rooftop booksellers for the event, giving fair attendees a striking view of the city as they browse. 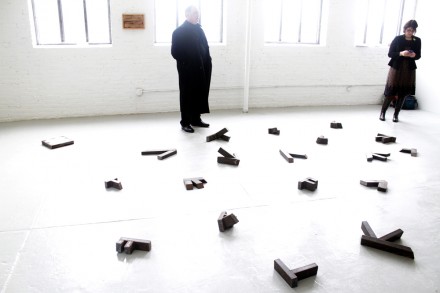 All in all, the carefully placed exhibitions continued The Independent’s impressive ability to run a world-class fair that feels more like a small biennial or large-scale group show, with floor space, open air and an affordable ticket making the event all the more appealing to the New York City art crowd.

The Independent is open through March 9th. 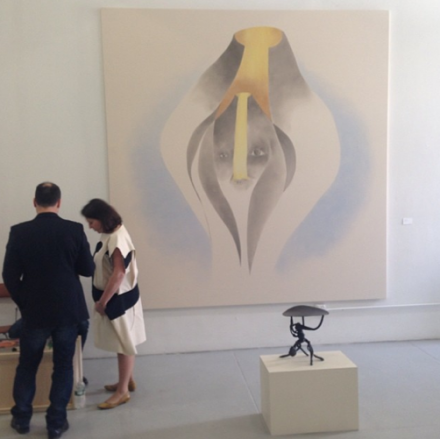 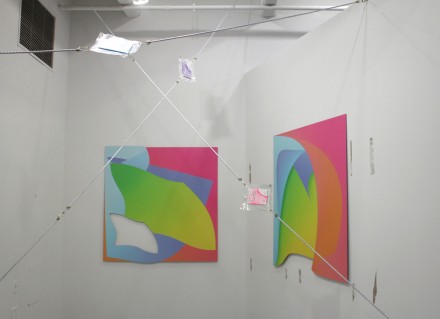 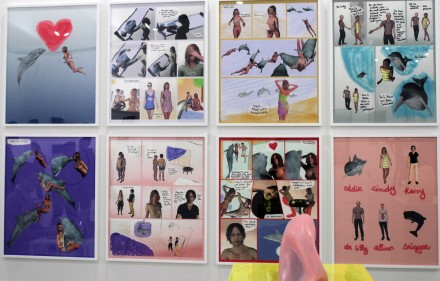 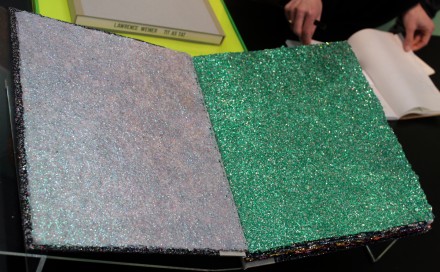 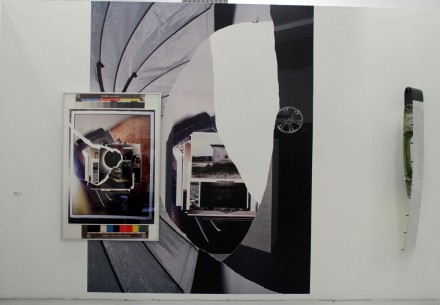 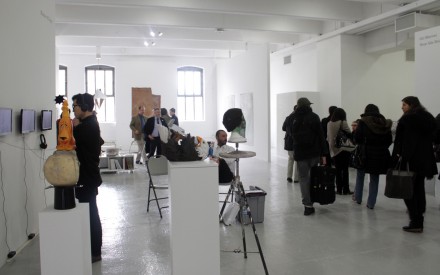 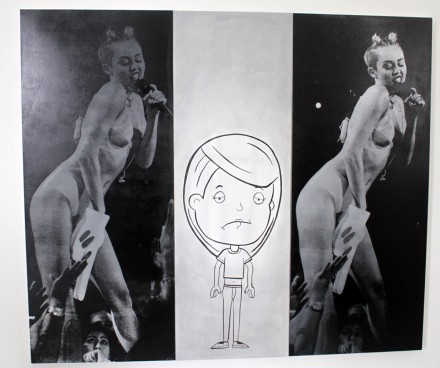 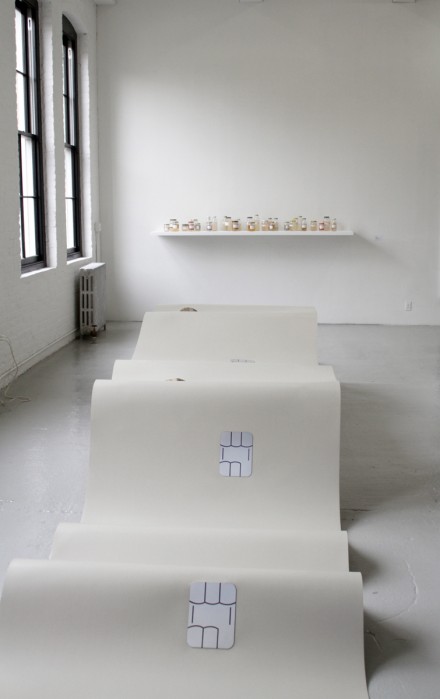 Read more:
“An Art Fair that Tries to Be Something Else” [New York Times]
The Independent Art Fair [2014 Site]

This entry was posted on Sunday, March 9th, 2014 at 1:42 pm and is filed under Art News. You can follow any responses to this entry through the RSS 2.0 feed. You can leave a response, or trackback from your own site.