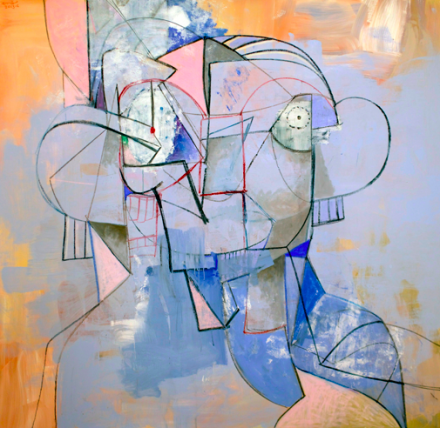 In the middle of 2013, George Condo fell ill with legionnaire’s disease and triple pneumonia, a combination of illnesses that left the prolific artist at death’s door.  Traveling between Berlin, London and New York, the artist’s demanding schedule finally got the best of him, placing him in the hospital for several weeks recovering.  It was during this time that Condo painted the works currently on view at Simon Lee gallery, a suite of paintings that see the artist branching ever further into his particular approach to portraiture and abstraction. 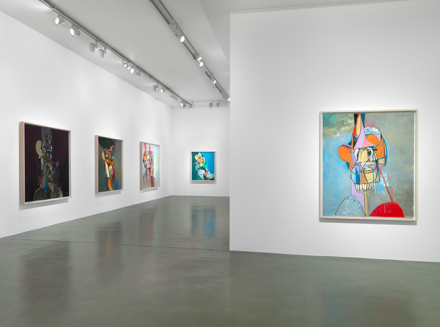 Departing from his already jagged, abstracted figures Condo is already synonymous with, his new show Headspace takes these initial elements to an even more intense, ragged place.  Faces and bodies seem to float away in the free-flowing placement of Condo’s lines and details, and he seems to have embraced an increasingly vibrant sense of color.  In Constellation Portrait, the facial features seem to nearly separate into two separate figures laid over each other, as if the subject was on the verge of disintegration. 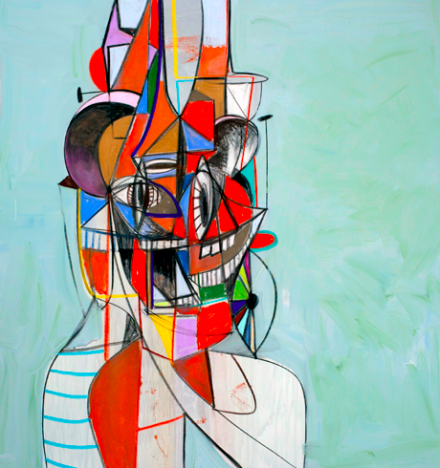 Other works take a different tack; sharp, hyper-compressed figures that seem to explode out from the canvas with a rugged enthusiasm.  Out of the Blue, for instance, is all hard lines and corners, pulling the eye directly into a morass of rich grays and violets.  Condo’s control is impressive here, loading the picture plane with details while feigning to push the work into full collapse. 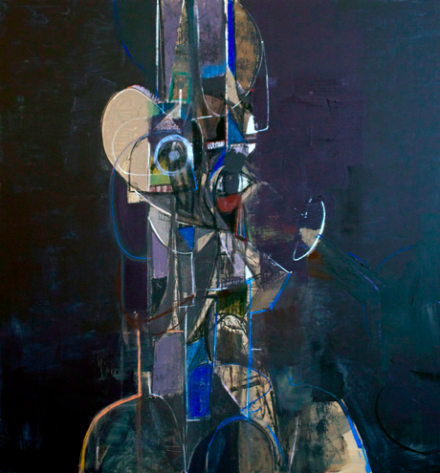 But always, the face remains Condo’s most intriguing subject here, both in his deconstructions and fervent embellishments.  Familiar forms and details make themselves felt throughout, from the comical eyes that frequently mark past canvases to his more dizzied, swirling facial features.  In In Darkness, this focus seems to reach its pinnacle, a slight figure torn between chalky, charcoal scrawls and meticulous blocks of color.  For all its strangeness and abstraction, a passion for the human form, both away from the canvas and within the art historical, is readily apparent. 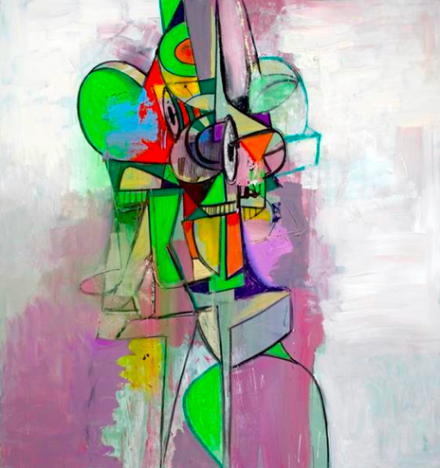 Perhaps best viewed as a cast of characters in Condo’s ever-broadening universe, something new can be detected in this series of works.  In this bolstered color palette, Condo’s figures feel closer to life than ever before, even as they move further into the fragmented headspace that has come to define Condo’s practice.

Headspace is on view through March 22nd. 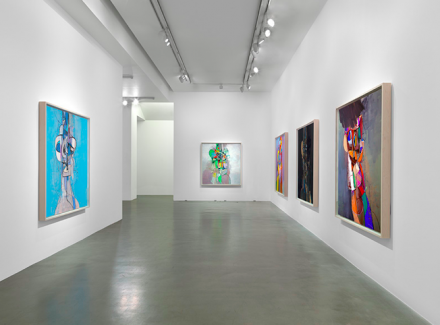 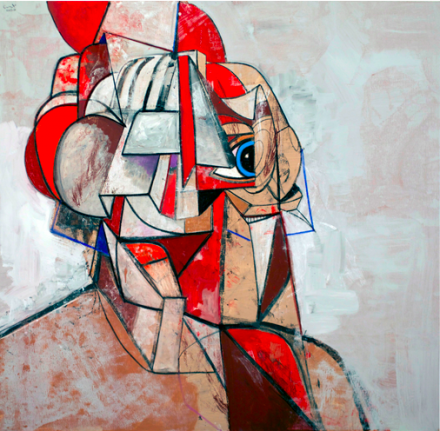 This entry was posted on Friday, March 21st, 2014 at 12:00 am and is filed under Art News. You can follow any responses to this entry through the RSS 2.0 feed. You can leave a response, or trackback from your own site.