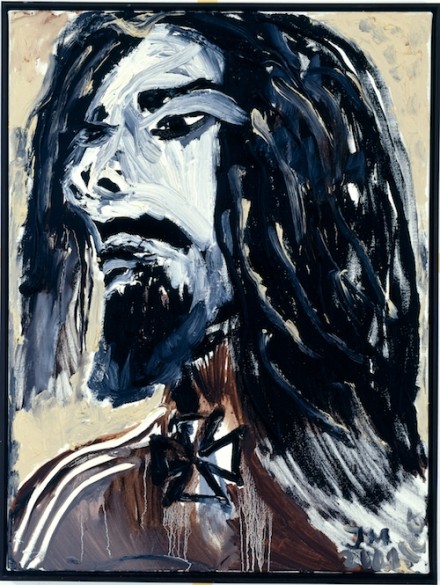 Born in 1970, Meese is a painter, sculptor, performance artist, and installation artist living and working in Berlin and Hamburg. He often creates multimedia works such as collages, drawings, and writings, and has also worked within theatrical contexts. He attended the Hochschule für bildende Künste Hamburg without completing his studies and had his work presented at the first Berlin Biennale in 1998.  He has since exhibited work at Stuart Shave/Modern Art in London, the Tate Modern, Ausstellungsraum Schnitt in Cologne, MOCA North Miami, and Galerie Daniel Templon in Paris. 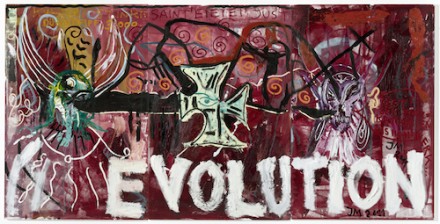 Meese’s artistic practice began with drawing, after which he moved into painting, which represents the majority of his body of work. He created his first paintings with oil on canvas in 1993 just before he began attending University, after which he shifted to working exclusively with performance and installation for a period of a few years. After this period, he returned to painting and received more attention for his paintings than before, using his interest in the stage as inspiration for large scale historical paintings. 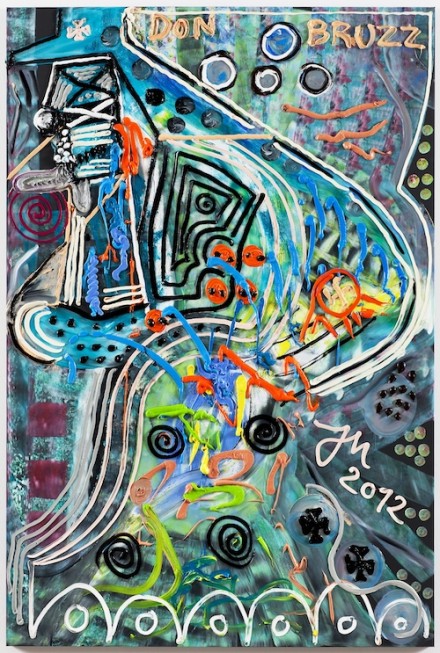 Meese focuses the content of his paintings on the forces of power and control in political entities and systems, particularly those present within German history. He often uses emotionally charged symbols such as the swastika, iron and Latin cross, and the “Hitler salute,” overemphasizing them in an attempt to decrease their power within our society today, hoping to eventually render them ineffective.

The exhibition at MdM Münchsberg opened on November 16, 2013 and will remain on view through March 9, 2014. 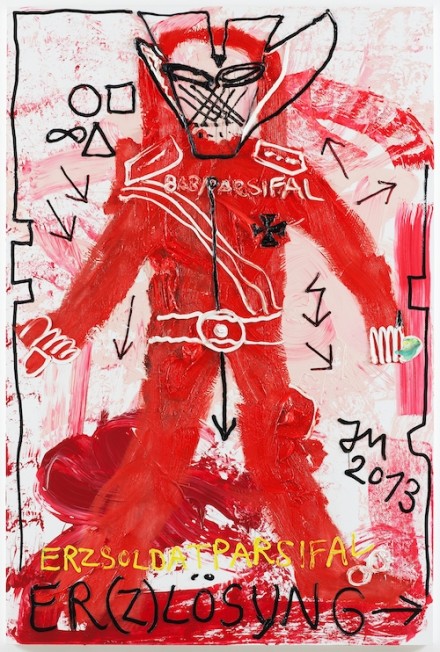 This entry was posted on Tuesday, March 4th, 2014 at 2:57 pm and is filed under Art News. You can follow any responses to this entry through the RSS 2.0 feed. You can leave a response, or trackback from your own site.