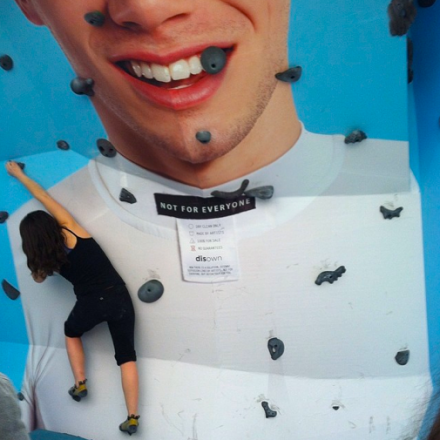 Dis has always had one foot in the world of fashion.  Its close ties to Hood by Air and Telfar Clemens notwithstanding, the New York-based collective has a long history of covering contemporary fashion and arts with a similarly detached eye, always seeking to underline the commodity culture lurking behind the guise of both “high arts.”  Now, the group is taking its longtime skirting of the line between art and commerce to a new level, opening its “retail diffusion” shop DisOwn at Red Bull Studios this week during Armory Week. 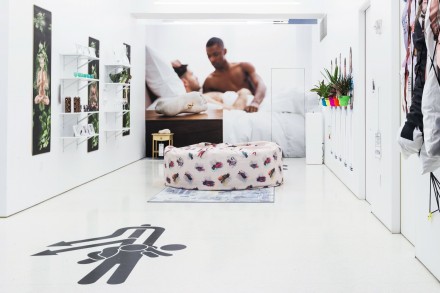 DISown at Red Bull Studios (Installation View), via DisDISown takes art, fashion and commerce to its natural conclusion: a tightly curated retail shopping experience offering products and clothing from some of the art world’s most significant players and young upstarts: Ryan Trecartin, Korakrit Arunanondchai, Jon Rafman, The Jogging, Bjarne Melgaard, Hood by Air, 69 and more all have pieces for sale at the show, running the price range from $50 to $500, each playing on the tropes and iconography of retail therapy.  From a Hood By Air branded dinner set to a sweatshirt and sweatpants combo digitally printed with a denim and flames pattern, the pieces on view feel stuck somewhere between high-concept fashion and a chain store markup. 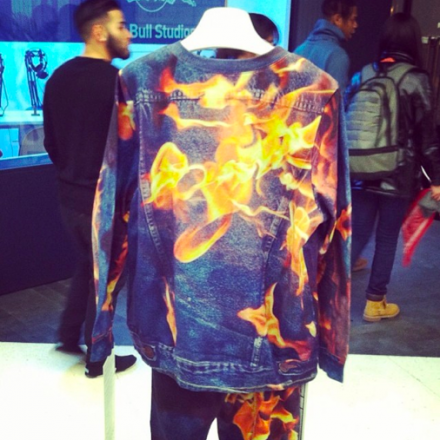 “Most of the artists are interested in new ways of producing their work, and distributing it,” says curator Agatha Wara.  “It’s partially rooted in the fact that many of these artists are in some way or another practicing online, and a lot of the work speaks to how they might use major factory production and mass imagery .” 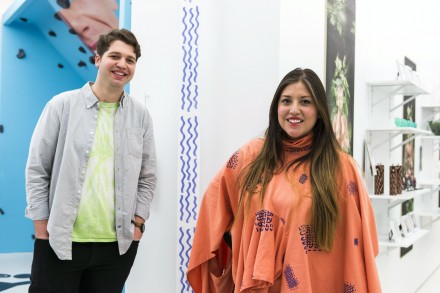 Tucked into the Red Bull Studios storefront on 18th Street in Chelsea, the installation (created by Lizzie Fitch), is something of a novelty in itself, filled with workout equipment, rope sets, and even a full size bouldering wall visitors are welcome to use to get a workout on while shopping.  A fully stocked bar accompanies the show, and shopping assistants hover helpfully around the works. It’s an environment somewhere between downtown chic and an Anytown, USA, mini-mall.  A fittingly sarcastic dig that fits perfectly next to the ephemeral,blank sales cubicles  of The Armory Show uptown, itself one of the largest pop-up art exhibitions of the year. 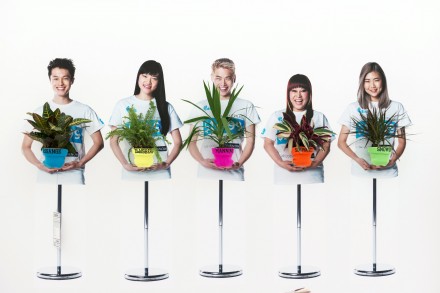 The Jogging at DISown at Red Bull Studios (Installation View), via Dis

But contrary to the Armory’s precious objects, a certain utilitarian bent runs through products on sale, with a number of pieces emphasizing their practical uses, working backwards from Duchamp’s readymade towards a practical use for the elevated object.  “These things are meant to be used,” Wara notes. “And contemporary art still wants to maintain that boundary.  At the same time, a lot of us live in these hyper-corporate environments where moral/ethical calls are much more difficult, especially when it comes to art and practice.  It’s hard to make clear cut delineations.”

“It sort of points to this pre-modernist desire for art to interact more intimately with life,” she says. 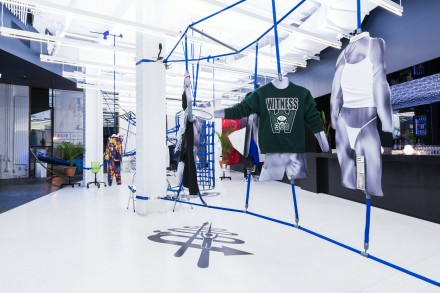 At the same time, the audacity of some of the works (artist Jon Rafman is presenting a series of racy Emma Watson body pillows) puts the viewer in a strange place, forced to confront their own fascination and interest in the works as either retail products, art objects, both, or neither.  Ideas of pricing, availability and access all converge on the pedestal, and forces the viewer to draw some of these lines for themselves.  “We want to prompt people to to decide where they fall on the spectrum between spectator and ‘target consumer,'” says Wara. 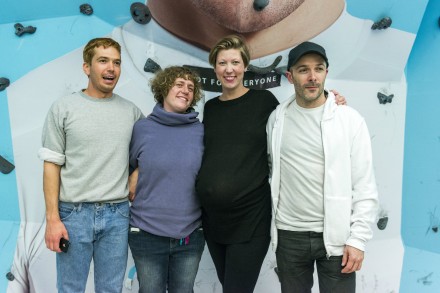 But at the end of the day, DISown ultimately makes a case for understanding, or deliberately misunderstanding art’s ties to commerce.  As Wara notes: “It’s a way to challenge ideas of what an artist is supposed to or not supposed to do, and ultimately, what the language is that we might be able to work with, be it one of resistance, withdrawal, or perhaps an attempt at entering into a dialogue on our own terms.  Are there ways to work within the system.”

Dis is also releasing a curated journal accompanying the show.  DISown is open every weekend in March at Red Bull Studios through April 6th. 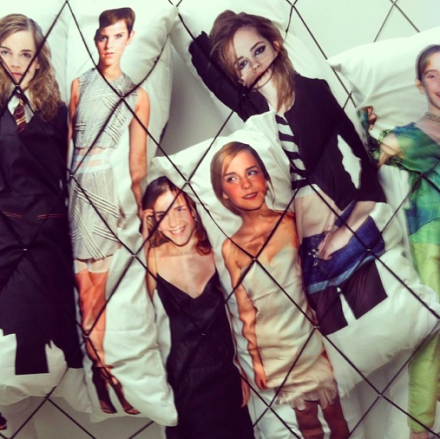 This entry was posted on Thursday, March 13th, 2014 at 12:00 am and is filed under Art News. You can follow any responses to this entry through the RSS 2.0 feed. You can leave a response, or trackback from your own site.