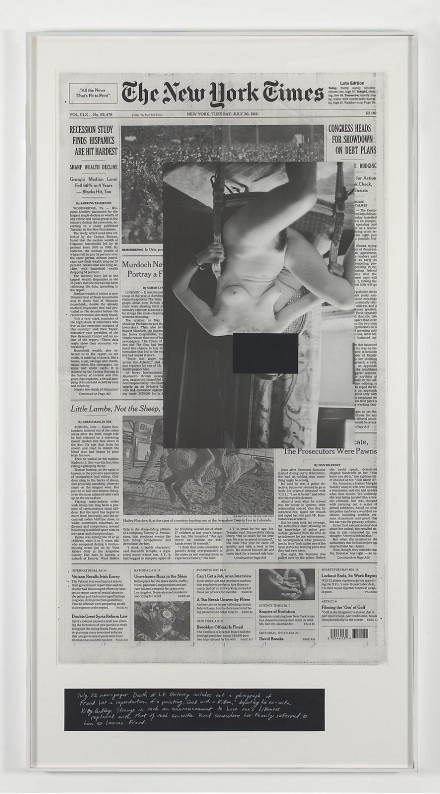 On view through April 26th at Mitchell-Innes & Nash is Leigh Ledare’s new exhibition, articulating socially issues commonly held as taboo or obscene through a wide spectrum of mediums including archival materials, text, film and photography. Famous for his photography series, Pretend You’re Actually Alive, in which he photographed his mother through an arguably sexualized gaze, Ledare aims to examine the set perception on the photographer as a subject and the model as an object. 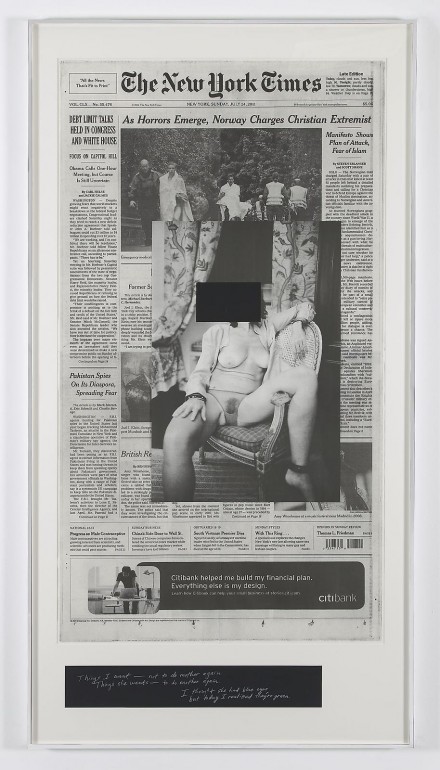 In his exhibition at Mitchell-Innes & Nash Ledare presents two bodies of work investigating the sociological as well as the psychological aspects behind the art of photography. The artist’s works go well beyond the medium of photography, branching out into aspects of installation and archival work. 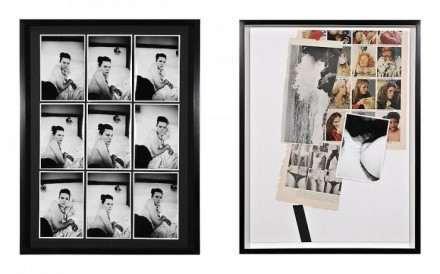 The first group of works in the exhibition is titled An Invitation, containing collages of enlarged size New York Times covers with nude photographs of an untold commissioner. The client, who is from a European elite circle, asked the artist to travel to her home and create a series of her nude photographs for her own collection.  According to the legal contract Ledare signed with the client and her husband, the artist had limited rights on the series, meaning he could only use certain photographs from the series as long as the client’s identity is kept disclosed. For the production of these lithographic series, Ledare combined the client’s nudes with New York Times covers from the following day of each day the image was made. In the center of the works is the legal contract Ledare signed with the couple showing the terms and limitations on the production of the series. 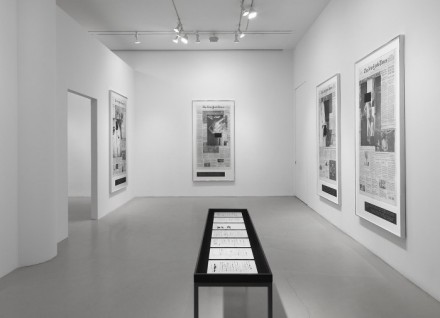 Placed in the second room of the gallery is Double Bind, an installation including cut-out images from a wide range of printed materials including fashion magazines, editorials and pornographic publications. Totaling 6,000 fragments and images, the ephemera Ledare brings together in one big installation covering the whole gallery room is only one part of the work; alongside his photography series of his ex-wife Meghan Ledare-Fedderly. 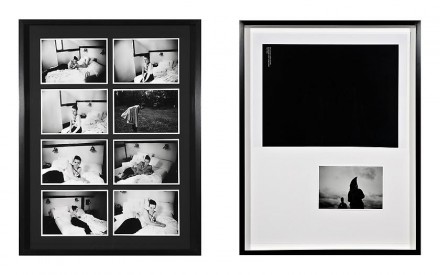 Ledare-Fedderly’s photographs, taken by Leigh Ledare himself and Ledare-Fedderly’s current husband Adam Fedderly, form the other part of the installation. After the artist travelled to Upstate New York with his ex-wife to capture her through his lens, his ex-wife repeated the trip with her current husband. The result is a series of photographs presented on black and white backgrounds; showing Ledare’s photos in black and Fedderly’s in white. Creating a language beyond the visible, the artist’s installation raises questions on intimacy, human nature and emotional bond.

Leigh Ledare exhibition is on view at Mitchell-Innes & Nash through April 26, 2014 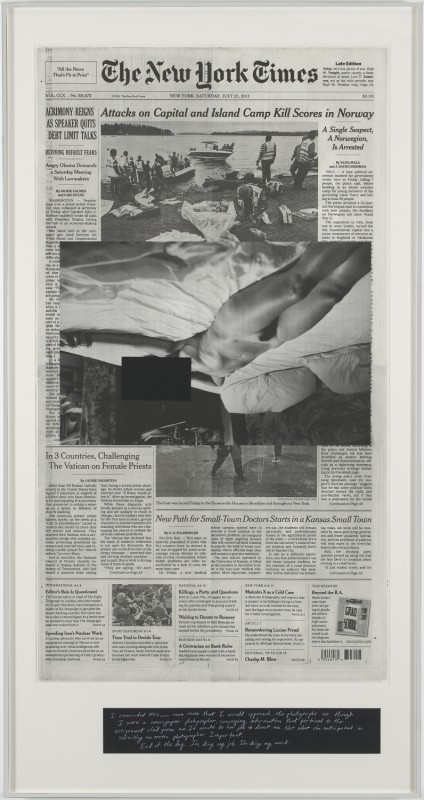 This entry was posted on Thursday, April 24th, 2014 at 12:00 am and is filed under AO On Site. You can follow any responses to this entry through the RSS 2.0 feed. You can leave a response, or trackback from your own site.