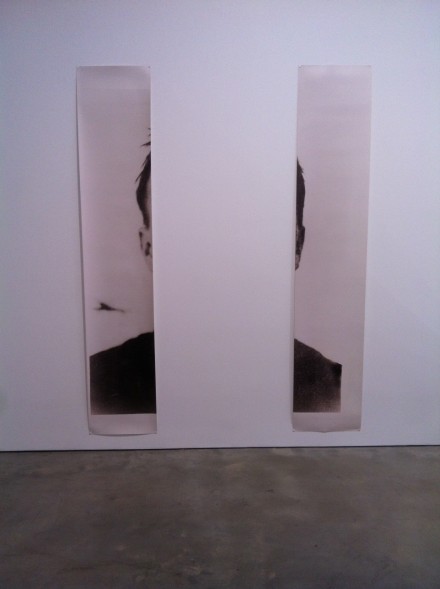 At the current Michelangelo Pistoletto exhibition The Minus Objects 1965-1966, on view at Luhring Augustine’s Bushwick location, what greets visitors is their own reflection, as a single piece from the artist’s signature Mirror Paintings series, sits at the entrance. But the exhibition looks deeper into Pistoletto’s work throughout his career, focusing on the artist’s sculptural objects created between 1965 and 1966. 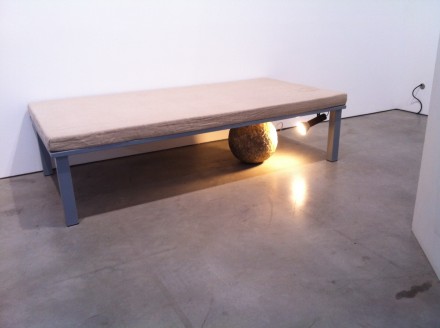 Bringing together a wide range of industrial materials such as wood, metal, newspaper and plexiglass along with glass mirror, the work carries an individualistic structure and an independent content: Pistoletto, by placing them in an uncommon harmony, orchestrates a coherent body of work composed of, in many ways, unrelated works.  Structures underlining a hybrid combination of contrasting materials create a bridge between different techniques. For example Scultura Lignea (Wood Sculpture) includes a classically styled wooden sculpture, erected inside an orange-colored plexiglass case. Letto (Bed) on the other hand, is an assembly of wide ranging materials including glass mirror, velvet, wood and iron that Pistoletto culls together to render the domestic symbol. 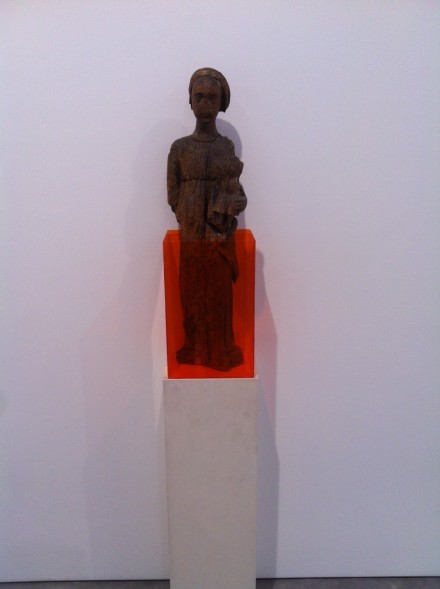 Another noteworthy element in the exhibition, as its title suggests, is absence. Pistoletto’s work here puts a strong emphasis on the invisibility or the disappearance of certain components of his work to create a flowing dynamic within the piece itself. Parts that were there but now gone, or parts that never existed encourage viewers to elaborate on these missing elements. Le orecchie di Jasper Johns (The Ears of Jasper Johns) for example, is a torn photograph of artist Jasper Johns, missing the whole middle section, and in turn showing only his ears, an interesting rumination on the interplay between fame and intellect in the contemporary artist. Bagno (Bath) is a fiberglass bathtub that has the scooped out silhouette of a human being inside. Giving an impression of a departed guest inside the bathtub, the silhouette carries an intangible mystery along with a sense of wicked humor.  Pistoletto’s irony-inflected wit is also evident in works such as Rosa bruciata (Burnt Rose) which is a spray-painted, corrugated piece of cardboard curled to give the impression of a giant burnt rose. 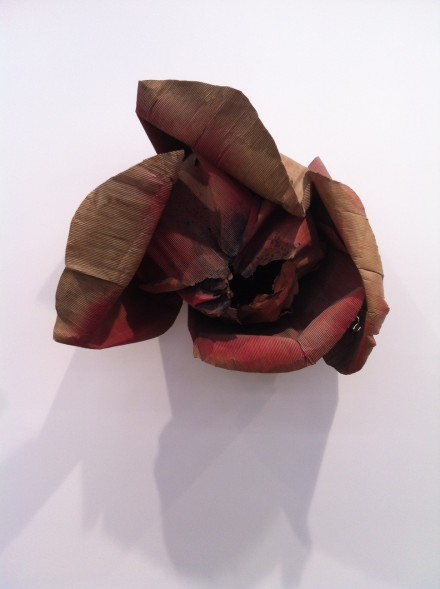 The act of subtraction is always at play here, examining Pistoletto’s reductive impulses at the heigh of Arte Povera, and his ongoing interest with the potential for the artist’s hand in contemporary practice.  The Minus Objects 1965-1966 is on view through May 11, 2014 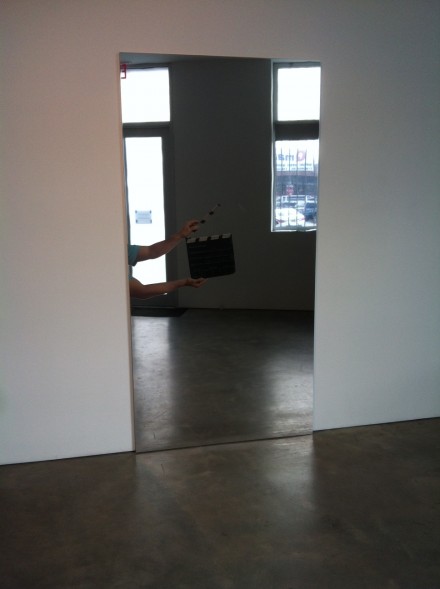 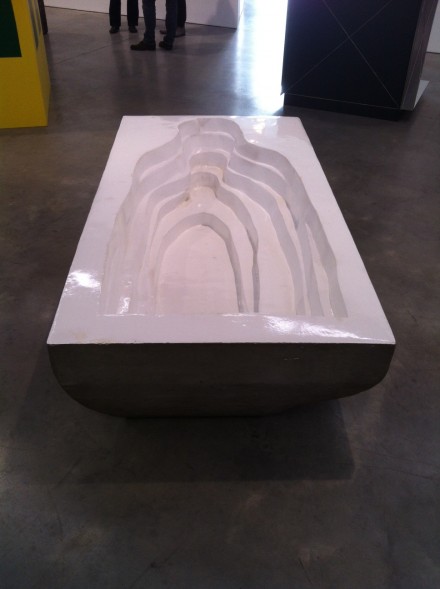 This entry was posted on Sunday, April 27th, 2014 at 12:00 am and is filed under AO On Site, Art News. You can follow any responses to this entry through the RSS 2.0 feed. You can leave a response, or trackback from your own site.