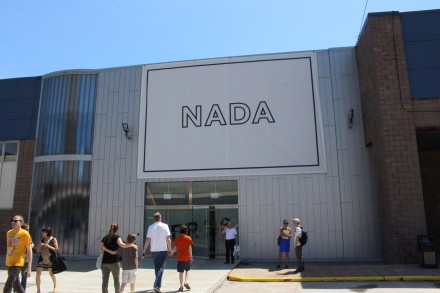 Nada Entrance, all photos via Patrick Jaojoco for Art Observed

Returning to the southern tip of Manhattan, and the fittingly loose confines of the Basketball City sports complex, the NADA New York fair caused quite a stir this year, bringing a high quality fleet of exhibitors and artists to the space for a free fair that did away with much of the high profile glitz of Frieze up the East River, without sacrificing on quality works.  Welcoming a number of small regional galleries alongside a strong count of downtown mainstays, the 80-gallery fair presented a compelling alternative to Frieze’s big ticket names and prices, while keeping a strong focus on size and selection. 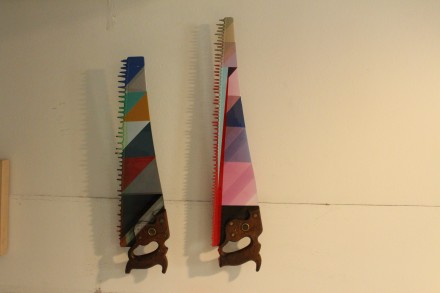 Shane Bradford at the Hole

The scope of the fair was perhaps best indicated by the award of the fair’s annual Artadia award to Detroit’s What Pipeline, an artist run space that filled its small booth with a strong body of work from a diverse group of artists.  Blending handmade ceramics with roughly textured and imaginative figurative paintings, the show’s cohesive feel and use of space won many over, and brought considerable attention for the space, not to mention the $4,000 prize. 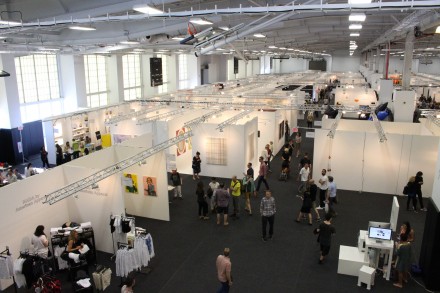 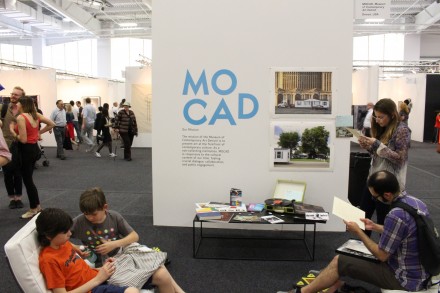 A number of booths were showing work that seemed as if it had just been picked up from Frieze, pursuing many of the same interests in freehand, abstract painting and mark-making that seems to define the landscape of the fair market.  CO2 was showing blurred, high-contrast pieces by Italian Gianni Politi, while Sargent’s Daughters, the downtown space focused primarily on new painting, was showing the work of Saira McLaren, featuring both paintings and ceramics, a seemingly popular medium that has popped up frequently over the past week.  But for every work that echoed the tropes of the current contemporary practice, there seemed some bizarre twist or another waiting around the corner, such as artist Devon Dikeou’s Italian monk chairs, or the enormous piece by Daniel Heidkamp, depicting himself as a child swinging a bat.  The work was so spectacularly large that it towered up and over the top of the Know More Games (one of Brooklyn’s growing Donut District galleries) booth. 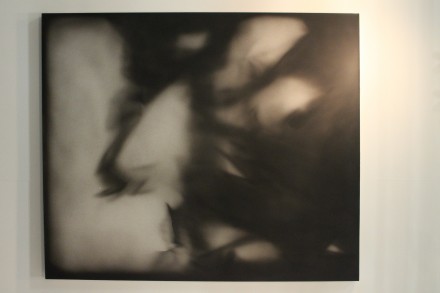 Jeff Zilm at the Journal Gallery 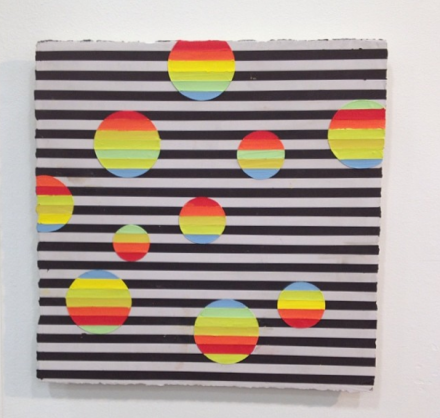 Lena Henke, who also was showing work at Frieze this year, was present at NADA as well, bringing her M/L Artspace for a collaboration with Shoot The Lobster.  Featuring a who’s who of young New York talent, the exhibition, inside a Black Galaxie 500, including work by Eddie Martinez, Nicholas Buffon, Justin Lieberman, Ryan Foerster, and more.  The fair also hosted a marathon, 6-hour poetry reading, providing a space for contemporary poets to read their work and participate under the context of New York School poet Frank O’Hara’s work as an artist and critic during the 1950’s. 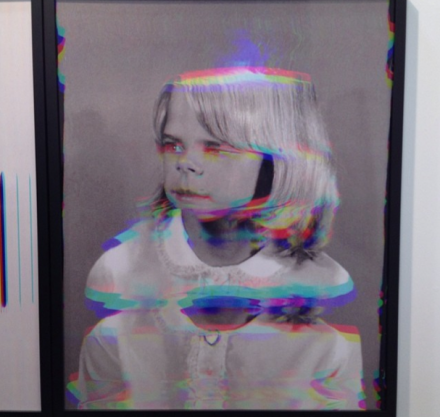 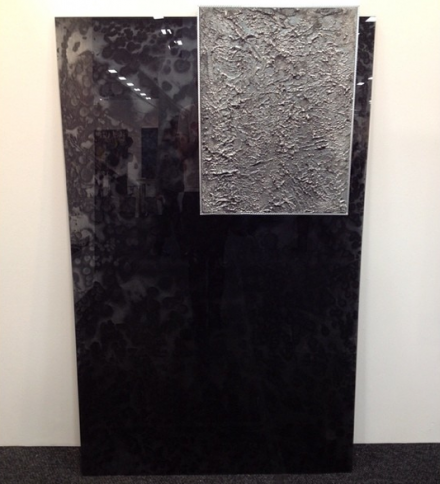 Offering a tight-knit, locally-focused alternative to Frieze’s blockbuster artists and dealers, the proceedings at NADA this year maintained its refreshingly light atmosphere, all while keeping the standard of its works quite high. 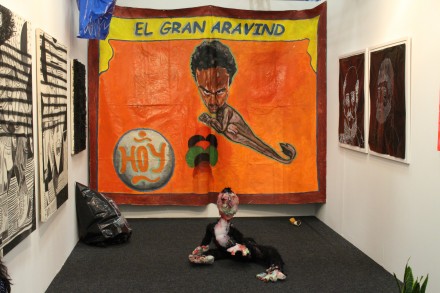 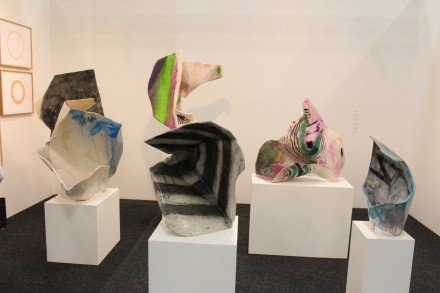 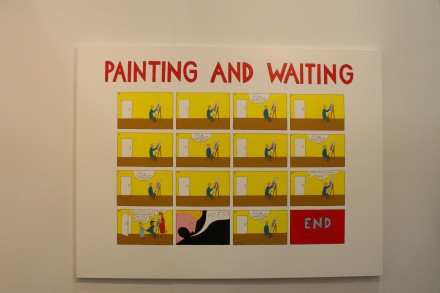 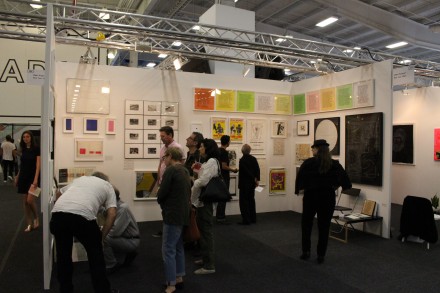 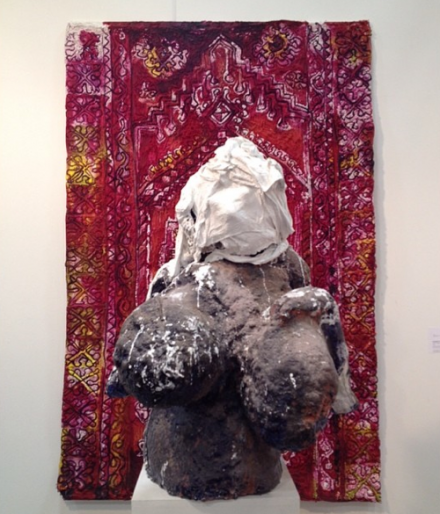 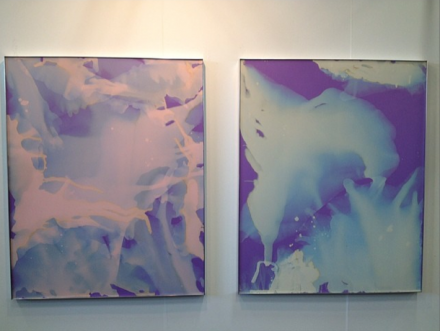 Kasper Sonne at The Hole, via Art Observed 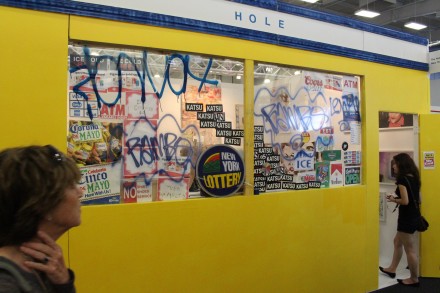 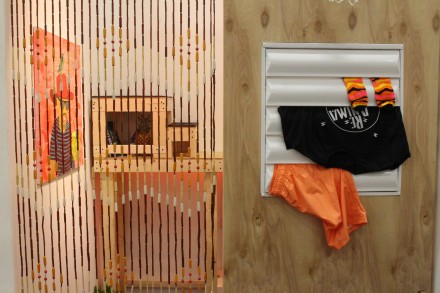 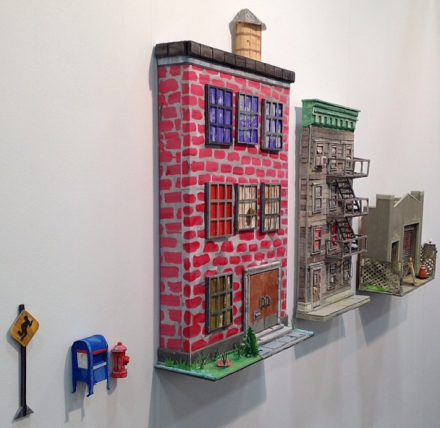 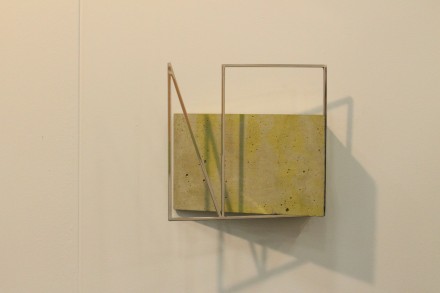 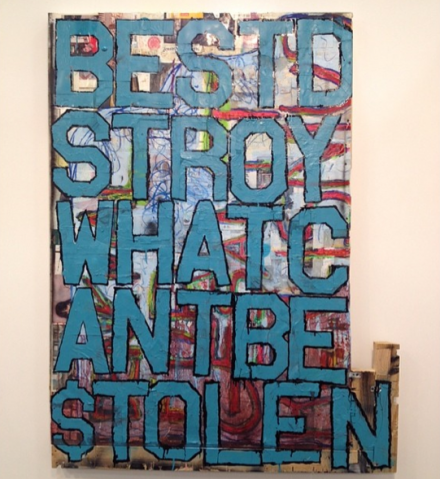 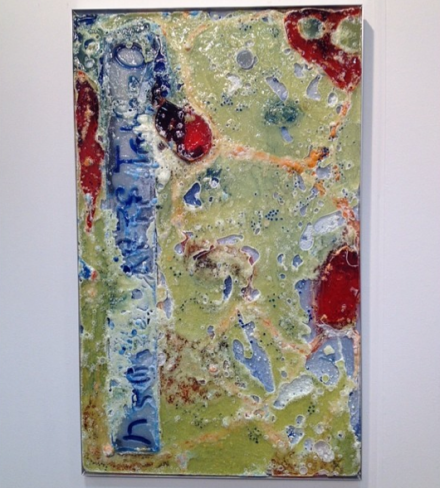 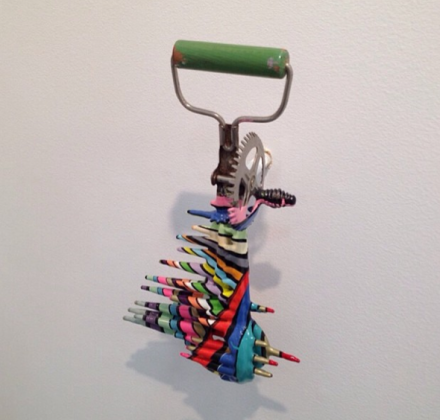 Shane Bradford at The Hole, via Art Observed 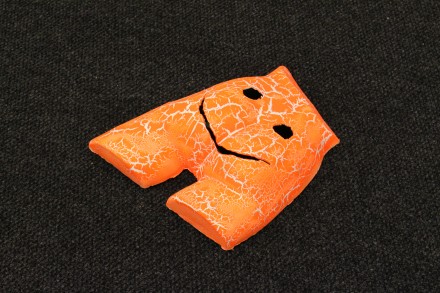 This entry was posted on Monday, May 12th, 2014 at 12:01 am and is filed under Art News. You can follow any responses to this entry through the RSS 2.0 feed. You can leave a response, or trackback from your own site.