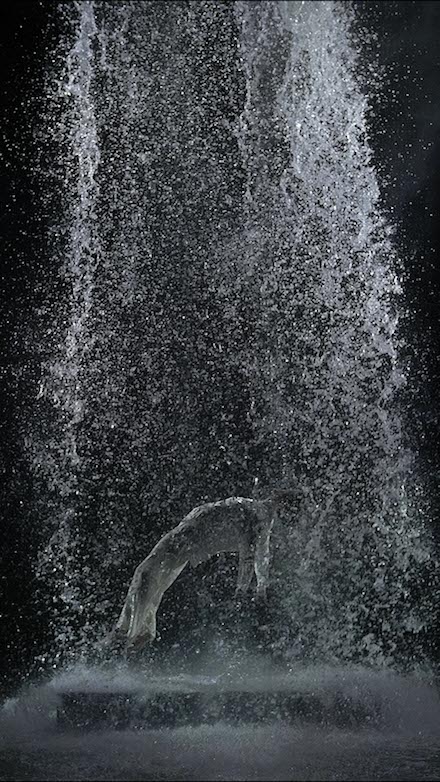 Bill Viola, Tristan’s Ascension (The Sound of a Mountain Under a Waterfall) (2005) all images courtesy Grand Palais

On view at the Grand Palais in Paris is a group of works by celebrated American video artist Bill Viola, ranging in date from 1977 to the present day, making it  the largest retrospective the artist has ever shown during his long and productive career. 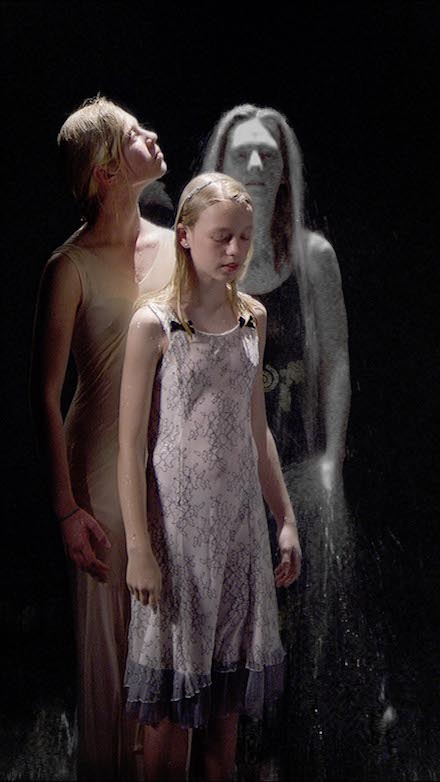 Born in 1951, Viola is considered a leading practitioner of the video art format, and has continually worked to reinvent the medium over the course of his career.  His works are often characterized by advanced electronic, sonic, and image technology and often creates moving paintings and monumental installations, focusing both on the intimate and microcosmic alongside the universal and macrocosmic experience of life. Viola expresses himself through simple symbols, transforming small, seemingly meaningless actions into powerful, beautiful, sometimes even spiritual forms. He has shown a deep interest in mystical traditions of various religions, such as Zen Buddhism, Christian mysticism, and Islamic Sufism.  Additionally, images from the Medieval and Renaissance periods have been inspirational to the development of his aesthetic. Viola relies very little on computer editing, and makes the overwhelming majority of his creative decisions at the moment of recording; he does, however, use the slow motion function on the newer digital cameras which are able to capture images at a very high frame rate. 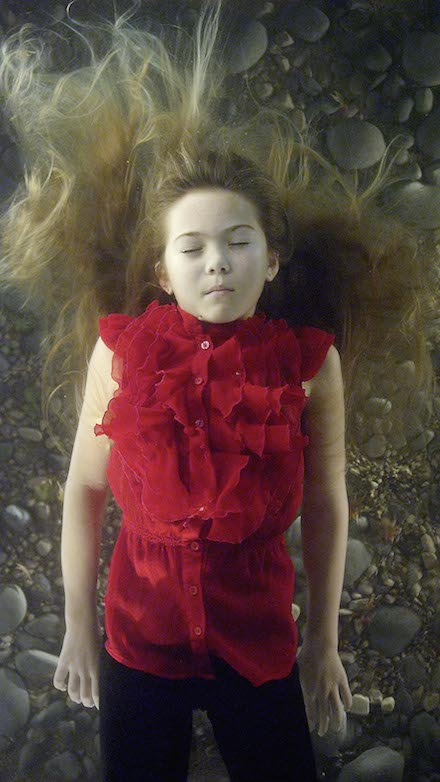 Examples of images within Viola’s videos include shots of a man and woman slapping each other, a present being wrapped and unwrapped, a person carting a load up a hill, two naked elderly people examining themselves with flashlights, and people holding their breath under water. His images shed a positive light on the pessimistic concept that life is futile and without purpose: even if that may be, he shows, it can still be very beautiful to watch.  In 2009, Viola was awarded the Catalonia International Prize, officially called the XXI Premi Internacional Catalunya 2009, by the Catalonian government of spain, given each year to honor an individual “whose creative work has made a significant contribution to the development of cultural, scientific, or human values anywhere in the world.” 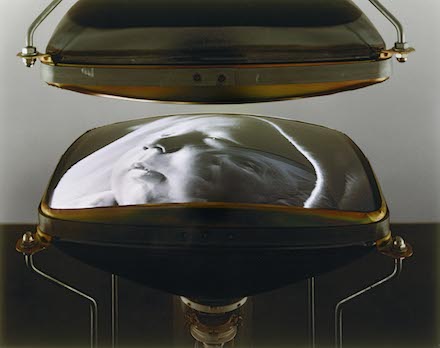 Presented here, Viola’s compiled work offers a range of sensation, underlining the affective and spiritual capacities of his work across a diverse range of scales and approaches.  From his powerful, full-room installations like The Sleep of Reason to the more delicate construction of pieces like Heaven and Earth, Viola’s exhibition proves his consistent vision and execution in the various expressive capacities for video beyond mere narrative cinema. 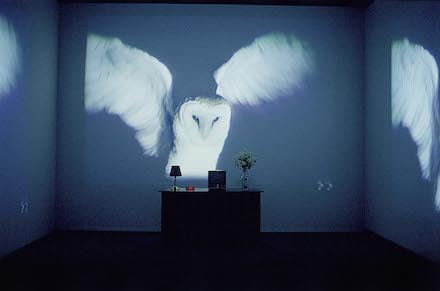 The exhibition was organized by Jérôme Neutres, Advisor to the Chairman of the Réunion des musées nationaux – Grand Palais, in collaboration with Kira Perov, Executive Director of Bill Viola Studio. The exhibition will remain on view through July 21, 2014. 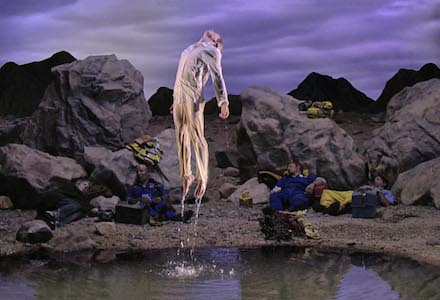 This entry was posted on Thursday, May 8th, 2014 at 12:00 am and is filed under Art News. You can follow any responses to this entry through the RSS 2.0 feed. You can leave a response, or trackback from your own site.