Martin Kippenberger, ab in die Ecke und Schäm Dich (Martin, Into the Corner, You Should be Ashamed of Yourself) (1989) via Osman Can Yerebakan

Paris was where the artists that planted the roots of Modernism in late 19th century. New York on the other hand emerged in the middle of 20th century as the destination for a large group of international artists as well as those from all around the United States who expanded notions of material and practice as the 20th century waned. Today, cities like Berlin, Tokyo and Sao Paulo are some of the top centers for artists to create and be a part of a community.  No Problem: Cologne/New York 1984-1989, a group show currently on view at David Zwirner, is presenting a transatlantic approach to the 80’s art scene through the works of twenty-two artists from Germany and the United States.  Underlying the dense creative vibrance of Cologne on one side of the Atlantic and New York on the other side, the exhibition presents a concentrated look at the productive interaction between the two cities, bringing together notable names that shaped the artistic nature of the era. 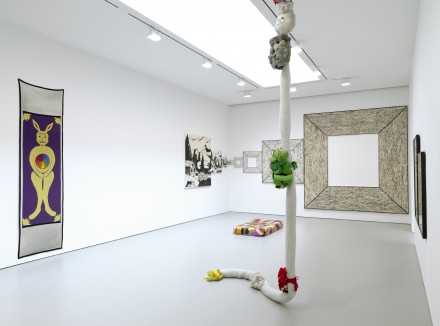 Home to artists like Sigmar Polke and Gerhard Richter, Cologne witnessed its own Renaissance during the 1980’s, claiming itself as the artistic center of Europe. Many Cologne based galleries such as Monika Sprüth or Rudolf Zwirner presented then-emerging names such as Rosemarie Trockel and Walter Dahn along with many others, many of whom are present at David Zwirner’s both nineteenth and twentieth street locations.  New York, on the other hand, was similarly vibrant in the 80’s thanks to the experimental and groundbreaking works of many young names of the era. Considered among today’s most influential figures, artists such as George Condo, Sherrie Levine and Christopher Wool delivered some of the most seminal works of today’s mainstream American art, seeding certain artistic movements and styles that are potently relevant to the art of today. 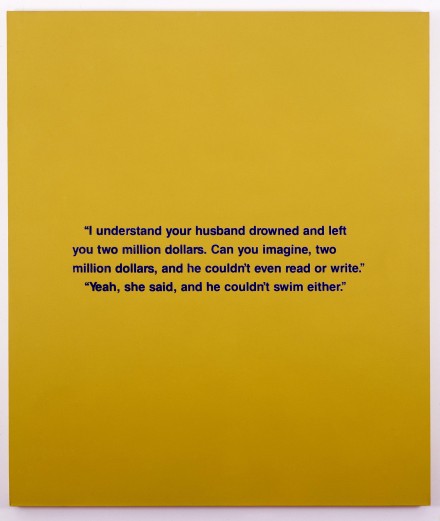 Aside from being the creative hubs on the opposite sides of the ocean, these two cities also held ongoing collaborations, generating a mutual discourse and a vision shared among a body of artists. Exhibitions taking place through the collaborations between New York and Cologne galleries expanded many artists’ recognition while broadening the web for an international tone in the arts. 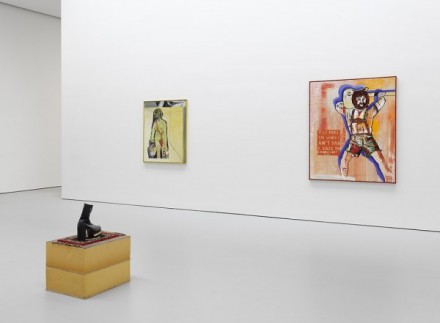 It’s just this interaction that dominates the language of the show.  A group of Cindy Sherman’s eerie Disasters series is followed by Robert Gober’s uncanny sculptural works, or Martin Kippenberger’s humorous paintings is paired with a selection of Jeff Koons’ Banality series, all suggesting an in-depth look at a certain era in recent art history. Proving the shared understanding between artists from different continents, the stylistic and thematic correlations between names such as Barbara Kruger and Franz West or Jenny Holzer and Werner Büttner orchestrate a tangible and consistent thematic. 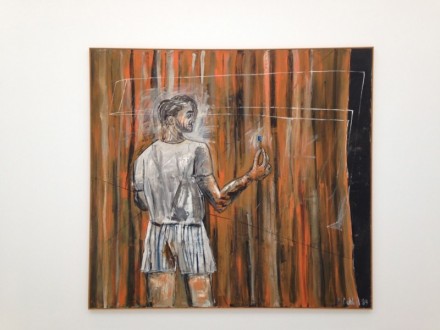 At the same time, the selection however does not omit some names such as Raymond Pettibon or Albert Oehlen, establishing a coherent and inclusive approach to its subject matter. Emphasizing an impressively fruitful response between two major cities, No Problem delivers an enlightening approach to the dynamics of contemporary art, showcasing the emergence of some major names of today’s art. 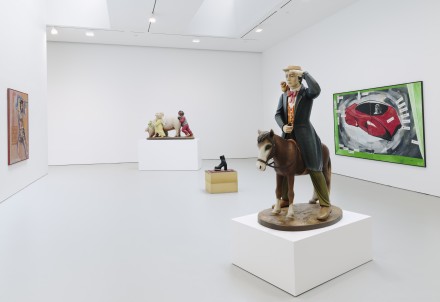 This entry was posted on Friday, June 13th, 2014 at 12:00 pm and is filed under Art News. You can follow any responses to this entry through the RSS 2.0 feed. You can leave a response, or trackback from your own site.