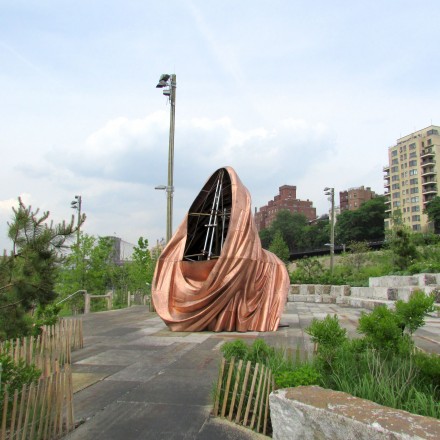 This summer, Vietnamese artist Danh Vo is paying his homage to the Statue of Liberty as a symbol of American legacy with a group of installations on view at City Hall Park and Brooklyn Bridge Park.  From May 17th to December 5th, the public will be able to see We The People, a life-sized replica of the Statue of Liberty separated into 250 copper parts that Vo created using the same processes used on the original statue. 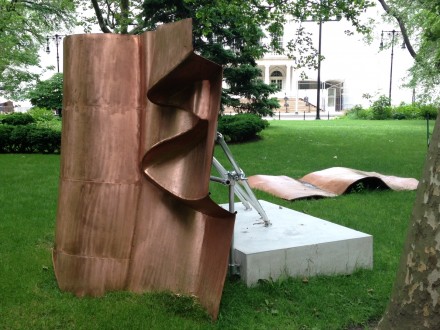 Vo, a Vietnamese-born, Danish-raised and Berlin-based artist, takes inspiration from social and political dynamics around the globe, all the while holding strong ties to his personal history.  Western culture is profoundly reflected in Vo’s art, commenting on the notions of globalism, multiculturalism and international bureaucracies. The artist creates detailed and smartly orchestrated conceptual works that are challenging to name under one medium or genre, bringing in the elements of chance, coincidence and randomness into his practice.  His work transforms political or personal correspondences, flyers, marriage certificates or acquisition papers into vocally strong and thematically sophisticated artworks. 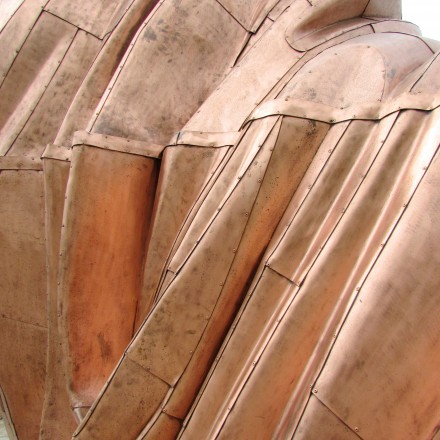 Detail View of Danh Vo’s We The People 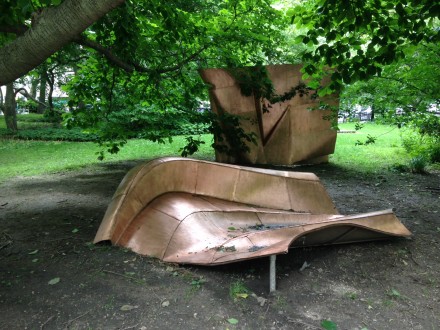 The artist was motivated to create We the People after learning that the width Statue of Liberty’s copper material was less than the thickness of the width of two pennies.   Ongoing since 2010, Vo has created an original size replica of Statue of Liberty using thirty tons of copper as his sole material, producing the pieces in Shanghai, China. While the components of Vo’s Statue of Liberty reach to three hundred pieces in total, only fifty-three pieces from the project are being exhibited in New York. 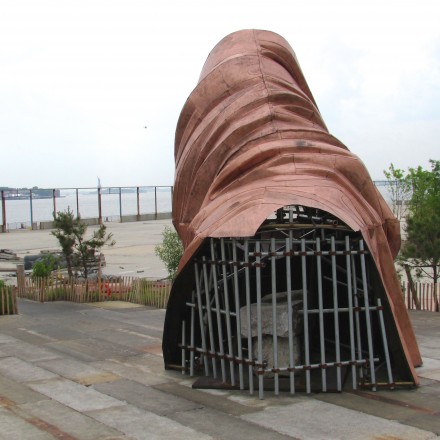 Danh Vo’s We The People at Brooklyn Bridge Park, Pier 3

Fifteen other sites around the world are hosting the remaining parts of Vo’s project.  Standing between abstraction and minimalism, these copper components strike as individual, pieces, often referencing modernism and early 20th century abstraction with their wavy, corrugated surfaces, while challenging the viewers’ imaginations to picture them as one massive sculpture. Inside the lobby of City Hall building, for example, is placed Lady Liberty’s single ear whereas the sleeve of her raised right arm is present across the East River at Brooklyn Bridge Park. 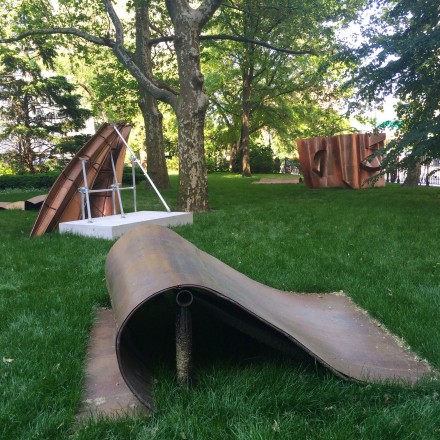 The production process of the project, including planing in Berlin, production in Shanghai and funding by various international art institutions, makes a strong commentary on today’s global bureaucratic structures. Strengthening his argument on globalism and international dynamics, Vo also reorganized a part of City Hall Park with flowers that were brought from Southern Asia to Europe by the French missionaries in 19th century. Visible when observed from a certain angle at Brooklyn Bridge Park, the original Frédéric Auguste Bartholdi designed Statue of Liberty is standing with her massive size and illustrious gesture, building a vigorous bridge between the classic and contemporary.

Danh Vo: We The People is on view at City Hall Park and Brooklyn Bridge Park through December 5, 2014. 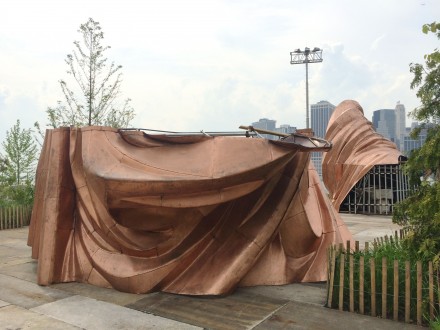 Danh Vo’s We The People at Brooklyn Bridge Park, Pier 3 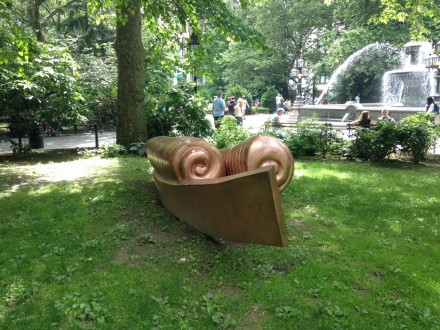 *All images are by Osman Can Yerebakan and Kelly Lee for Art Observed.

This entry was posted on Monday, July 21st, 2014 at 12:00 am and is filed under AO On Site. You can follow any responses to this entry through the RSS 2.0 feed. You can leave a response, or trackback from your own site.