Tate to Feature Calder, Auerbach, and Pollock in 2015 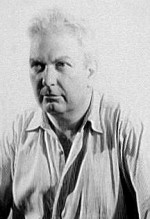 The Tate has unveiled their 2015 lineup, which will include sculptor Alexander Calder‘s first retrospective at the Tate Modern, from November 2015 to the spring of 2016. The Tate Modern will also present an a large exhibition of works by the South-African artist Marlene Dumas in Spring 2015 in addition to the show “The World Goes Pop,” an exploration of Pop Art in the ’60s and ’70s. At the Tate Britain, Cornish sculptor Barbara Hepworth will be featured during Summer 2015, and the museum will also present exhibition of works by painter Frank Auerbach during the following autumn season. At the Tate Liverpool, the late work by Jackson Pollock will be exhibited in a summer show titled “Jackson Pollock: Blind Spots”.

Read more at the Tate.org

This entry was posted on Thursday, July 31st, 2014 at 2:34 pm and is filed under Art News. You can follow any responses to this entry through the RSS 2.0 feed. You can leave a response, or trackback from your own site.