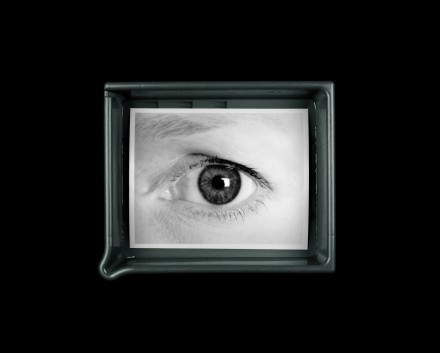 In the winter of 2012, a gigantic human eye was gazed out intently on Chelsea and the Hudson River from the High Line billboard on 18th street. The billboard installation, Developing Tray #2, belonged to Anne Collier, an artist known for her appropriation based photographs culling a wide range of printed media from popular culture, suggesting a reinterpretation of otherwise neglected statements. Utilizing minimalistic techniques and a neutral white surface as a background, Collier photographs album covers, commercials, magazine pages or calendars, revealing the subtle ideological undertones related to feminism, consumerism and gender politics. 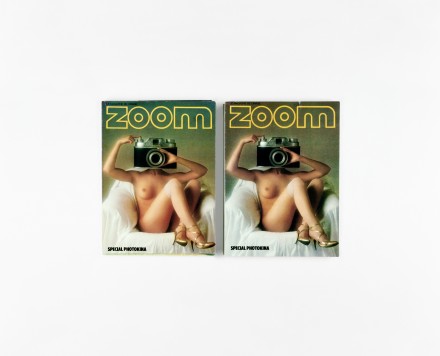 The CCS Bard Galleries are currently hosting Collier’s first major retrospective exhibition, reflecting on the artist’s fifteen year career through more than forty works, each touching upon critical themes in her practice. Representations of the female body finds its depiction in various forms from commercials dating to previous decades to album covers of famous singers, initiating further readings on the medium of photography as the reflector of arguable ideologies. Whether concealed or exposed, Collier executes a study on the set conventions in the society. 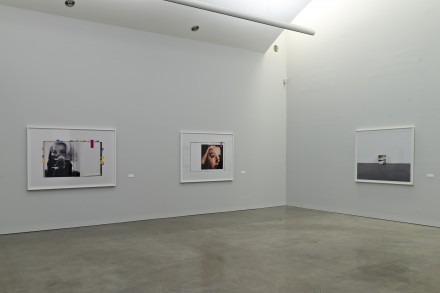 Examining the long history of sexism in the mass media, Collier extracts the evident, yet often dismissed misrepresentations of the female form that eventually appear as stereotypes. Once imposed on the masses through constant codings, these stereotypical identifications and labels eventually transform into widely accepted standards, nestling into the perspectives of the majority.  Working against this, Collier’s Woman with a Camera series, among others, contemplates on a repeating image in cinema, woman holding a camera, through images grabbed from film history. 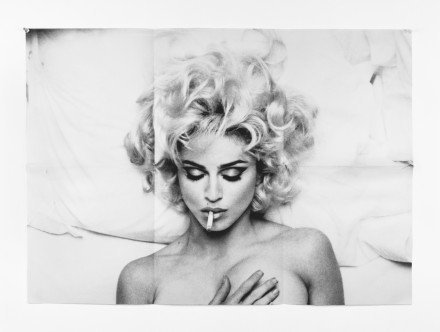 Film stills of actresses such as Faye Dunaway, Jacqueline Bisset or Marilyn Monroe with cameras in their hands adopt the position of the gazer, staring at the viewer as the roles exchange. These iconic women, commonly positioned as the objects of male gaze, confront the voyeuristic notions of the public eye with cameras in their hands, repositioned as the voyeurs. Attributing physical and emotional power to the camera as a metaphor, Collier celebrates the status as the gazer these women reclaim through their own hands. 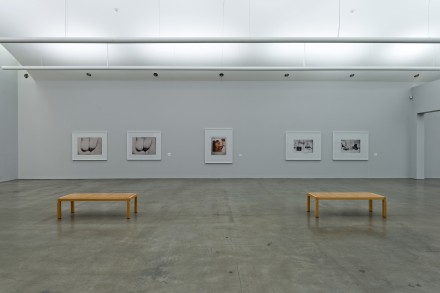 Another important element in Collier’s practice is her constant dismantling of male centered art through womanizing iconic works created by men. Similar to the likes of Sherrie Levine or Jenny Holzer, Collier emerges as a staunch feminist, using the canon created mostly by male artists as her subject matter, adding her accent through applying another layer of glance.  A nude photograph of Madonna, taken by Steven Meisel, turns into Collier’s subject matter in the form of a folded poster in Folded Madonna Poster (Steven Meisel), commenting both on the materialization of photography as a medium, and the female body as a commodity bound up within it. 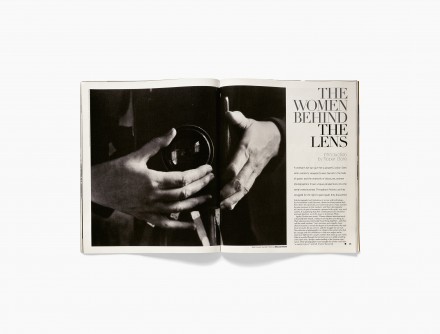 In another work, Zoom 1978, Collier presents a camera advertisement from the 70s, in which a completely nude female body is holding the camera towards the viewer, and covering her face in the process, turning herself to an anonymous sexual object promoting the camera for her male clients. Different from the famous actresses holding the camera, this photograph neutralizes the identity of the female figure, as she does not own any identity of her own. As a photographer working with already existing images, Collier strongly investigates the language of these original images, mining the dominant arguments and intentions they are charged with.

Collier’s exhibition is on view at CCS Bard Galleries through September 21, 2014.

This entry was posted on Friday, August 29th, 2014 at 12:00 am and is filed under Art News. You can follow any responses to this entry through the RSS 2.0 feed. You can leave a response, or trackback from your own site.