New York – “Another Look at Detroit” at Marlborough Chelsea and Marianne Boesky Through August 8th, 2014 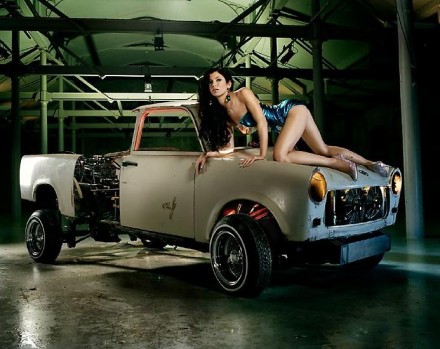 The city of Detroit seems to be popping up frequently on the art world radar as of late.  While the ongoing bankruptcy crisis in the Motor City threatens to place the Detroit Institute of Arts’s vast collection on the auction block, a new generation of young artists has swarmed to the midwestern metropolis, lured by cheap rents and a the freedom to explore their work in earnest.  Taking this renewed interest in Detroit as its starting point, Marianne Boesky and Marlborough Chelsea have teamed up on a summer show of works and artifacts exploring the creative and economic history of the embattled powerhouse of American industry. 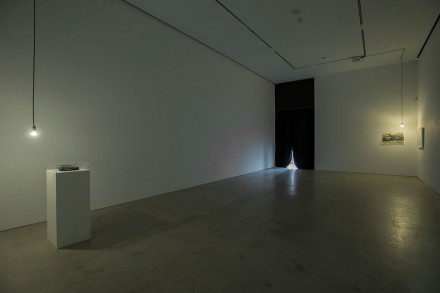 Spread between the galleries’ two Chelsea locations, the exhibition positions itself as an abstracted history lesson of sorts, taking the city’s most prominent talking points from both its own cultural history and its contributions to the art world.  Tony Matelli, Julie Mehretu and James Lee Byars works are all on view, as are several pieces from Mike Kelley and James Shaw, including a massive painting commemorating their band and art collective Destroy All Monsters.  A Diego Rivera portrait of Edsel Ford (Henry Ford’s son) is also on view, commanding alongside the more contemporary, abstract works  Alongside these works are a selection of industrial detritus: a bicycle from the Shinola Bicycle factory hangs over works, while in another corner one can view a collection of brochures from past General Motors and Ford automobiles. 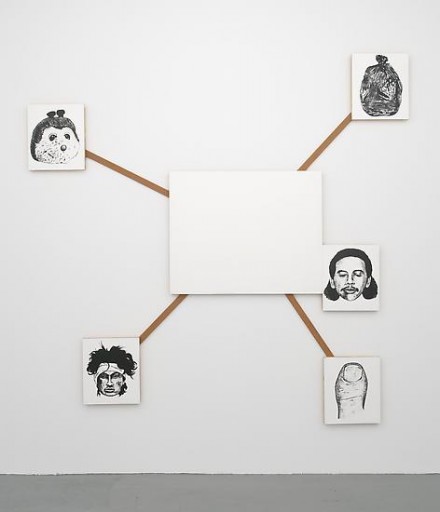 The landscape created is something of a blur of Detroit’s history, and one which takes the city’s history at its most divergent points.  At one end is the economic might drawn from the city’s position at the center of auto manufacturing and other industrial products, and at the other, the divergent, often freakish artistic community that the city has long nurtured.  Video from a performance of the MC5 in Bremen blares overhead in one Marlborough exhibition room, and in another space, one can view a selection of early records by Juan Atkins, one of a trio of pioneering Detroit musicians behind techno in the late 1970’s and early 1980’s.  Taken together, the two sides of the city paint a strange portrait, one that gives the viewer a better idea of how the respective artists on view may have drawn from the city in their vastly divergent bodies of work. 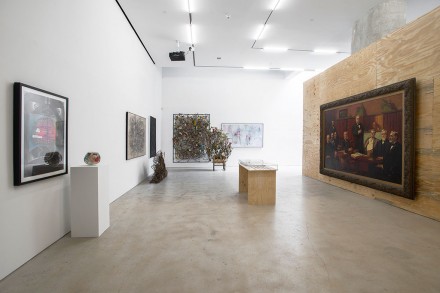 This point perhaps underscores the appeal of the city to the contemporary art world.  For all its industrial importance and creative vitality, the city of Detroit and its economic failures have provided a fascinating template for artists over the past decades.  Its working class fabric and readily apparent decay have provided multiple entry points into the understanding and interpretation of the American experience, from one extreme to the other.

Another Look at Detroit closes on August 8th. 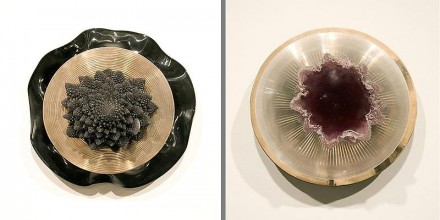 Graem Whyte, You are here: Center of the Universe, (2011), via Marianne Boesky 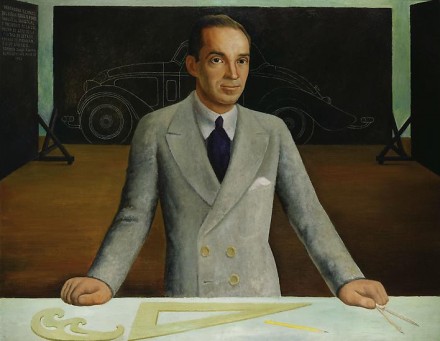 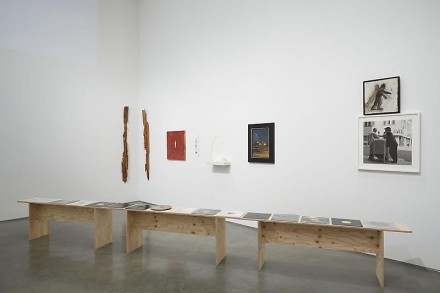 This entry was posted on Friday, August 8th, 2014 at 12:11 pm and is filed under Art News. You can follow any responses to this entry through the RSS 2.0 feed. You can leave a response, or trackback from your own site.