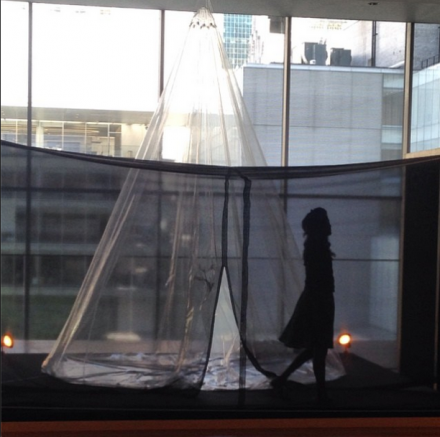 The Abandonment of Art is an ambitious name for an exhibition at MoMA, even if the work happens to be the medium-pushing sculptures and objects of Brazilian artist Lygia Clark, who over the course of her career constantly sought new modes of encounter, interpretation and perception in the space of art.  Clark’s long-anticipated MoMA retrospective, taking up half of the museum’s top floor, welcomes this expansion, moving through the artist’s career from her early canvases to her later innovations in sculpture and performance. 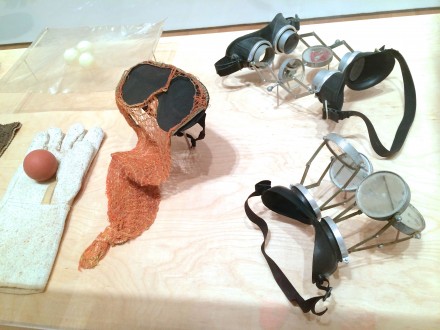 Display of Sensorial Objects, Via Kelly Lee for Art Observed

Clark’s story is a fascinating one.  Having built a career for herself as a studied painter, sculptor, and founding member of the burgeoning Brazilian Neo-Concretist group, she would flirt with the art world for the rest of her life, often working outside the field in favor of private “healing” work, which she in turn would incorporate back into her art near the end of her life, using many of the skills she learned outside the field to expand her own work, as well as that of her students at the Sorbonne.  Accordingly, Clark’s exhibition is a nuanced, occasionally scattered experience, featuring an ever-shifting body of pieces that speak to the artist’s ever-shifting experiences. 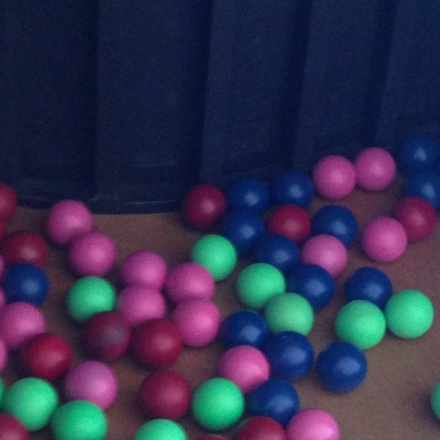 The show begins with Clark’s early painted works, incorporating cut canvases and piecemeal compositions that coyly play at the inherent construction of the work itself, and its interaction with its surroundings.  Clark wrote frequently on this line of separation, dividing the work from its surroundings, and used her critical explorations to ground her works, pushing their execution until she arrived at a new form.  Here, it comes with the Bichos (critters), folding, steel sculptures that welcome visitors to constantly shift and reposition its many hinged pieces, creating a work that exists in a space ultimately defined by the viewer.  Seemingly playful, it’s much easier to grasp the revolutionary nature of Clark’s works today, nearly twenty years after the critical veneration of “relational aesthetics.”  Clark was toying with subjectively shaped work this early in the 20th Century, while many artists exploring more grounded phenomenological works (Donald Judd or James Turrell, for instance) gained wider acclaim. 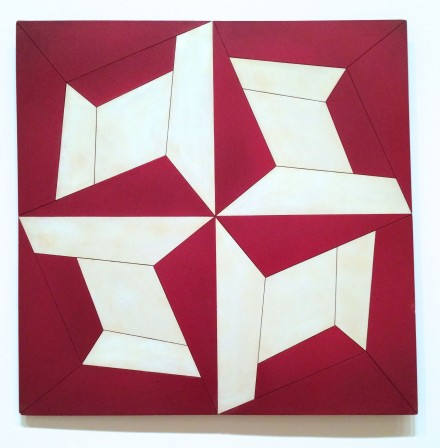 Clark’s later works, taking up the threads of her Bichos, emphasize not merely the minimalist and light-focused experiments of her American contemporaries, but rather a full commitment to the actual experiential behavior of a body in space.  Her pieces get gradually clunkier and more bizarre as her theories evolve, but the experience beyond the object itself seems to grow exponentially by contrast.  Clark’s various masks, for instance, hulking, alien forms that deny the wearer basic perceptual capabilities, places the senses at the direct center of her work, questioning what happens when one series of senses is impeded, or another is immediately elevated.  Once again, the line, the dichotomy of states, is emphasized as part of Clark’s work, but here is placed back onto the perceiving body itself, allowing the participant (as it no longer feels correct to refer to them as “viewer”) to map the work in relation to themselves, and to map themselves against the surrounding space. 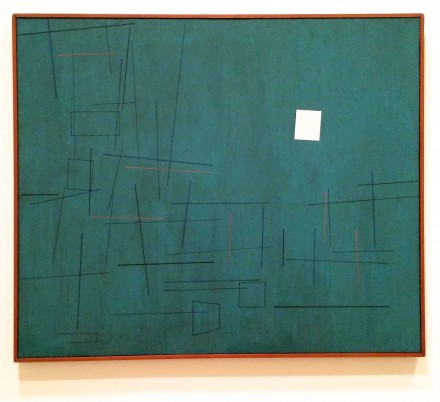 The end result is an exhibition that sees visitors lying on the ground of the museum, toying and manipulating sculptures, and physically engaging with the artworks at large, a point that Clark emphatically prioritized over the second half of her career.  Non-visual experience, while still bound with the object’s presence in space, becomes an essential facet, and the actual tactile sensations of engaging with the work, and the self, become the most important aspect. 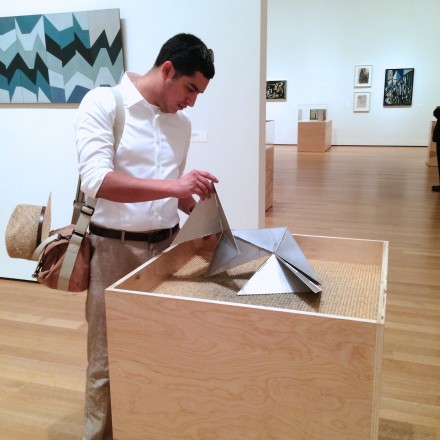 A visitor playing with one replica of Lygia Clark’s Bichos, via Kelly Lee for Art Observed

Lygia Clark’s work constantly negotiated dualities and oppositions: self and other, dark and light, action and stillness.  But while these binaries would serve as fitting inspiration for a full career of canvases and sculptures, Clark’s final output took her ideas to their natural conclusion: an experience not only underlining the experience of the body with the artwork, but the body’s presence in space itself.  As this experience rises in prominence, the work itself begins to disappear from vision, a fascinating distinction that makes the show’s title all the more apropos. 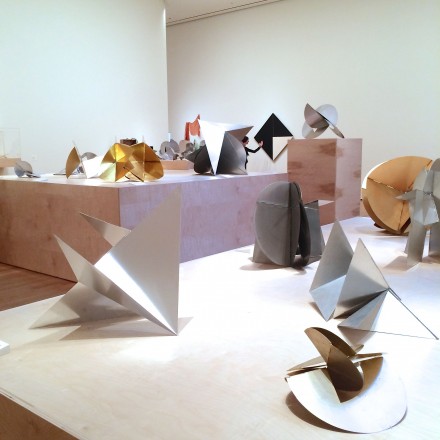 Many of Lygia Clark’s Bichos, via Kelly Lee for Art Observed 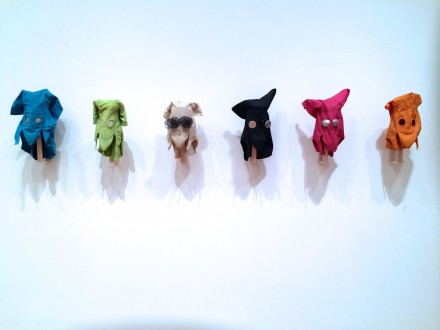 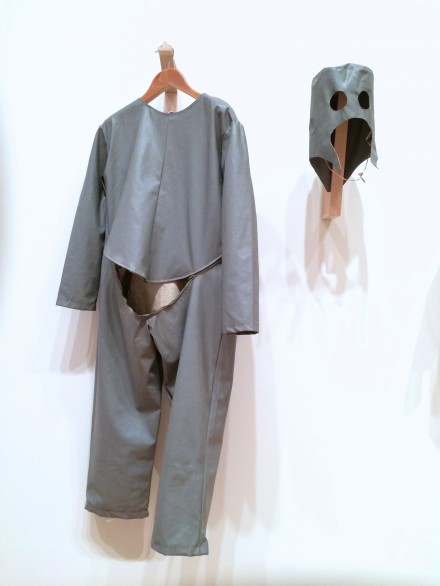 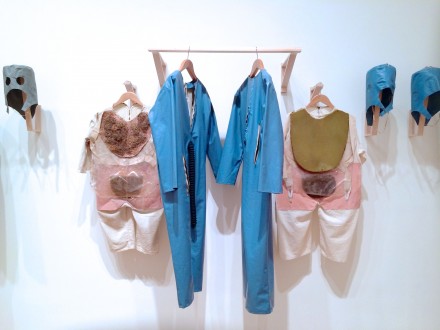 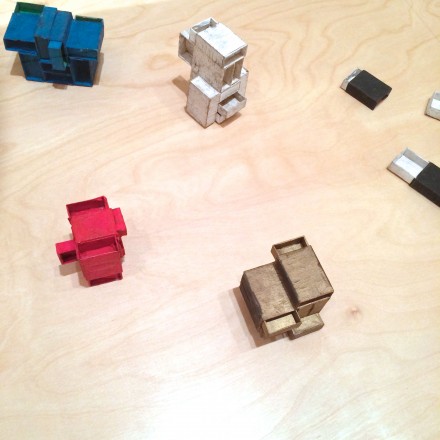 Lygia Clark, Various Matchbox Structures made in 1964, via Kelly Lee for Art Observed

This entry was posted on Thursday, August 14th, 2014 at 12:00 am and is filed under Art News. You can follow any responses to this entry through the RSS 2.0 feed. You can leave a response, or trackback from your own site.