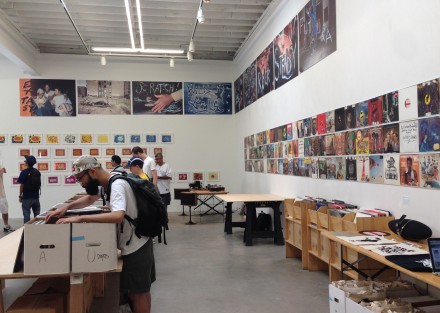 “Born in the Bronx”, Installation View. All photos Anna Corrigan for Art Observed.

Now through August 1, Gavin Brown’s Enterprise is presenting a trio of diverse works by Oliver Payne & Nick Relph, a video piece by the gallerist himself, and an exhibit of Afrika Bambaataa’s record collection surveying of the roots of hip-hop in the Bronx.  The exhibits speak to the process of emptying shelves and opening closets, placing the material details that one collects over a lifetime on view. In equal measure, the works illustrate a history, at once intimately personal and indicative of the larger movement of time and material legacy. 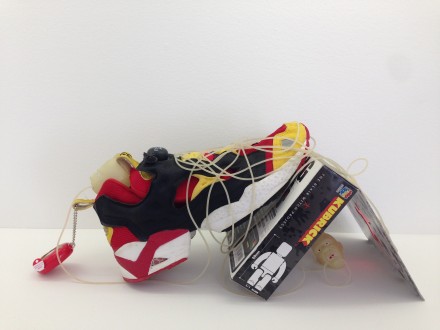 The “stash” referred to in the title of the exhibition is that of London’s Herald Street Gallery owner Ash L’Ange. First mounted in the 2007 Basel Art Fair, items that one might typically find in the storage space, basement, or attic are repurposed and arranged as fine art pieces.  The quirky assemblage of shoes, action figures, VHS tapes and a number of wine bottles are placed at regular intervals on shelves mounted around the gallery space, suggesting a series of specimens presented for scientific analysis. There is a humor in this ironic appropriation of forgotten objects and the act of endowing the material residue, accumulated over a lifetime of consumption, with artistic significance. The effect is conceptually provocative, however, when presented alongside the earnest dynamism of Born in the Bronx: A Visual Record of the Early Days of Hip Hop, the sterility of the work seems overstated. 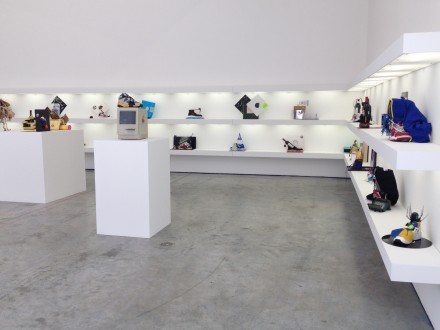 Presented in the adjoining room is an in-depth and interactive audiovisual exploration of the rise of hip-hop in the Bronx. This exhibition features hand-written lyrics by Afrika Bambaataa, clothing by Buddy Esquire, and the photography of Joe Conzo. Also included in this bricolage of hip-hop history is Afrika Bambaataa’s record collection, available for browsing and for sale. Record sleeves from this collection (now in the care of the Cornell University archives) are also exhibited on the gallery walls. 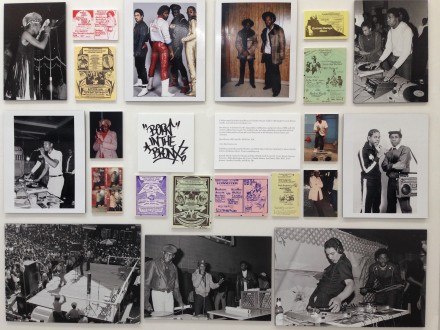 Installation View, “Born in the Bronx”. Work by Joey Conzo. 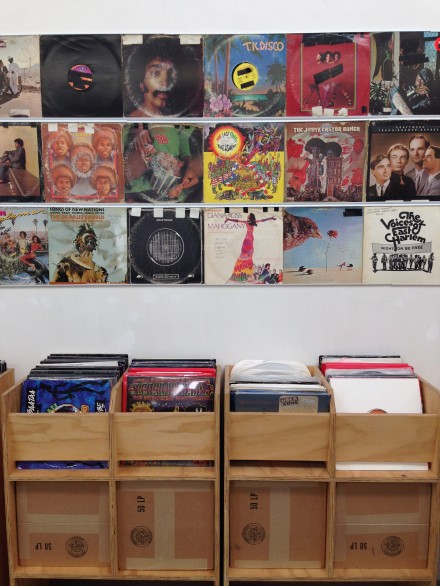 Between large-scale photographs and the notes, doodles and lyrics kept under glass is a detailed history lesson on the roots of hip-hop and the recollections of some of the most significant names to come out of the Bronx. The photographs of Joe Conzo are especially illuminating, revealing the perspective of a youth fascinated by his subject and community. Now lauded as one of the first hip-hop photographers, as an adolescent Conzo photographed a range of subjects from rap battles taking place in high school gymnasiums to the protests against the production of the 1981 film “Fort Apache, the Bronx”. The text accompanying his series expresses a deep love and gratitude for the community that encouraged the presence of his camera from an early age. Conzo’s focus was on the foundational hip-hop collective The Cold Crush Brothers, now recognized as one of the most groundbreaking groups in the history of this movement. 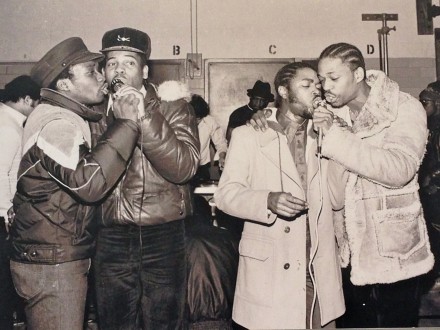 Beautifully interwoven into the personal anecdotes and belongings presented here is a history of the Bronx itself. A timeline of the period from 1963 to 1986 is included in the show and details both the political and musical currents sweeping the city during that period. The rise of the Black Panthers and Latin Kings, the drug epidemic, and indication of escalating racial tensions in New York and the United States as a whole. are articulated as interminably linked to the development of hip-hop. 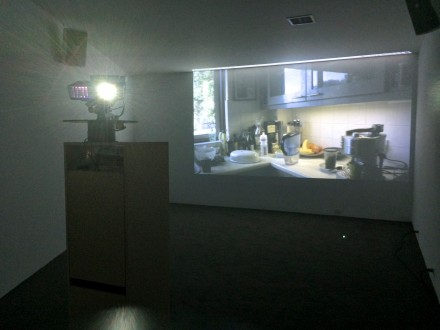 Presented alongside these two divergent exhibitions is a single video by Gavin Brown himself, a rotating, projected video work that expands around a bizarrely shaped, triangular room.  Playing a jarring, sharp series of tones which alternate with the images of domesticity on view, the work presents a studied view of a suburban home, alternating between banality and the surreal as the viewer remains in the space.  A well-executed exercise in video documentation and reinterpretation, the work underlines Brown’s latent abilities as an artist. 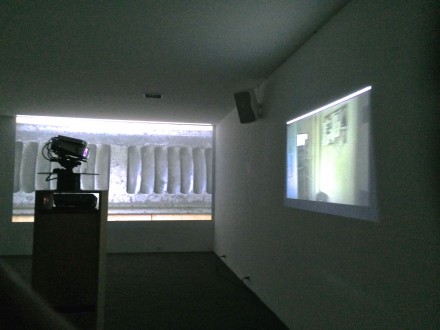 While immediate ties to Brown’s work might be a bit tenuous, the work places itself along the same concept of cleaning house, not just focusing on the domestic scene itself, but on Brown’s willingness to finally part with his work and show it publicly.  The shows run through August 1.

This entry was posted on Friday, August 1st, 2014 at 9:40 am and is filed under Art News. You can follow any responses to this entry through the RSS 2.0 feed. You can leave a response, or trackback from your own site.