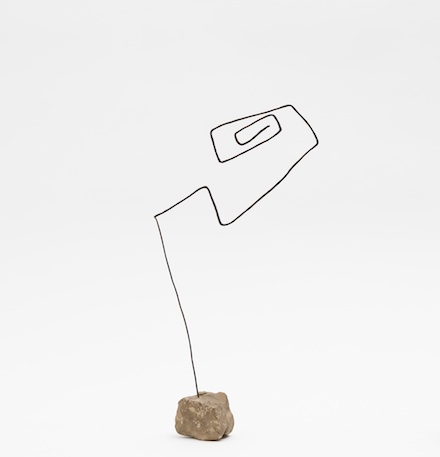 On view at Museum D’Art Moderne de la Ville de Paris is an retrospective exhibition of Italian painter Lucio Fontana, who was known as one of the the primary founders of Spatialism, and was long known for his association with the Arte Povera movement. The exhibition will continue through August 24th. 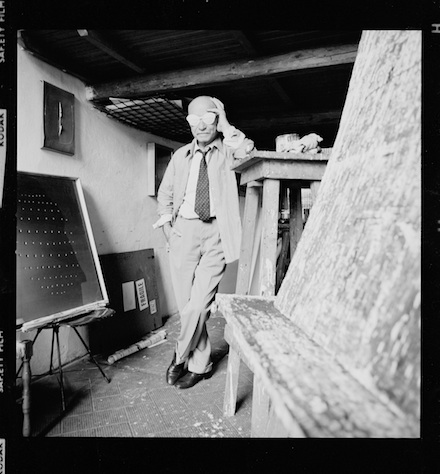 Lucio Fontana and his Lunettes Spatiales (1965)

Including work ranging from the 1920s until Fontana’s death in 1968, the exhibition is guided by his most important cycles of work, namely his interests in primitive and abstract sculptures, drawings, polychrome ceramics, Spatialist works, punctured canvases, Art Informel works, installations, Tagli (cuts/slashes), Nature, Fine di Dio, Olli, Venezie, Metalli, and his Teatrini (little theaters).  Moving from form to form, the retrospective allows a continued series of entry points for Fontana’s work, with each series referring to different points in his career. 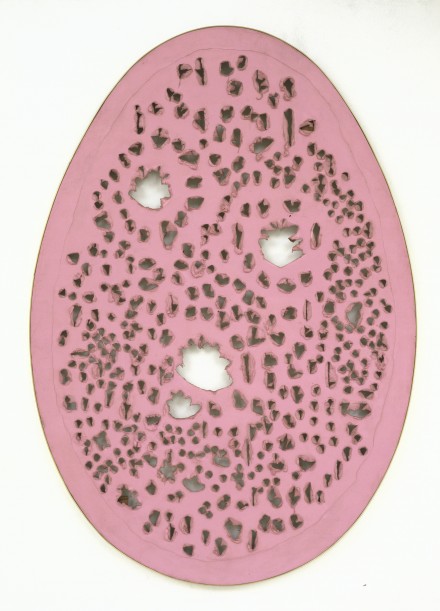 Fontana (1899-1968) was born in Rosario, Argentina to an Italian-born sculptor, and moved to Italy from 1927 until 1940, during which time he studied under sculptor Adolfo Wildt at Accademia di Brera and presented his first exhibition in 1930. From 1936 until 1949, he made expressionist sculptures in ceramic and bronze, until 1939, when he joined a Milanese group of expressionist artists called Corrente.  Fontana fled Europe at the start of WWII, and founded the Altamira academy in Buenos Aires, where he spent the duration of World War II. It was there that he wrote his Manifesto Blanco (White Manifesto), and where the artist began to explore the intersections of art and science through the tenants of spatialism.  His works from this period are defined by their intersections of depth and color, simple intersections that trace the interplay of light across their facades with the passage of time.  With his increasingly complex assemblages, Fontana sought to explore the notions of depth and space brought forward by the development of television technology, and the shifts in perception that the medium caused. 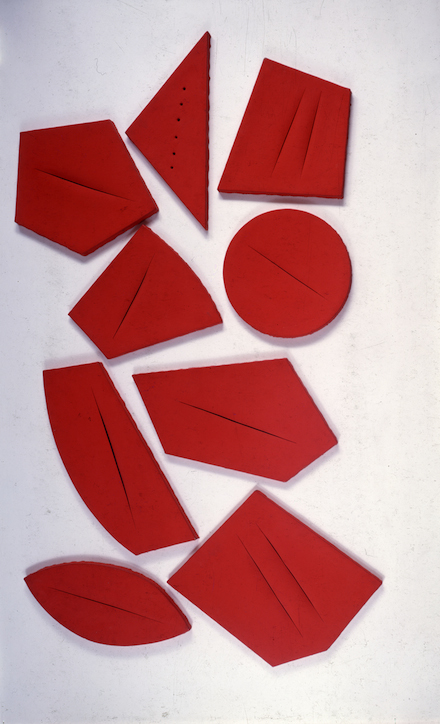 In 1949, Fontana exhibited his first Ambiente spaziale a luce nera (Spatial Environent) at the Galleria del Naviglio in Milan, which consisted of a giant amoeba shape suspended in the void of a dark room lit by neon light. After this key installation, he started his Spatial Concept or “slash” series, which was defined by creating holes or slashes on the surface of his monochrome paintings. He named this “an art for the Space Age,” and he used the title Concetto spaziale (spatial concept) for these and almost all of his later paintings. The paintings are broadly categorized as either the Buchi (“holes”), where he punctured the surface of his canvas, and the Tagli (“slashes”), where he made cutting gashes across the surfaces.  The important series Concetto spaziale, La Fine di Dio (1963-64) uses the egg shape as a defining formal structure, and his Pietre (stones) series combines sculpture with painting by smearing the surface of his paintings with heavy impasto and colored glass. Later in 1959, he began his Nature series of sculptures – terracotta clay spheres with gashes cut across their surface, which he subsequently cast in bronze. 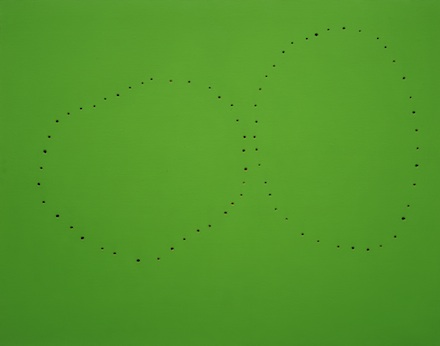 Fontana’s cut works and sculptures are expressive in their minimalism, examining the singular act of cutting or punching a hole as the opening of dimensions, the breakdown of the painter’s two dimensional space in favor of a haphazardly simulated depth.  The hole, in all its simple execution, signals the sudden entry of new elements to the painter’s repertoire, and Fontana frequently returned to the format to exhaust its compositional capacities. 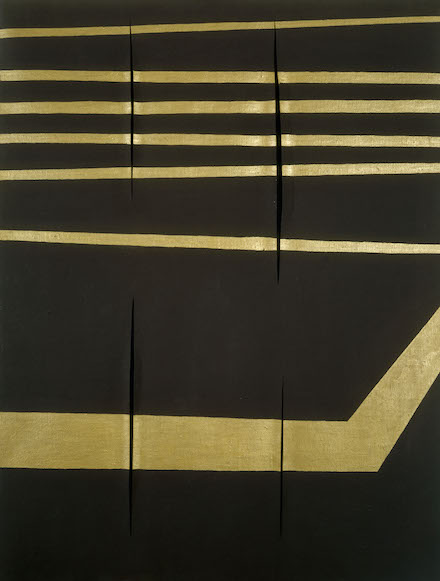 Fontana’s last works are mostly included in the Teatrini (little theaters) series, in which he used backcloths enclosed within a frame, referencing theater and the act of looking. In the foreground, irregular spheres or wavy silhouettes create a moving shadow play. 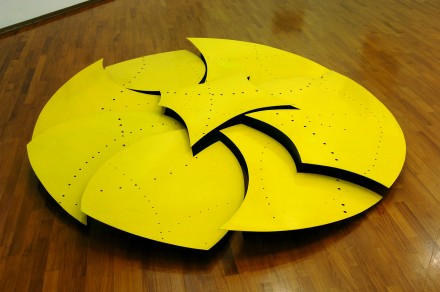 The body of work on display is extremely diverse and moves back and forth between abstraction and figuration, utopia and kitsch, technological fascination and amorphous materials, an accurate reflection of the enormity of Fontana’s life work.  Presented in collaboration with Fondazione Lucio Fontana, it includes a fully illustrated 300 page catalogue published by Paris Musées. Lucio Fontana: Retrospective opened on April 25th at Musée d’Art Moderne de la Ville de Paris and will continue through August 24, 2014.

This entry was posted on Wednesday, August 20th, 2014 at 12:00 am and is filed under Art News. You can follow any responses to this entry through the RSS 2.0 feed. You can leave a response, or trackback from your own site.