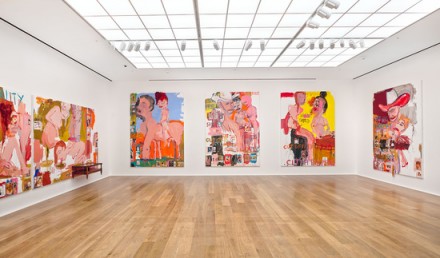 Currently on through Saturday at Hauser & Wirth’s London exhibition space is an exhibition of new paintings by multimedia artist, sculptor, and performance artist Paul McCarthy, marking the artist’s first exhibition devoted entirely to painting since the 1980s.  Continuing his work with the narratives of Snow White, McCarthy delves deeper into the formats and genres of Hollywood film production. 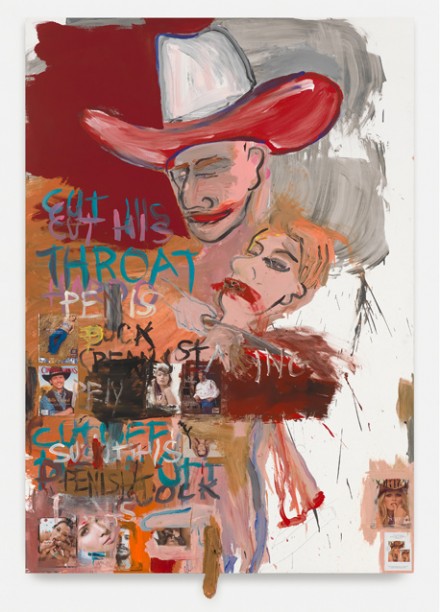 The works in this exhibition represent two major ongoing projects, entitled White Snow and Stagecoach (Hence the name of the exhibition, WS SC), in which he cleverly and subversively reinterprets archetypical American narratives.  White Snow, drawing on the fairytale Snow White, began in 2009, exploring the references within the original German folktale as well as its mainstream, commercial 20th century versions. The paintings re-stage moments from his WS performance at the Park Avenue Armory, New York in 2013, and they also invent entirely new scenarios that were not necessarily performed, but rather, could have been performed, recasting characters in unfamiliar ways. 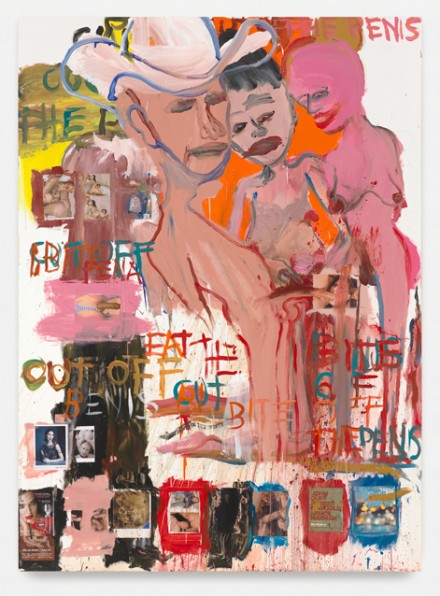 McCarthy works with the various iterations of the story of Snow White, and throws them onto a framework of the canon of art history. For example, in WS, Dior, McCarthy reworks Edouard Manet’s “Olympia” (1863), casting the figure of White Snow as Olympia, a character aware of her seductive power, looking at a man resembling Walt Disney. This Walt Disney lookalike reappears throughout the WS series as a semi-autobiographical character named Walt Paul.  In WS, Christies, Michaelangelo’s “Pietà” (1498-1499) is recreated so that the Virgin Mary figure becomes Walt Paul and the Christ figure laying in her arms is White Snow. 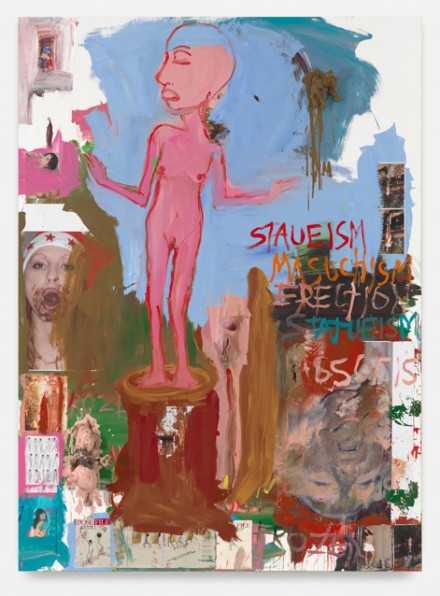 Stagecoach is another long-term project based on the 1939 American Western starring John Wayne, which depicts a group traveling across the United States in a stagecoach, all the while followed by Apache Indians.  McCarthy’s project SC focuses on social interaction between the genders, and particularly prominent are the “saloon girls,” as a format for sexual opposition and violence.  There is a motif of castration through repeated textual references, often reading: “CUT OFF THE HEAD/CUT OFF THE PENIS.” 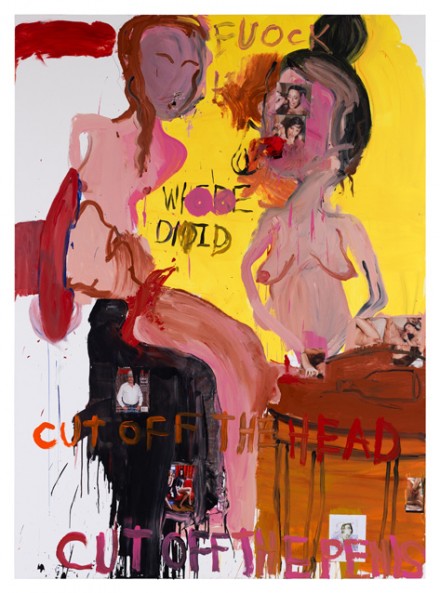 In addition to text, McCarthy also utilizes collage, so as to unite seemingly unconnected reference material together. These references include fashion magazines, images from the internet, and three-dimensional objects like synthetic wigs, a pair of boots, a coffee table, and soft toys wedged through the surface of the paintings.  In this way, art history is woven through contemporary motifs, so that both the modern and the historical are cast in opposing roles in the same dramatic scenes. In addition to the completed works, on view in a neighboring room are new drawings related to these ongoing series of White Snow and Stagecoach.

WS SC opened on September 13th at Hauser & Wirth in London, and the exhibition will remain on view at the gallery through November 1, 2014. 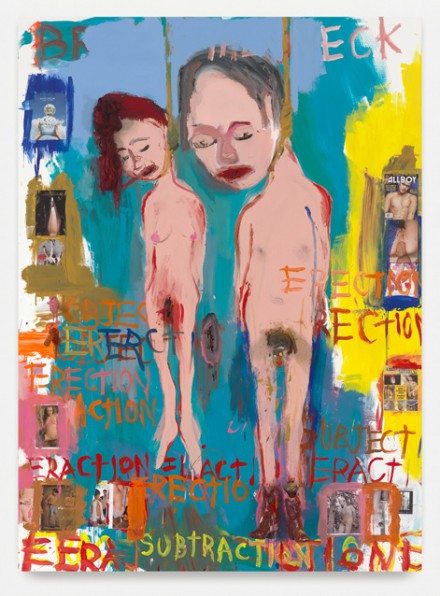 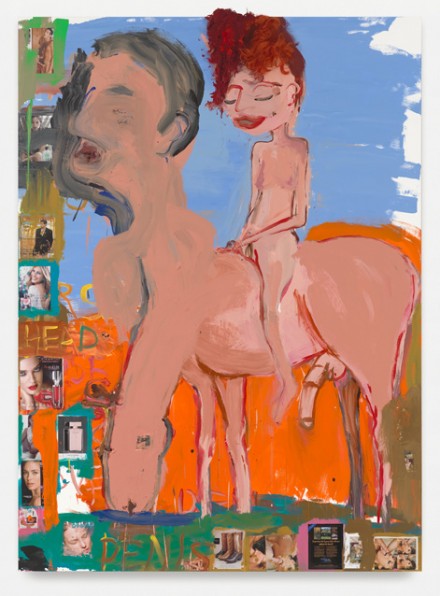 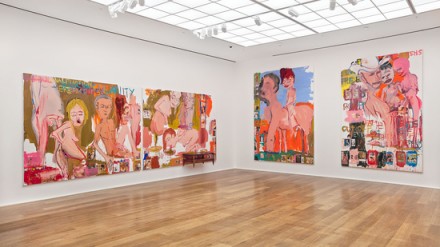 This entry was posted on Friday, October 31st, 2014 at 12:00 am and is filed under Art News. You can follow any responses to this entry through the RSS 2.0 feed. You can leave a response, or trackback from your own site.