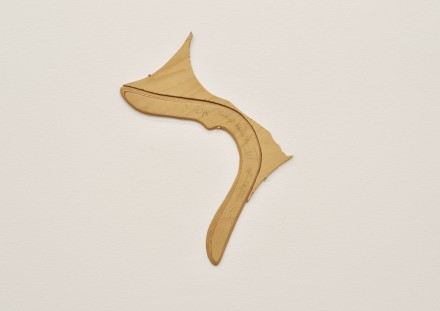 Gabriel Orozco seems to take pleasure in his own elusiveness.  His work is constantly exploring possibilities of space and time, flow and movement as factors just as important to his method of production as the objects themselves.  Simple actions, minimal manipulations and frequently employed found objects flow in and out of view, frequently alternating emphasis with the material remainders of the work’s original origins and uses. 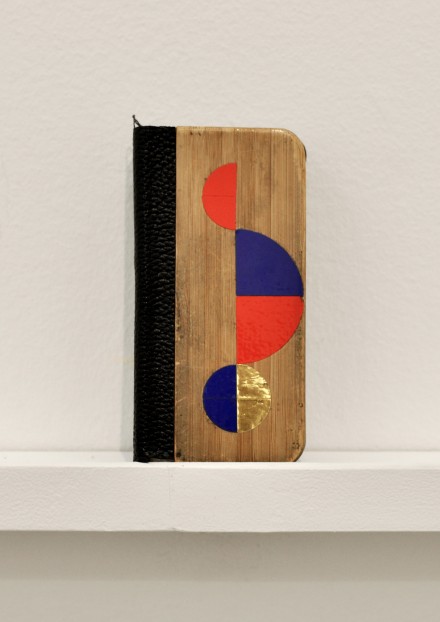 Gabriel Orozco, One is Many (2014), via Sophie Kitching for Art Observed 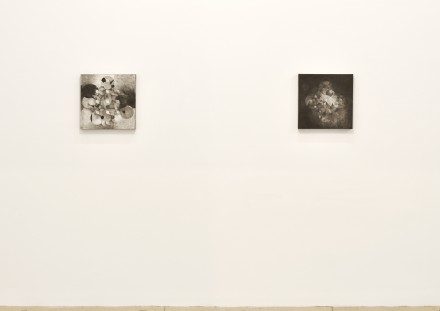 Such is the case with the artist’s boomerang works, a series of cut wood, wall-mounted sculptures that include a series of attempts at the flying weapon (Orozco is an enthusiastic collector), currently hung in the front room of Marian Goodman’s midtown exhibition space.  The final product is presented alongside remainders from the cutting process, often inscribed with penciled-in names for each model, tying interesting and often cryptic new meanings into the simple assemblage of cut wood.  In some cases, the piece is cut with such a harsh curve that one has to wonder even at its utility as a boomerang, obscuring the nature of the work once again as either a cast-off production piece in the creation of more functional objects.  It’s an interesting distinction, considering that the suitability of the final work could potentially dictate its value as a high-art conceptual object or a functional toy. 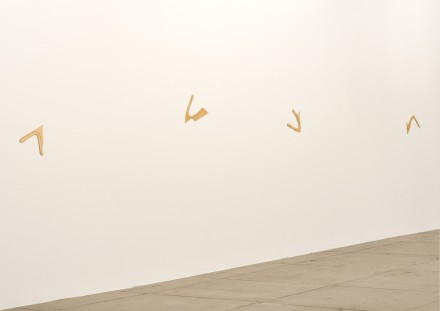 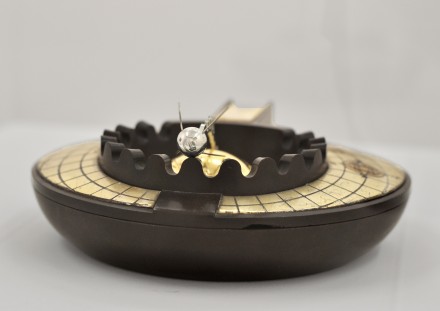 Circulation and production, as presented here, always seems bound up with a human use, at least as Orozco presents it.  Objects are marked and tattered, often bearing signs of use and manipulation.  His ashtray assemblage, Satellite Sputnik on Ashtray, is one such piece, combining multiple worn, symbolically loaded objects to create a bizarrely timeless, confounding work.  In another, the artist hangs a series of worn leather shoe templates on a coat hanger, accumulating the works to summarize their cast-off nature, while returning them to a space of use through their collected materiality.  There’s an almost mystical quality to these works, turning them into icons imbued with a sense of their role as artifacts, as evidence of a populace just outside of the viewer’s awareness. 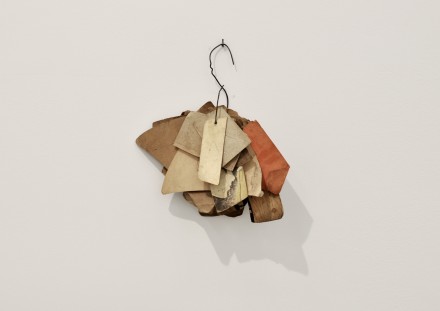 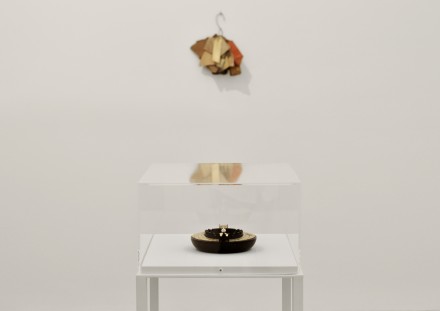 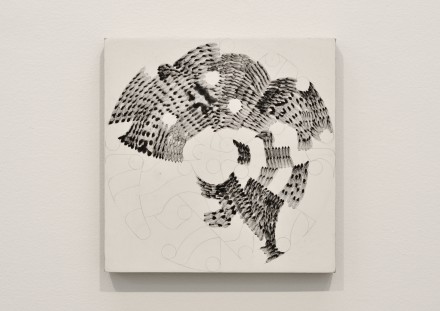 Complementing these works are a series of Orozco’s drawings and paintings in the South Gallery.  Created using a series of circular execution techniques, the pieces alternate simple colors with gold leaf, or looping circles of graphite to create flurries of movement and and space.  Bearing a strong visual tie to the graceful patterns of the boomerang in flight, the artist effectively displaces the kinetic potential of his subject onto the canvas, creating a series of works defined by a sense of circular, ellipsoidal movements.

Orozco’s exhibition is on view through October 18th. 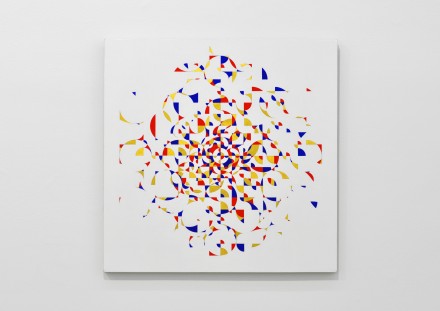 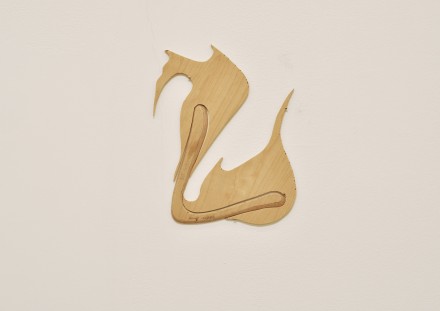 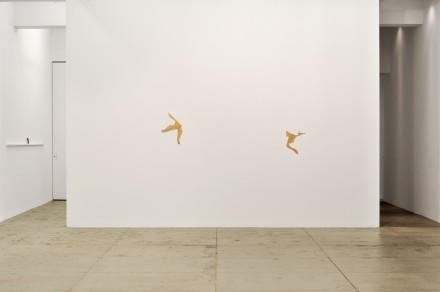 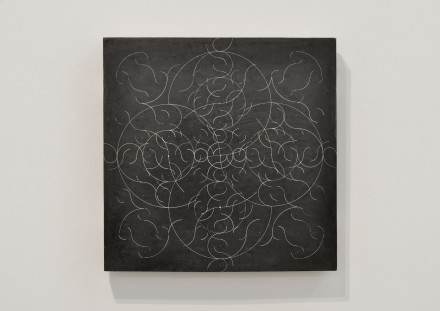 This entry was posted on Thursday, October 9th, 2014 at 12:17 pm and is filed under Art News. You can follow any responses to this entry through the RSS 2.0 feed. You can leave a response, or trackback from your own site.