Gillian Wearing, We Are Here (2014), all images courtesy Maureen Paley

On view at Maureen Paley is a solo exhibition of single-screen video work by Turner Prize-winner Gillian Wearing. Entitled We Are Here, the artist’s 6th at the London gallery.  The exhibition is conceptually inspired by American poet Edgar Lee Master’s book Spoon River Anthology (1915), in which the people who lived by the titular waterway rise up from the grave and talk about their lives and memories.  Wearing, who grew up in the town of Sandwell, bases her video on people from the West Midlands speaking as if they have returned from the grave. 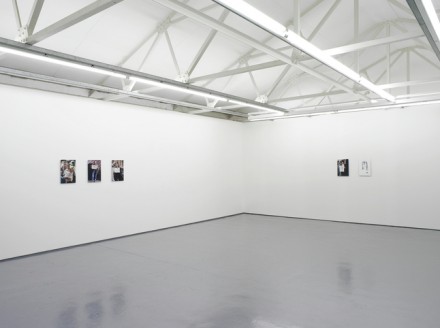 We Are Here premiered in the UK at The New Art Gallery Walsall and in the US at Regen Projects, Los Angeles, and the work here centers around the production and conceptual planning of the piece, including a series of photographs taken around Sandwell, and other pieces of research.  While the show is rather sparse, the exhibition is a welcome investigation into Wearing’s personal history, giving the area around her home town a certain agency to represent itself while also addressing the conditions and histories that help to define her own life and work. 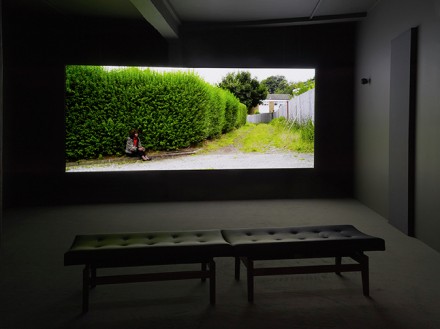 In her series of photographs, Signs that say what you want them to say and not Signs that say what someone else wants you to say, she allows her subjects the ability to express themselves on a series of white placards, with the results running from tender moments of self-honesty to hackneyed expressions about world peace.  Taken as a whole, Wearing’s brand of cultural realism uncovers the the anxiety of her environment and the occasionally fraught contract between the artist and her subjects, occasionally breaking down or leaning into pop culture formats. 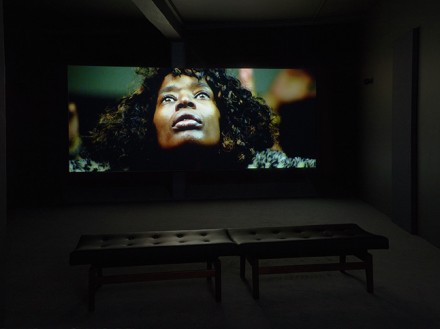 Wearing won the Turner Prize in 1997 and was awarded an OBE in 2011.  We Are Here was made possible by the Outset Contemporary Art Fund and the Art Fund with support from Maureen Paley, Shaun Regen and Tanya Bonakdar. The exhibition will remain on view at Maureen Paley through November 16, 2014.

This entry was posted on Monday, November 10th, 2014 at 12:00 am and is filed under Art News. You can follow any responses to this entry through the RSS 2.0 feed. You can leave a response, or trackback from your own site.