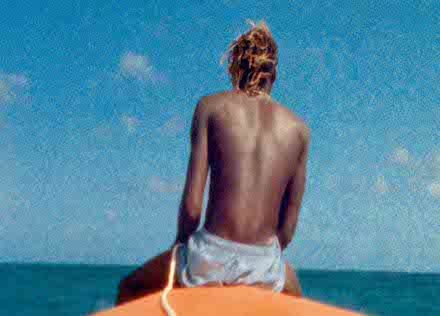 Steve McQueen, Ashes (2014), all images courtesy of the artist and Thomas Dane Gallery

On view currently at Thomas Dane Gallery are two new works from Steve McQueen, together making up an exhibition entitled Ashes. The first is an immersive projection with sound and the second is a new sculptural work entitled Broken Column, both produced in 2014.

McQueen is more commercially known for his cinematic releases, but he is also the auteur behind some of the most seminal works of moving image designed for gallery-based presentation.  His Drumroll, for instance, was a dynamic experimentation in movement and force that earned McQueen considerable attention early in his career, and his ongoing exchange with the language and history of cinema makes his work all the more complex. 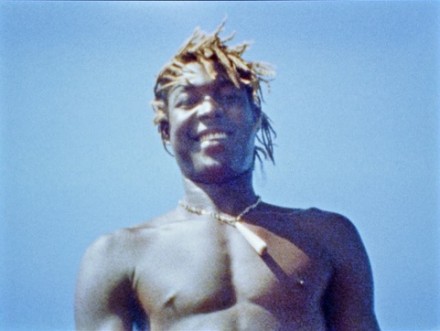 Ashes, McQueen’s new filmic work, was shot on Super 8 film in 2002, while the artist worked in Grenada for his film Carib’s Leap, and is accompanied by an eerie soundtrack of human voices.  The film was initially commissioned by Espace Louis Vuitton, Tokyo and premiered there earlier this year.  What makes the work so jarring is the story itself, regarding McQueen’s lone subject, Ashes.  The boy, who appears young and lively in the film, was gunned down after stealing a baggie of drugs from the beach near his home.  As the boy dives in and out of the waves on-screen, a series of voices retell the story of his murder over and over, a short, sudden slap in the face. 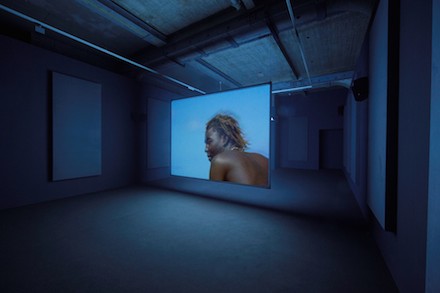 Ashes exudes McQueen’s signature style, finding a place somewhere in between the specific and the universal, and between the literal and abstract. With lingering “carnal undertones,” the bleakness that characterizes his films leaves the audience feeling uneasy, yet the beauty of the cinematography is magnetizing. 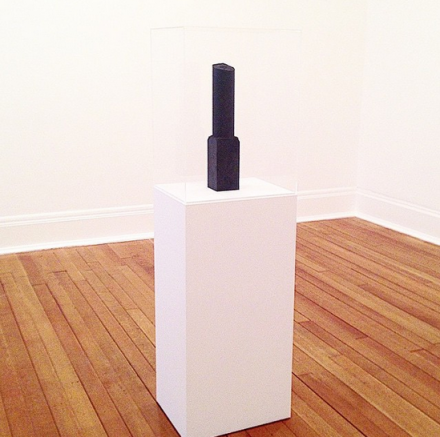 Broken Column is a sculptural piece made of Zimbabwe black granite, wood, and Perspex, meant to act “as a pendant” to Ashes.  A severed black tower, the work is plain-faced in its condemnation of systemic violence, and its memorializing for the lives lost to the tragedy of violence and drugs that so often plague black communities.  In its minimal execution, the tragedy of the story on-screen is allowed to unfold, and to quickly universalize as the viewer passes by. 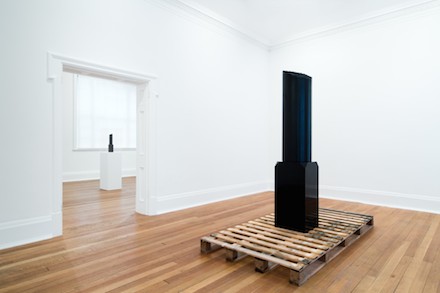 This will be the third solo exhibition of work by British artist and filmmaker Steve McQueen, and this exhibition marks the tenth anniversary of the Thomas Dane Gallery. McQueen was born in London in 1969 and his work belongs to the permanent collections of esteemed institutions throughout the world, such as Tate Gallery, London; MoMA, New York; The Art Institute of Chicago; and the Musee National d’Art Moderne George Pompidou, Paris. McQueen is also well known for his 2008 film Hunger, which won the Camera d’Or at the Cannes Film Festival and for his most recent 3-time Oscar-winning 2013 film 12 Years a Slave. McQueen currently resides in both Amsterdam and London.

Ashes will remain on view at Thomas Dane Gallery through November 15, 2014. 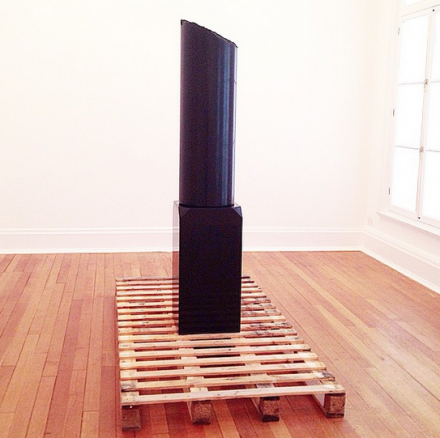 This entry was posted on Monday, November 3rd, 2014 at 12:00 am and is filed under Art News. You can follow any responses to this entry through the RSS 2.0 feed. You can leave a response, or trackback from your own site.