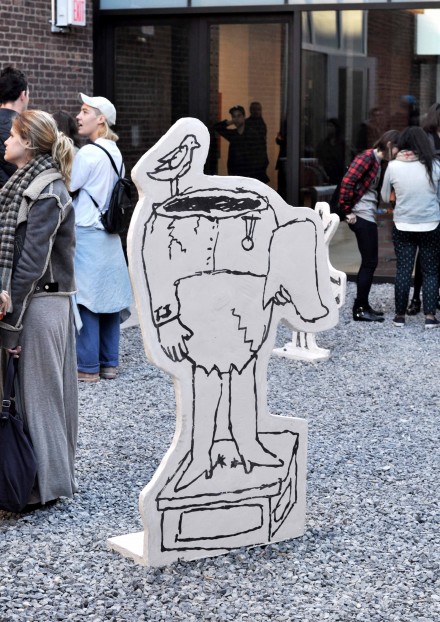 Mick Peter, all photos via Sophie Kitching for Art Observed

The newly re-opened SculptureCenter in Long Island City has earned a reputation for forward-thinking exhibitions and thematic concerns, opening new dialogues between the constructed, three-dimensional object and its related artistic formats.  It’s perhaps highly fitting then, that the exhibition space’s newest show, and its first since its impressive renovation, would focus specifically on these links of space and form. 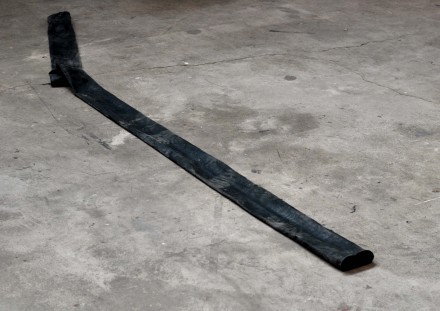 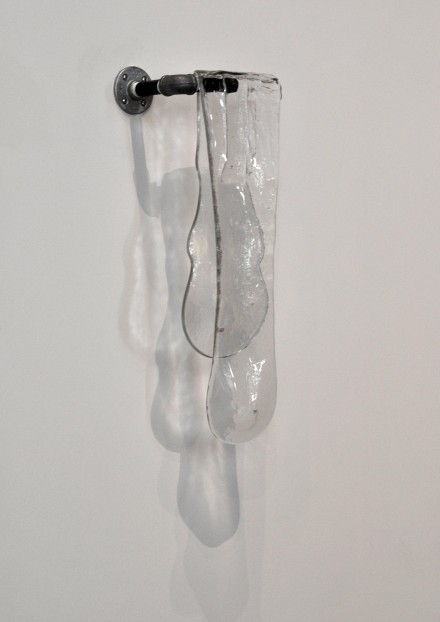 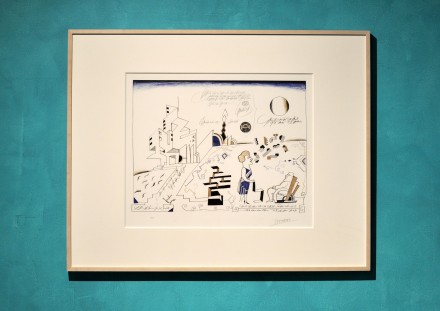 Throughout, notions of the cartoonish and the surreal are left relatively indistinct, and many of the sculptural inversions on view, like Olga Balema’s Long Arm 2, seem to borrow heartily from both the languages of pop culture and formal art practice in equal measure.  It’s a similar situation with the work of painter Jamian Juliano-Villani, whose carefully crafted canvases are like few others, seamless conflations of surrealist technique dressed in the imagery and iconography of seminal alt-cartoonists like Ralph Bakshi.  Here, an awareness of multiple histories, spaces and identities come to the fore, set off against each other by a careful negotiation of space and construction. 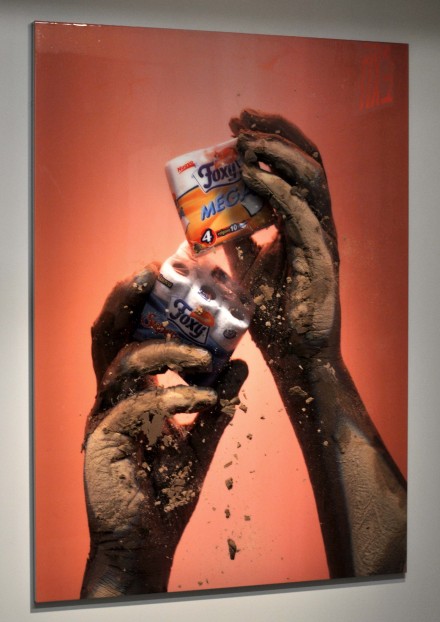 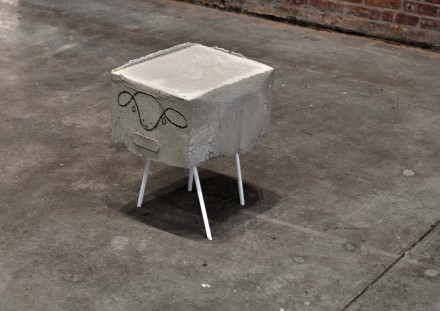 On the other end of the show are works that borrow heavily from conventional, three-dimensional forms, pieces firmly rooted in “real” space, or which take this root as a point of departure.  Win McCarthy’s works, for instance, take the objects of contemporary interior design, and places them into absurd positions, either suspended in action, or lent a certain degree of absurdity by their pairing with a silicone material hung sloppily over the work. 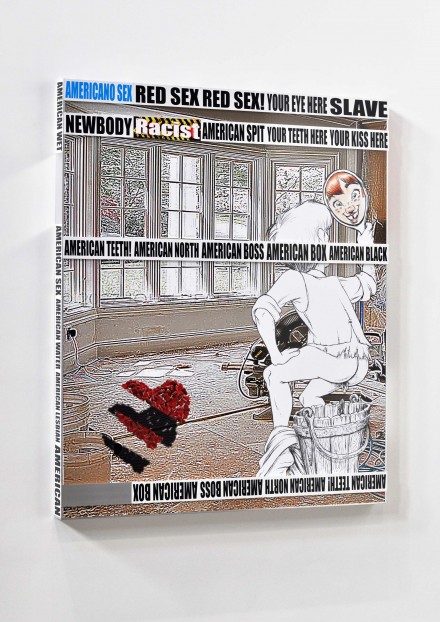 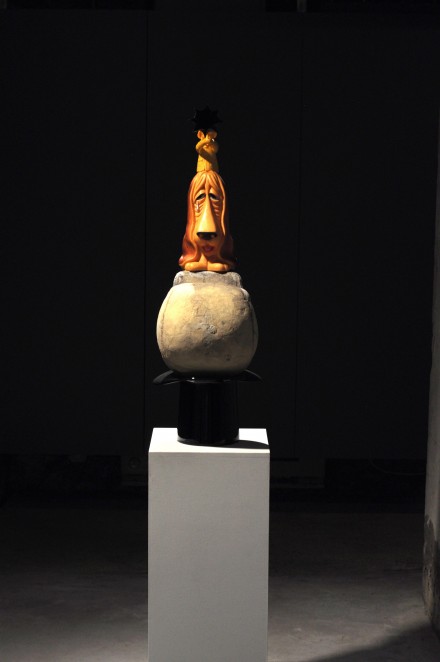 What’s perhaps most interesting here is this concept of space as illusion, of the idea of the cartoon or the surrealist break as model for an expansion of depth and perception beyond human rationality.  Addressing the spatial logic of modernity through plainly presented objects, the exhibition offers a constant state of flux, forcing a reappraisal of the object, and the state of reality to which it may actually belong.

Puddle, Pothole, Portal is on view through January 5th. 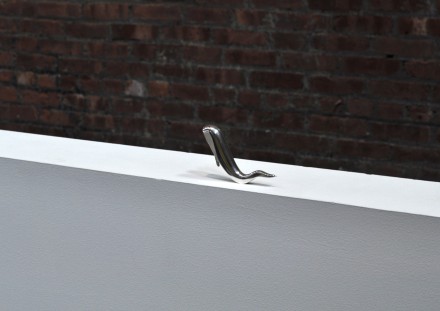 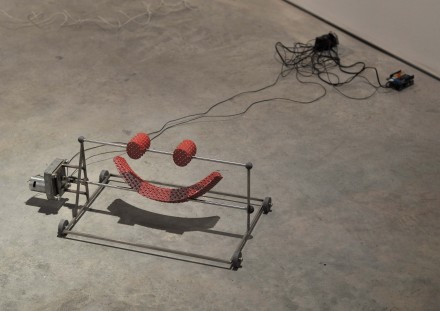 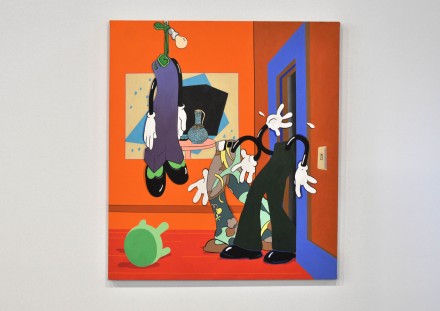 This entry was posted on Monday, November 17th, 2014 at 12:00 am and is filed under Art News. You can follow any responses to this entry through the RSS 2.0 feed. You can leave a response, or trackback from your own site.