New York: “Spaced Out: Migration to the Interior” Curated by Phong Bui at Red Bull Studios Through December 12th, 2014 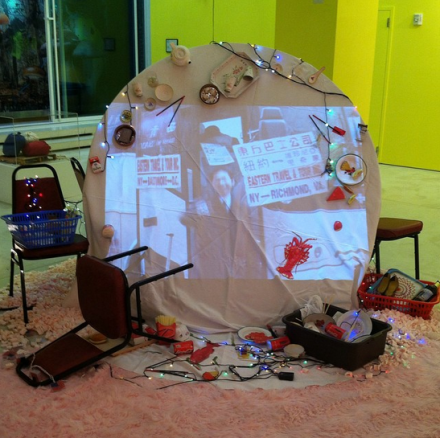 There’s few places in New York that one could find a small-scale show pushing the envelope the way that Brooklyn Rail’s Phong Bui is currently pushing it at Red Bull Studios.  Combining historically rich pieces with a number of young artists and many frequently outside the spotlight of New York’s blockbuster arts calendar, the exhibition is a dizzying combination of forms, spaces and images, from surrealist painting to bizarre installations and architecture and back. 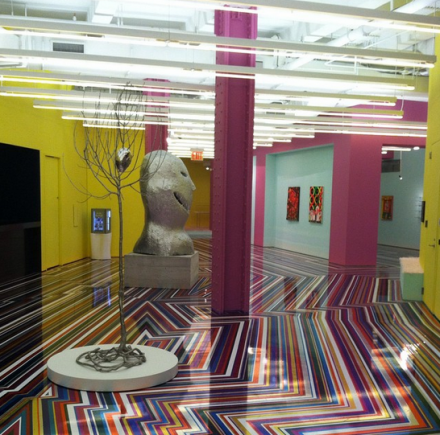 Spaced Out at Red Bull Studios, via Art Observed

Phong Bui’s work in New York has always been subtly behind the scenes, a consistently dynamic practice involving curation, writing and close personal interactions.  His work last year on the Hurricane Sandy benefit exhibition at Industry City was a quiet coup among the art community, and his continued work with The Brooklyn Rail has made it one of the most authoritative looks at New York’s creative communities, one whose output and density requires an effort almost beyond the single viewer (much like the city’s art scenes themselves).  Here, he is given free reign, and seizes the opportunity.

Constantly shifting in state, Spaced Out is perhaps the closest thing one can get to a visual equivalent of a caffeine rush.  Even the floor itself is subject to sudden changes, moving from Jim Lambie’s glimmering lines of tape upstairs to huge expanses of furry carpeting, and which clings to viewers’ shoes long after they leave the show.  Paired with these environments are equally challenging works, from Jon Kessler’s bubble-blowing Lost Boy #2 to the overturned table of Cao Fei’s HIP HOP NY, on which the artist projects a series of Chinese-American subjects dancing awkwardly to a generic hip-hop beat. 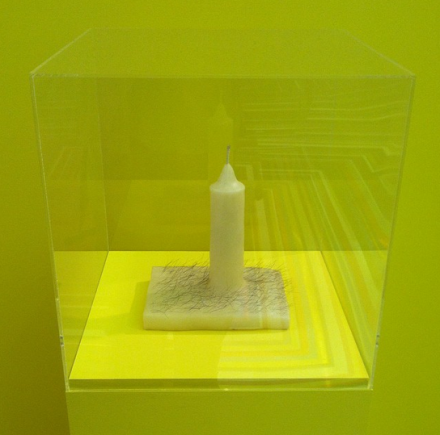 These investigations into identity and space are strong in their own right, but Bui arranges them in a manner that constantly subverts itself.  As the viewer passes through the space, a moment of reflection gives way to pure sensory overload, particularly in the exhibition’s theater space, where psychedelic video works alternate between a fluid exploration and a moment of physical repose, while elsewhere, one moves from a bizarre Will Ryman installation filled with shoes to an enormous canvas by Philip Taafe, to a tabletop installation by Fred Tomaselli, where the viewer activates a chain of audio feedback creating a sizable collection of speaker cones to set off vibrating piles of cat litter. The phenomenological trades off with the purely illusory, always challenging states of awareness, existence and perception of time or space.

With the density and impressive selection of artists made by Bui, Spaced Out is a welcome dive into some of the more demanding, perceptually-focused work being made today, sewn together in a manner that underscores each piece’s ability to work in conjunction with the space around it. 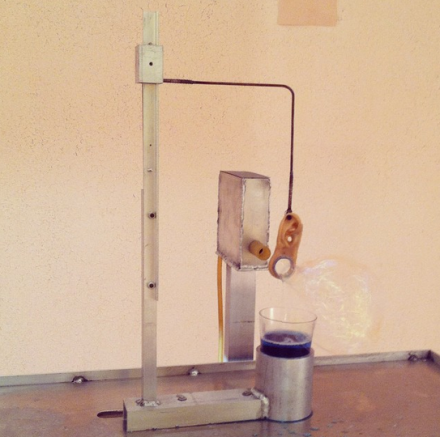 This entry was posted on Tuesday, November 11th, 2014 at 12:00 am and is filed under Art News. You can follow any responses to this entry through the RSS 2.0 feed. You can leave a response, or trackback from your own site.