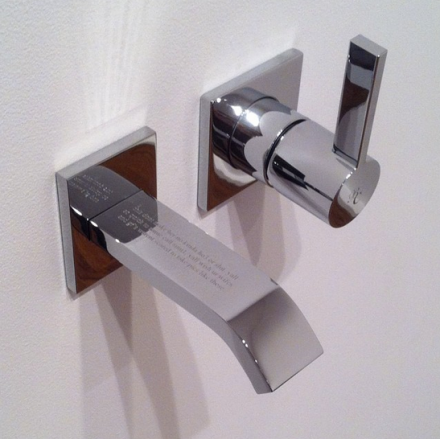 Painter Rita Ackermann takes the curatorial helm at Hauser and Wirth’s uptown gallery this month, presenting an exhibition of works that offers a fascinating, and notably specific study of recent art history.  The exhibition, titled Freezer Burn, focuses on a specific group of artists cresting in the early years of the 21st century, as well as affiliated artists from the past decade exploring the pervasive aesthetics of pop culture and political interference. 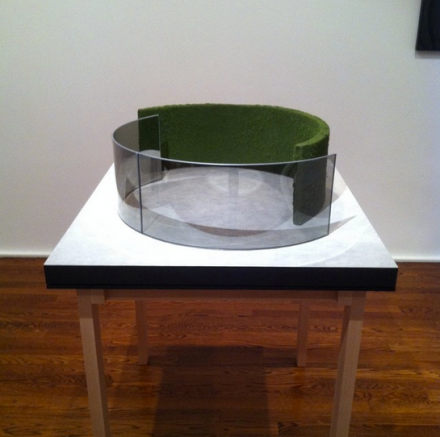 Throughout Freezer Burn, the artists on view take a remarkable approach towards the domestic milieu and the commodity object.  From Antoine Catala’s incorporations of familiar kitchen utensils and industrial hardware to the suspended neons of Jason Rhoades, the works on view constantly approach the familiar and the banal from a subversive tilt.  Works utilize their own commonplace signifiers as a method of self-analysis, underscoring the pathetic nature of their own construction, and the intersections of surrealist techniques with the industrial materials of modernity. 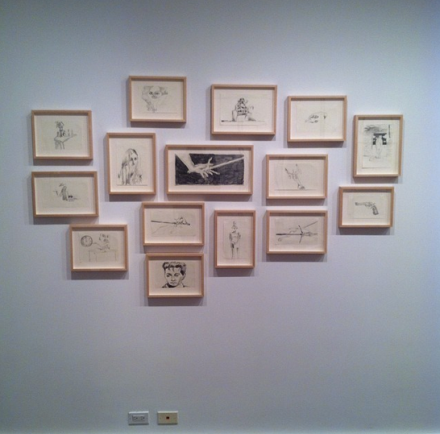 A Series of Drawings by Mark Gonzalez at Hauser and Wirth, via Art Observed

Perhaps the best indicator of these themes sit at the core of the exhibition, in a broad collection of works by Bernadette Corporation.  Incorporating a set of pieces from across the collective’s history, the exhibition allows a strong study of how the pop discourse can be utilized as an invasive force in contemporary art.  From fashion ad copy littered with aggressive urban iconography to a series of water fixtures emblazoned with poorly spelled texts on Rihanna and other “Celebritys” (sic), the works place the dissonance of materials, intent and execution at the core of their composition, and allow the assemblages to collide through the viewer’s points of reference. 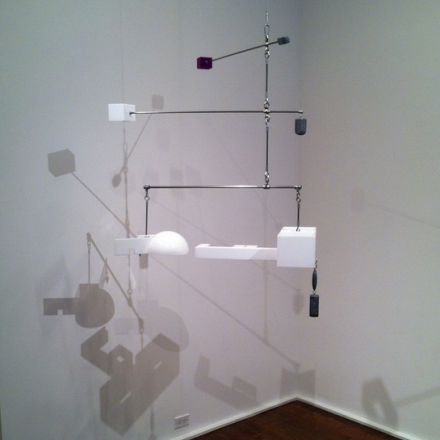 In one particularly impressive work, a pair of flat-screen televisions broadcast an endless loop of the Gulf Stream Horizon oil leak, a disturbing image that carries all of its historical weight, but is given additional clout by its presence in the gallery, and the pristine nature of its exhibition screens, leaving it somewhere between an electronics demo and a chilling reminder of the relentless damage man does to the world around him. 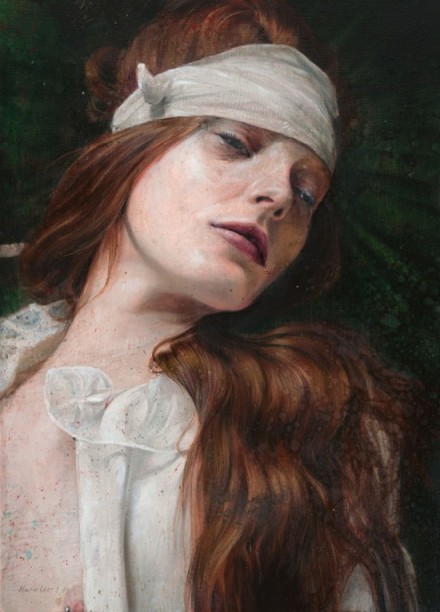 As an interesting counter-point, the exhibition has also selected a number of drawings by Mark Gonzalez, the artist and professional skateboarder who has been a subtly driving force in New York’s potent downtown arts scene over the past thirty years.  Incorporating a similar cartoonish amateurism to his sketches and zines, Gonzalez’s work allows a studied moment of removal from the very tangible objects around them, while never relieving the viewer from a distorted view of the world they live in. 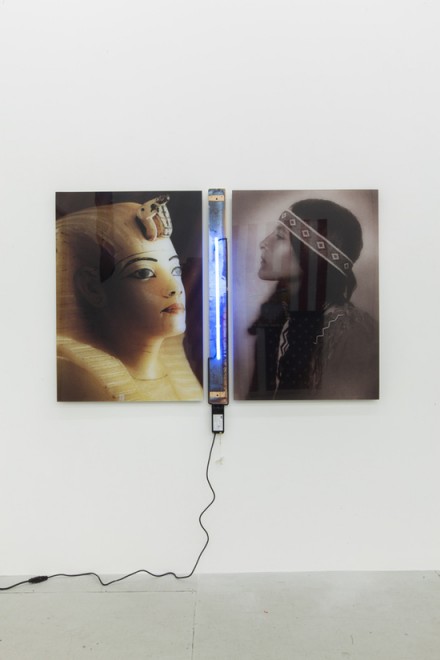 Lizzi Bougatsos, Your Highness, I present a rave (2012), via Hauser and Wirth 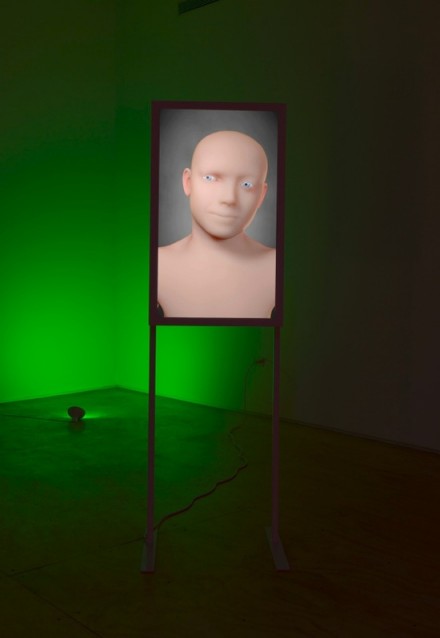 This entry was posted on Tuesday, December 16th, 2014 at 3:22 pm and is filed under Art News. You can follow any responses to this entry through the RSS 2.0 feed. You can leave a response, or trackback from your own site.