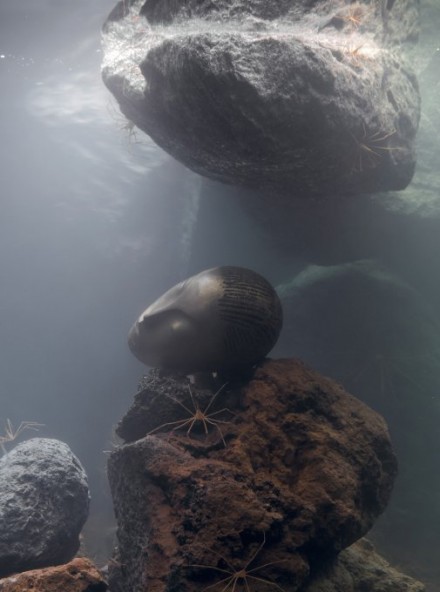 Following a year of strong solo exhibitions and special projects in the United States and abroad, Pierre Huyghe has opened a the first major retrospective devoted to his work at the Los Angeles County Museum of Art, pulling together a combination of his most ambitious videos, sculptures and installation environments, allowing a broad few of the artist’s continued interests in fluctuations of time, space and matter as expressed within the gallery environment.  Huyghe’s retrospective, which first opened in Paris, early last year, finally makes it to U.S. soil, bringing with it a group of 50 projects culled from the artist’s 20 year career. 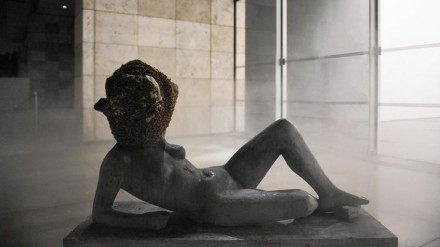 Huyghe’s work frequently takes the intersection of static, institutional space and natural life as his operating grounds, and his work invites as much a critique of the art historical as it does the machinations of his often living subjects.  In his sculpture Zoodram 5 (2011), for instance, the artist crafts a marine environment, full of plants and a hermit crab, but places a recasting of a Constantin Brancusi figure in the tank as well.  While the outcome varies from exhibition to exhibition, the crab has, in certain exhibitions, taken the cast onto its back, using it as a shell in the same way it would a dried out carapace on the beach. 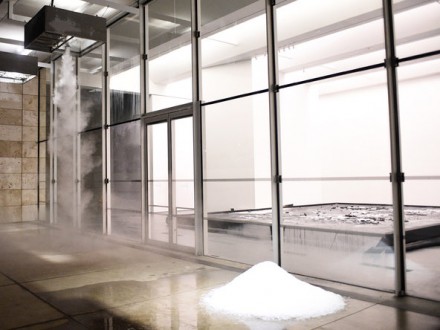 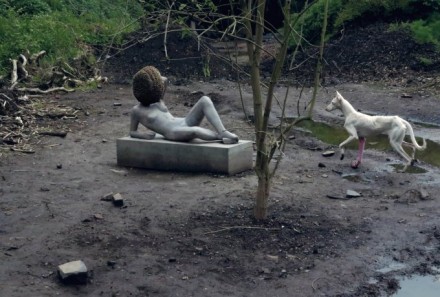 But as much as his work explores the decay and change of time on an abstractly anonymous scale, a certain apocalyptic undertone carries itself through much of Huyghe’s career.  Animals and plant life engage with the body of art history in environments completely devoid of any human life, save its signifiers.  The spaces are abandoned by humans, or rather, evacuated, leaving only the highly charged objects that his animal subjects reanimate.  Throughout, the predominant theme is an idea of repurposing, of adjusting, or potentially, returning, the cultural artifacts of humanity to the life functions of a new user.

Perhaps this is no better illustrated than in the presence of Human, an Ibizan hound that Huyghe has installed within the gallery space.  The living animal, who has appeared in similar form throughout the artist’s video work, takes up residence within the exhibition space over the duration of the show, a living creature that joins the viewer in their passage through the space of the museum, or pauses to rest and look back at its guests.  As much about space as it is about time, Huyghe’s work here makes for an interesting intersection with questions of ownership and agency.  As an extended resident at the exhibition, Human seems to accept a role as a caretaker of sorts, a constant presence that claims a certain portion of space for herself.

Allowing the collision of non-human agendas with the artistic artifact, Huyghe’s work presents a new format for imagining production, exhibition or even, in many cases, decay.  His retrospective is on view through February 21st. 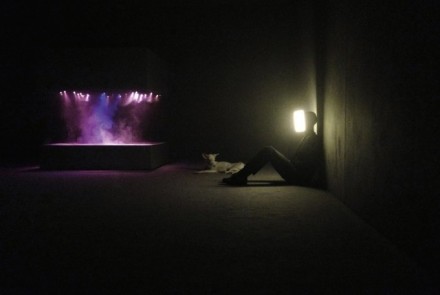 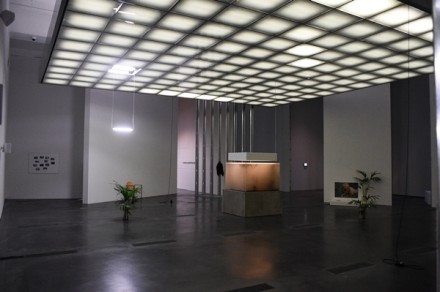 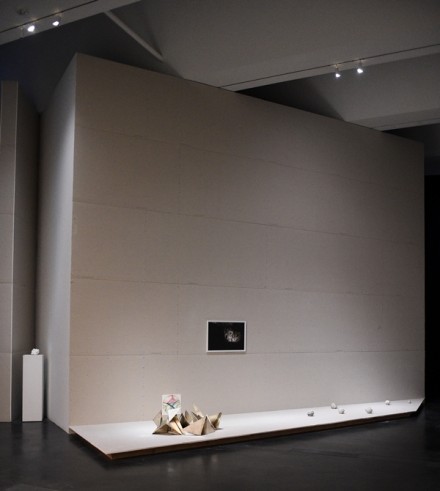 All photos by Stefanie Keenan Courtesy off LACMA

This entry was posted on Friday, February 6th, 2015 at 12:00 am and is filed under Art News, Featured Post, Show. You can follow any responses to this entry through the RSS 2.0 feed. You can leave a response, or trackback from your own site.