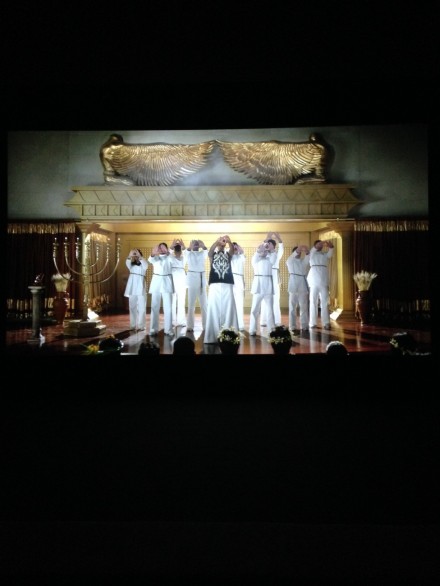 Yael Bartana’s new body of work, containing two video pieces, two photographs and a neon installation, is currently on view at Petzel Gallery. The Tel Aviv and Amsterdam-based artist has become one of the strongest artistic voices from her home in Israel, a territory Bartana, in her own words, aims to ‘treat as a social laboratory’. Living abroad gives the Bezalel Academy of Arts and Design graduate the opportunity to maintain a neutral outside perspective towards her country that has always remained embedded in political, religious and social turmoil. 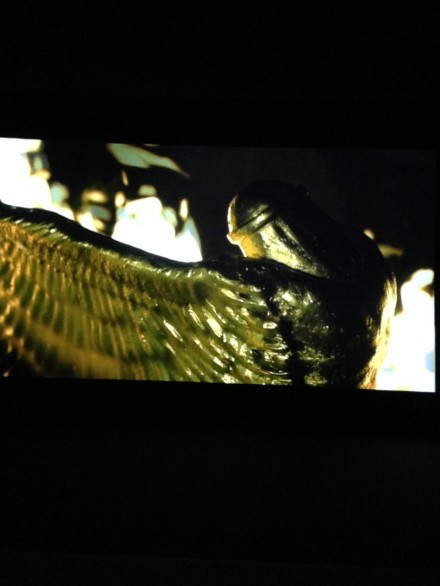 Of the works on view, Inferno, a 22-minute long video Bartana shot during her residency in Brazil in 2013, stands out thanks to its high production value and potent visual language.  Through a technique that Bartana refers as “historical pre-enactment,” she investigates the performance and the aftermath of a fictional tale that has its roots in historical references. The inception point of Bartana’s project is the construction of the third temple of Solomon in São Paulo by a Brazilian Neo-Pentecostal Church called The Universal Church of the Kingdom of God. 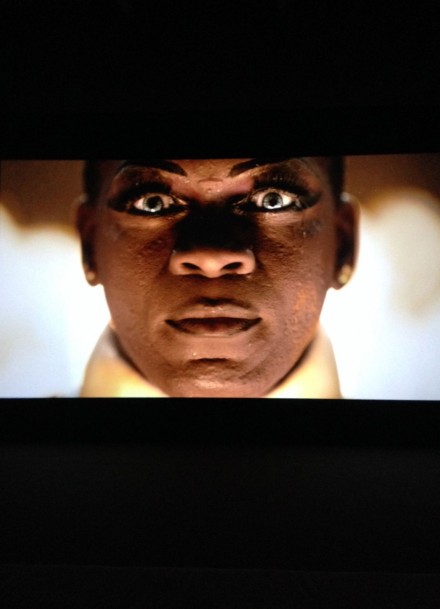 Built as a replica of the biblical temple, the construction is aimed to investigate the formation of Jewish diaspora that dates back to 6th century BC. What starts as a festive and joyous encounter among the worshippers of the temple is followed by a catastrophic series of events that inevitably lead to a similar finale to the biblical tale.  Depicted in a highly stylized and epic manner, the video premiered at the Pérez Art Museum in Miami, and allures the audience with its visual and audial dominance, minimizing its declarative tone to a point that making assumptions on Bartana’s statement becomes a challenge. 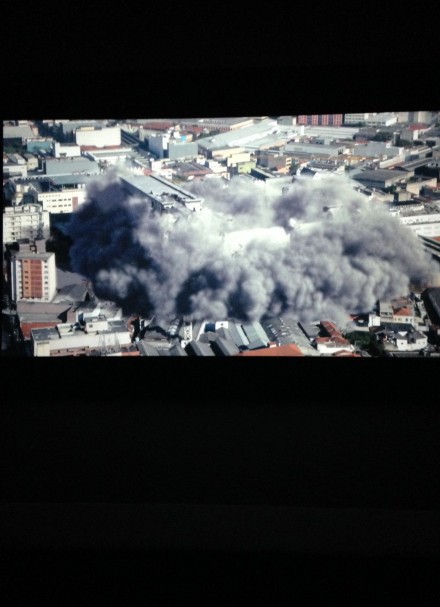 Consequences of dictated faith and misinterpretation of the past, however, also make their presence felt in the video. After Bartana’s previous tour-de-force And Europe Will Be Stunned, Inferno tightens her artistic vision in which her investigation on collective identity, either through religion or nationality, moves to further extents, particularly as she bases her arguments on semi-historic and semi-fictional plots.  In this approach, undiscovered territories for discussion are brought to the surface.

Black Stars Shed No Light is another example of the neon texts the artist is known for, especially when utilized as accompaniment to her video pieces. Here, the oblique text builds a contrast with the lit up neon work, striking as a silent yet grasping commentary on the video through a subtle composition of words.

Yael Bartana is on view at Petzel Gallery through February 21, 2015. 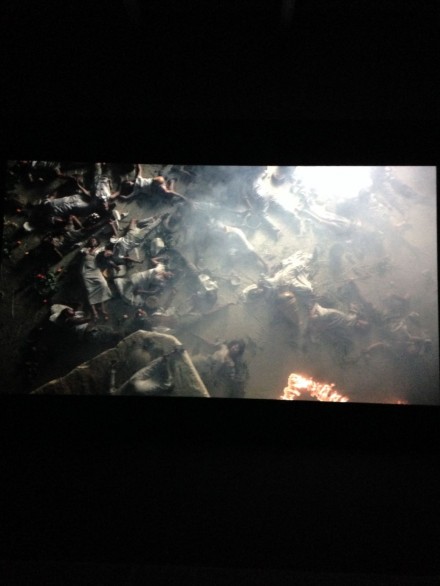 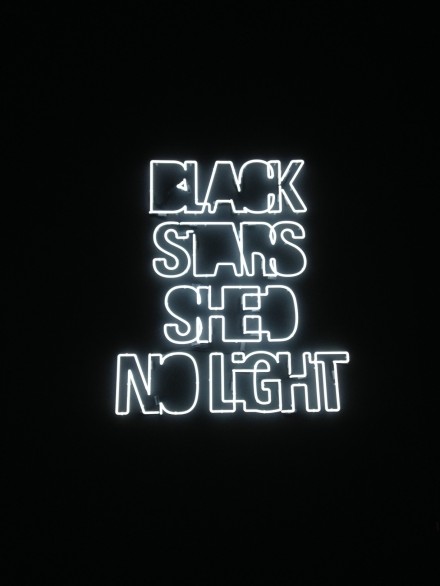 This entry was posted on Saturday, February 7th, 2015 at 12:00 am and is filed under Art News, Featured Post, Show. You can follow any responses to this entry through the RSS 2.0 feed. You can leave a response, or trackback from your own site.