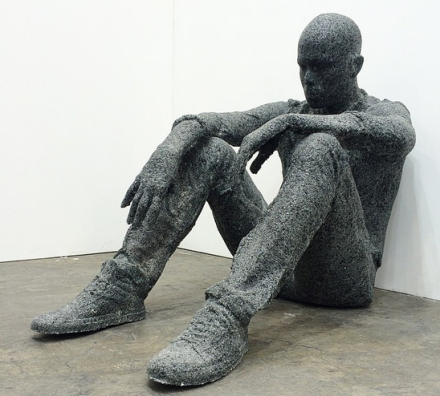 Following a hectic weekend of events and openings, today caps the final day of Art Basel Hong Kong, bringing strong sales and attendance at the sixth edition of the massive Asian market event.

The first fair for new director Adeline Ooi, the event seems to be focusing more heavily on nearby regions, making the case for a broader offering of often overlooked artist and galleries that nevertheless brought strong global interest.  The fair was well-attended in its first few days, as curators, collectors and artists strolled the long aisles of the Hong Kong Convention Center.  Philip Tinari, head of Beijing’s Ullens Center for Contemporary Art was on hand, as were Hans Ulrich Obrist, Sir Nicholas Serota, Takashi Murakami, Simon de Pury, Tommy Hilfiger, Susan Sarandon and Gwyneth Paltrow. 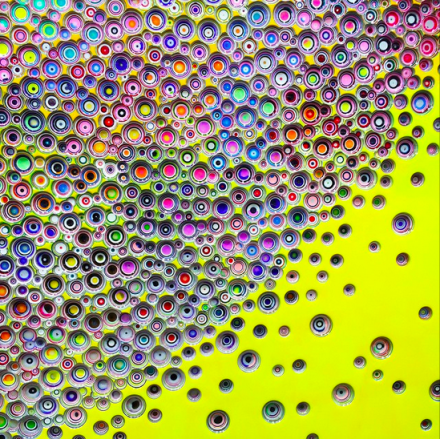 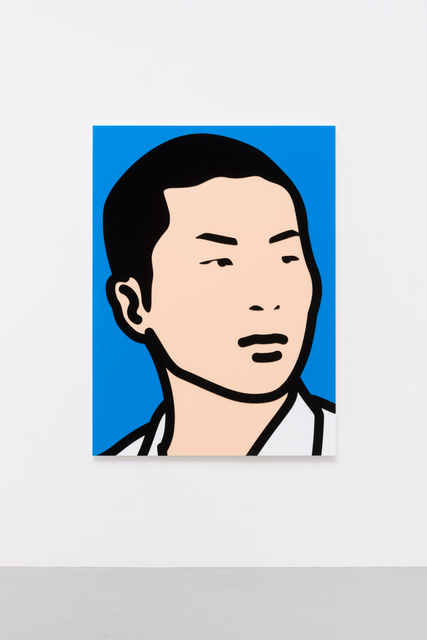 Notable sales in the early hours of the fair included $2 million price tag for a Chris Ofili work at David Zwirner, which was scooped up within the first moments of the fair, and joined hours later by a Neo Rauch canvas that brought $1 million.  An Anselm Kiefer piece brought €750,000 at Galerie Thaddaeus Ropac, while White Cube sold a Damien Hirst piece for $1.1 million.  Do Ho Suh also sold well across the fair, selling several works from $20,000 to $40,000 at Lehmann Maupin, as well as 8 works at Singapore’s STPI, including one work priced at $150,000. 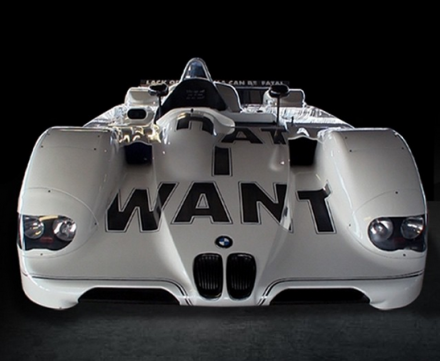 Jürgen Drescher, Found frame gold leaf covered (2012), via Mai 36 Galerie
Other notable works included a MadeIn Company (the art corporation run by Chinese artist Xu Zhen) adaptation of Gustave Courbet’s L’Origine du Monde, covering the subject’s genitals with a camera flash, and then repainting the photo to create a comical take on the work’s controversial history and its circulation as image.  The piece was offered for $330,000, but had yet to sell at Long March. 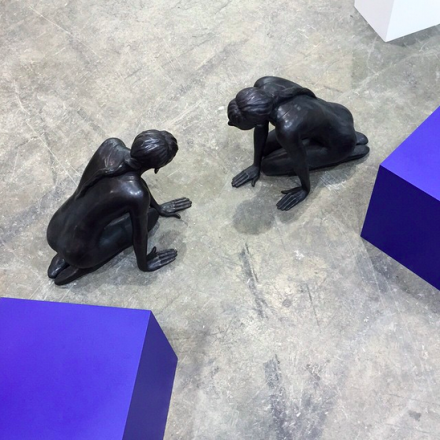 Also on view was a unique collaboration between Jenny Holzer and BMW, a concept car emblazoned with the text “WHAT I WANT,” and placed on the third level concourse of the Convention Center, playing on the work’s trophy status.  In the fair’s Encounters section, artist Gao Weigang was presenting an immense, skeletal take on a shipping container, cast in what appeared to be gold.  In another corner, artist Xu Longsen’s ink on paper works towered over passerby, streaming down from the ceiling of the space. 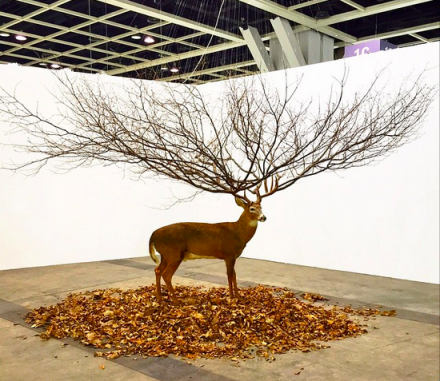 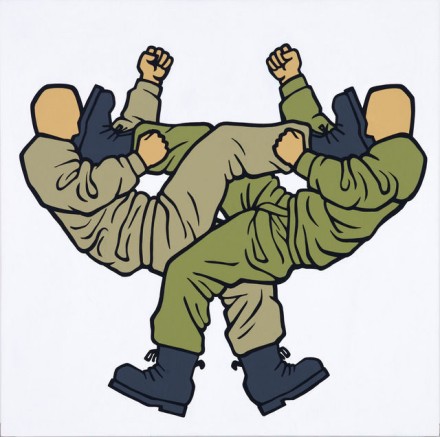 Outside the fair, a number of events kept visitors busy even after Art Basel closed its doors each day.  Pearl Lam Galleries and Hongkong Land presented a public install of Zhu Jinshi’s iconic Boat sculpture in Exchange Square, a rare pubic installation of the artist’s work, while Alex Prager opened an exhibition of new work at Lehmann Maupin’s location in the city.

The fair caps a marathon month for dealers and collectors spanning three continents, returning for the Swiss edition of its global offering this June. 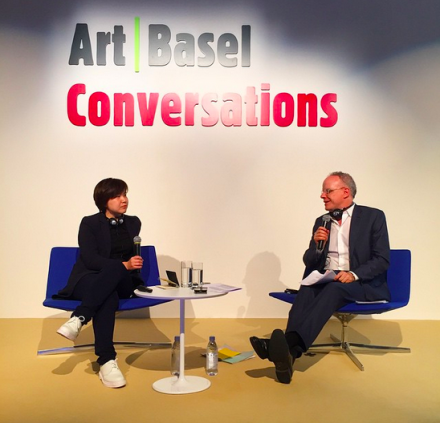 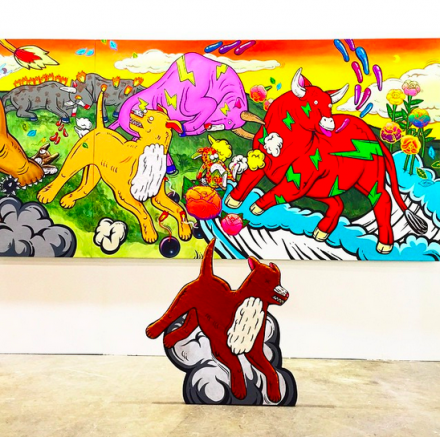 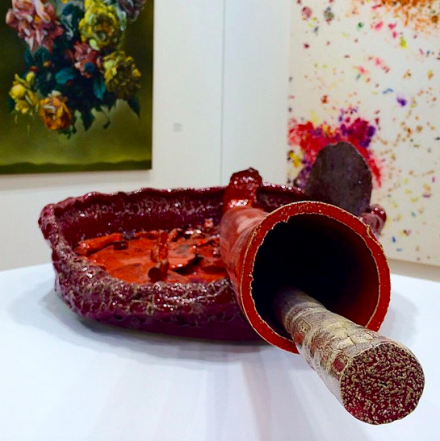 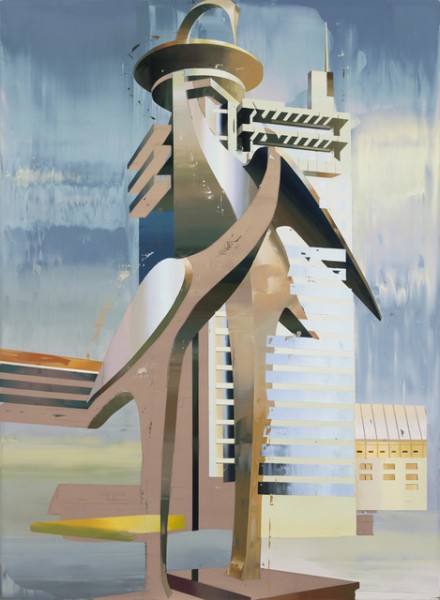 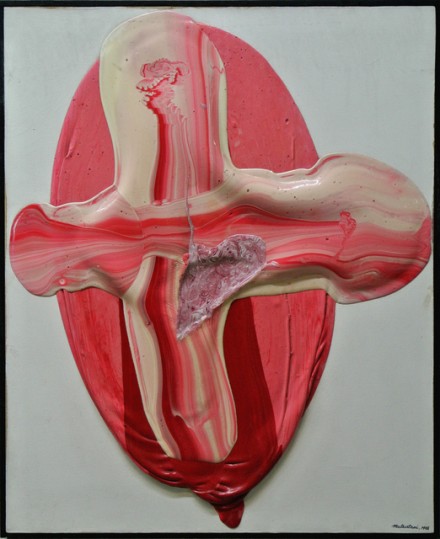 This entry was posted on Wednesday, March 18th, 2015 at 9:33 am and is filed under Art Fair, Art News, Featured Post. You can follow any responses to this entry through the RSS 2.0 feed. You can leave a response, or trackback from your own site.