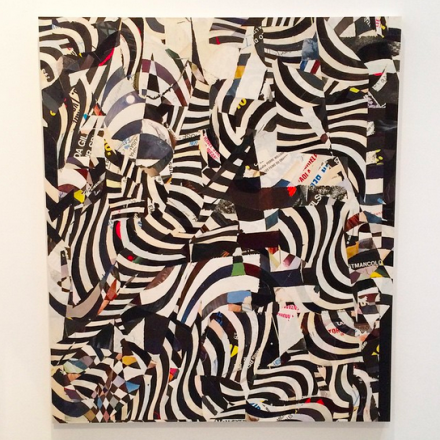 Currently on view at Anton Kern Gallery in Chelsea is a scattershot, yet ultimately compelling series of paintings, sculptures and hybridized formats curated by New York-based critic Bob Nickas, united under the formidable Baudelaire epithet, The Painter of Modern Life. 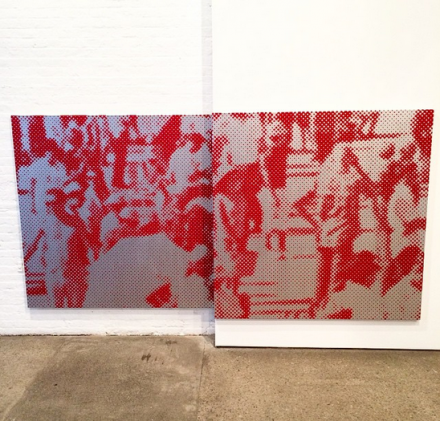 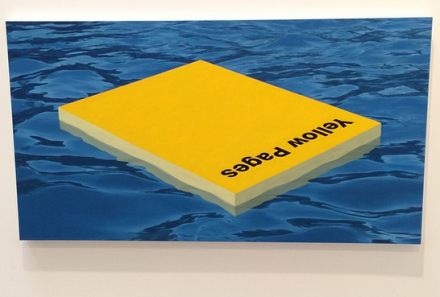 Taking the contemporary art world at face value, a roving series of tastes and techniques that Nickas makes cunning use of here, the exhibition looks to delve into paint’s continued role as medium, a material presenting viewers with constructs of reality as presented on canvas, via sculpture or other interrelated formats.  His goal here is a reductive one, but nevertheless one that inspires an intriguing vision, one that could in fact serve as something of an “anti-curatorship,” perhaps best expressed by the exhibition’s press release:

“All you can do is bring them together. But these days, an assembly does not in any way constitute a movement, since movements belong to the past, and surely for the best… Let the works, one at a time, convince you that this visual realm remains a compelling place to explore, and that picture-making can’t help but define our time.” 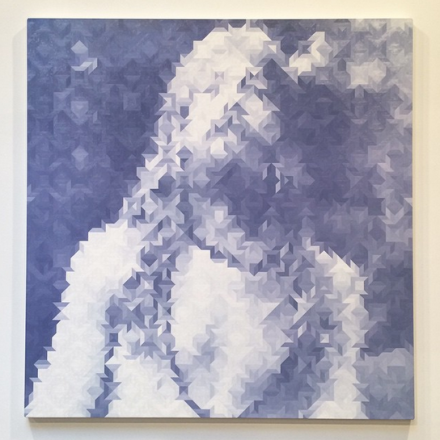 Accordingly, Nickas has pulled from a broad swath of approaches and formats here, one that prioritizes the image first, locked in close conversation with the execution of the work, with any underlying thematics relegated to the far distance.  The result is an impressively deep exhibition of works that fall across any imaginable combination of materials.  Sculptures are doused in paint, or used as a platform to present swirling sets of colors, like Nicolas Roggy’s PVC column, while in other sections of the show, Wayne Gonzales’s pixelated canvases mine the intersection of Pictures Generation aesthetics and some of Warhol’s more ambiguously executed prints. 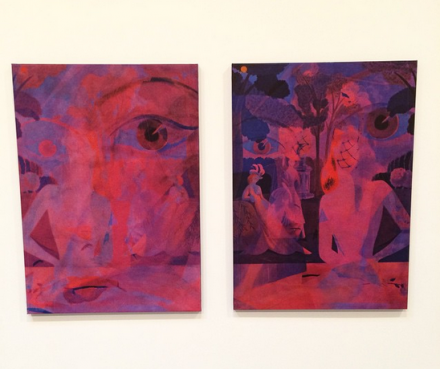 If a thread could be detected throughout the exhibition, it could in fact be a sense of divergent materialism, one that finds as much fascination in the aspirations towards the perfect recreation of the fabric grains in a starched dress shirt or Matthew Cerletty’s floating Yellow Pages, as it does the alterations between fluidity and rupture that characterize the cloudy, surreal compositions of Nathaniel Axel.  As called forth in the press release, the picture itself becomes a strong enough point of focus in the contemporary age, a reflection of a subjectivity increasingly present in the post-digital landscape of full disclosure and readily accessible data sets, yet all the more difficult to decode and unfurl.

The Painter of Modern Life is on view through April 11th. 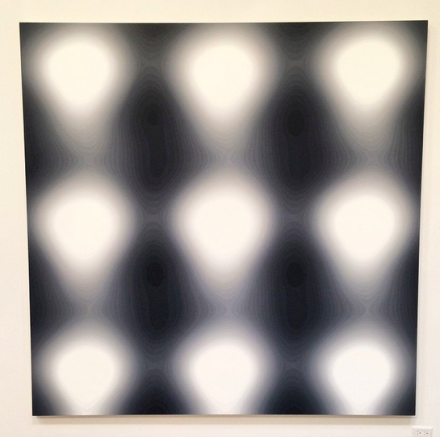 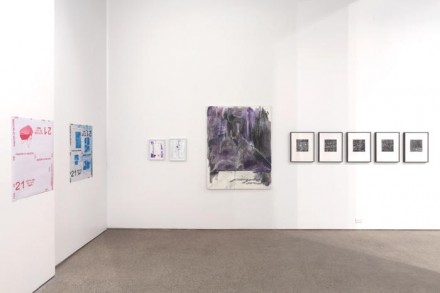 The Painter of Modern Life (Installation View), via Anton Kern

This entry was posted on Saturday, April 11th, 2015 at 5:37 pm and is filed under Art News, Featured Post, Show. You can follow any responses to this entry through the RSS 2.0 feed. You can leave a response, or trackback from your own site.