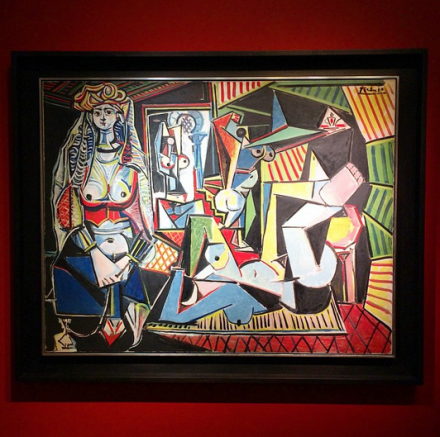 The crown for the most expensive artwork at auction has returned to the master, as Pablo Picasso’s Les Femmes D’Alger lived up to its lofty expectations at auction this evening, as Christie’s “Looking Forward to the Past” exhibition kicked off Frieze Week (and a week of Contemporary Sales in New York) in grand style, tallying a massive $705,858,000 for a 35-lot offering that saw numerous records fall by the wayside, and only one lot going unsold, on the way to Picasso’s triumphant evening. 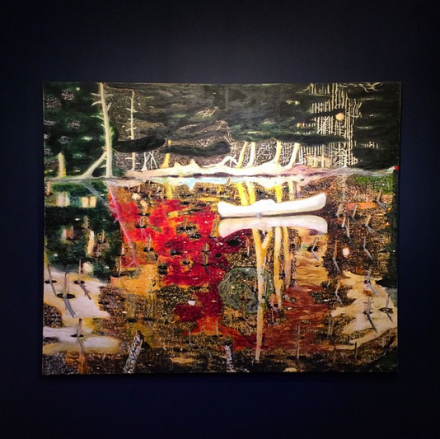 The sale began with Marcel Duchamp’s coy Feuille de vigne femelle, which saw steady bids and a renewed interest at the last moment, selling for $785,000.  It was followed shortly after by an Egon Schiele work which earned a final price of $1,025,000, within estimate.  But it was not an evening for merely strong sales, with collectors chomping at the bit for the sale’s marquee works.  The first record of the evening dropped with Peter Doig, whose Swamped jumped over his previous $18 million record quickly, rising swiftly to sell for a $25,925,000 final, a new auction record for a living British artist. 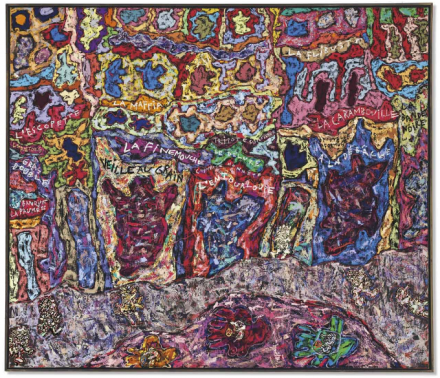 But the true highlight of the evening came as the Picasso lot came in early, starting slow before spirited bidding gradually pushed the work up past estimate.  Bidders were adamant in their desire for the work, and ongoing deliberation eventually pushed the work up to $159.5 million on the block before a final bid pushed the work over the $160 million mark, bringing with it a new world record final price of $179,365,000, bringing with it a roar of applause.  Several lots later, a Mark Rothko canvas in red and brown shot out of the gate to achieve a final price of $40,485,000.  Another Picasso followed soon after, and blew past the $60 million mark in no time, finishing at $67,365,000.  A Calder mobile passed immediately after, before a Lucio Fontana slit canvas surged forward past its $10 million low estimate, settling shy of the artist’s record for a $16,405,000 final. 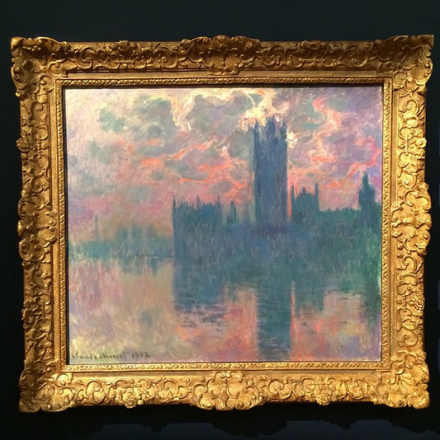 The strong sales continued with an Andy Warhol, which saw limited interest but still managed to achieve its $25 million low estimate, bringing a $28,165,000 final.  A glowing, purple Martin Kippenberger followed, beating estimates for a $12,485,000 final.  The next lot, Cady Noland’s Bluewald, depicting the killing of Lee Harvey Oswald, smashed the artist’s auction record, selling for $9,797,000, a Jean Dubuffet followed up with a record of its own, breaking previous tallies with a $24,805,000 final.  Shortly after, a Claude Monet landscape of London’s Parliament topped $40 million for a $40,485,000 final, continuing a strong auction month for the artist. 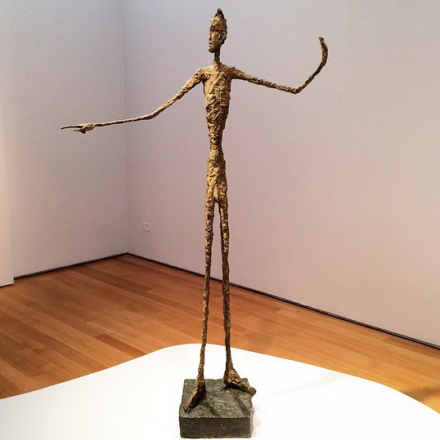 The sale concluded with a series of strong sales, as a Jean-Michel Basquiat oil stick achieved $13,605,000, just over estimate, setting the stage for Alberto Giacometti’s L’Homme Au Doigt,  the other anticipated $100 million work of the evening.  As promised, the work started at a flat $100 million, and rose quickly past the artist’s previous $104 million record.  It sold for a final price of $141,285,000.  Another record fell immediately, as Chaim Soutine’s La Boeuf achieved $28,165,000. 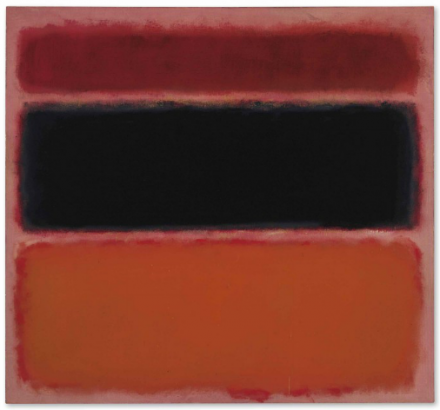 The sale closed shortly after, as a Willem de Kooning sold for $9,125,000, joined quickly by Andy Warhol’s Five Deaths on Turquoise, which achieved $9,797,000.  The sale concluded with works by Richard Prince and John Currin works selling within estimate.

The sales continue tomorrow night, as Sotheby’s will look to achieve its own impressive tallies at its Contemporary Evening Sale.

This entry was posted on Tuesday, May 12th, 2015 at 9:02 am and is filed under Art News, Auction Results, Featured Post. You can follow any responses to this entry through the RSS 2.0 feed. You can leave a response, or trackback from your own site.