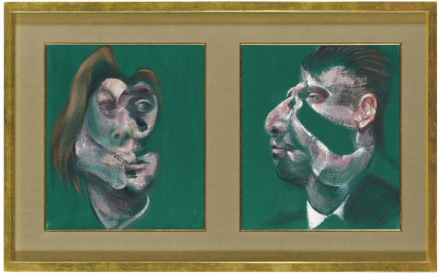 Francis Bacon, Study for Head of Isabel Rawsthorne and George Dyer (1967), via Christie’s

Another auction come and gone for Christie’s tonight in London, and another set of strong results, as the auction house capped a 76 lot sale to the tune of £95,646,500, meeting expectations, and setting several records for non-blue chip artists along the way, with 10 lots going unsold, including a string of Gerhard Richter works that may signal a downturn in the artist’s market popularity.

The sale began with an emphatic first lot, as artist Jeff Elrod‘s blurry Echo Painting came out of the gate with strong interest and rose quickly beyond the £120,000 low estimate to finish at £218,500, setting a new auction record.  It was joined several lots later by Brent Wadden, whose Alignment also set a new record at £122,500.  A Jean Dubuffet was another strong early sale, finishing above estimate at £722,500, joined three lots later by Morris Louis’s Number 36, which saw interest perk up as the work topped its low estimate, moving it steadily beyond estimate to crack £1 million for a £1,538,500 final.  A Roy Lichtenstein followed up strong, hitting a £2,098,500 final, within estimate, on only a few bids. 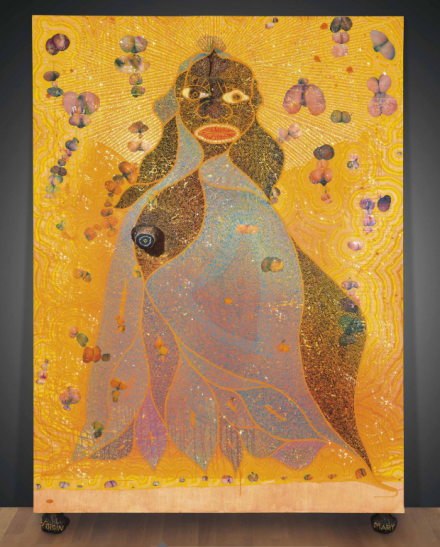 After several lower priced lots, the auction moving towards its higher priced lots with mixed success, as the first Gerhard Richter sold below estimate for £1,538,500, followed by a loosely executed Sigmar Polke that reached estimate and sold quickly for a £3,890,500 final.  Another Richter passed in the next lot, a trend that would continue throughout the evening, followed by an Yves Klein sponge, bringing a £962,500 final, before coming to the Klein fire painting.  The work, which had boasted an undisclosed estimate before the sale, saw sluggish bidding that slowly pushed it beyond £5 million, ultimately reaching a final of £5,906,500.  A few lots later, a Lucio Fontana slit work finished at £3,274,500, just below the high estimate. 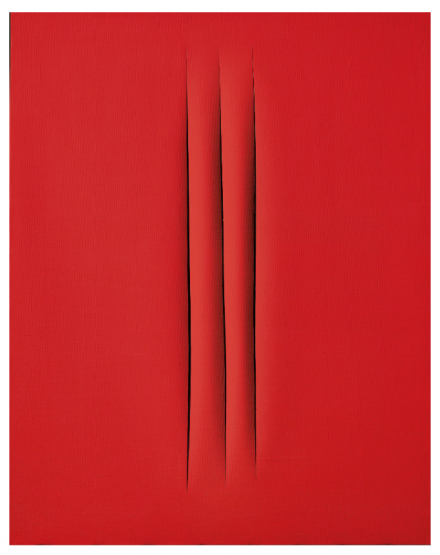 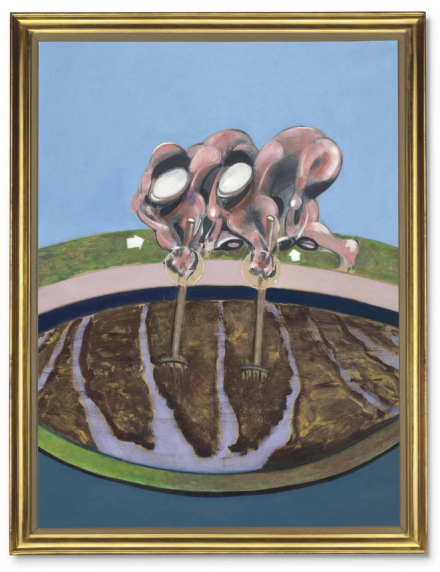 Francis Bacon, Two Men Working in a Field (1971), via Christie’s

As sales progressed, interest seemed mixed among the top lots.  The auction cover lot, Gerhard Richter’s Trees in Field, saw tepid interest, managing to fall just shy of the £4 million low estimate, passing at £3.8m.  That didn’t stop the next lot, Francis Bacon’s 2 Men Working in a Field from beating its estimate, selling for a £10,722,500 final.  Another highly touted Richter also failed to sell several lots later.  A pair of Andy Warhol works however, outperformed expectations, as Skull nearly doubled estimates at £1,202,500, while the artist’s portrait of Lenin sat squarely within estimate for £2,658,500.  Several lots later, an Alighiero Boetti topped estimates at £1,538,500, followed by another Polke canvas that met estimates for £2,770,500, and a Christopher Wool canvas that sold shy of the £4 million estimate at £3,442,500.  A Maurizio Cattelan statue lampooning Pablo Picasso also failed to sell, the humor of the work seemingly lost on the gathered collectors. 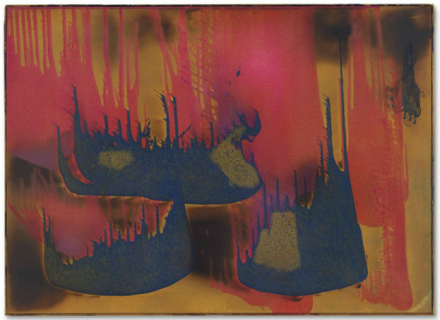 The next set of major lots began at Lot 36, where Francis Bacon’s diptych portrait studies, Study for Head of Isabel Rawsthorne and George Dyer, which started quickly and settled into a steady competition among collectors that ultimately pushed it just above of its £12m high estimate for a final of £12,178,500.  It was followed by Chris Ofili’s Holy Virgin Mary, which soundly beat the artist’s previous auction record on multiple bids for £2,882,500.  A Maurizio Cattelan also performed strongly several lots later, finishing at £1,538,500.  An Ed Ruscha piece was also a strong late lot, achieving £1,370,500, over a £1.2 million high estimate, joined by an Andy Warhol in the next lot, finishing at £3,890,500.  Another late lot, a tall, richly textured Dubuffet, finished strongly as well, doubling estimates to sell for a final of £2,098,5000, as did another Fontana slit work in bright yellow, which quickly hit estimates and beyond for a £1,706,500 final.  Following these sales, a number of lower-priced works moved quickly with only the occasional pass, before auctioneer Jussi Pylkkanen closed out the evening.

Sales will conclude tomorrow evening at Sotheby’s, where the auction house has already indicated some impressive fireworks.  As always, Art Observed will be covering live. 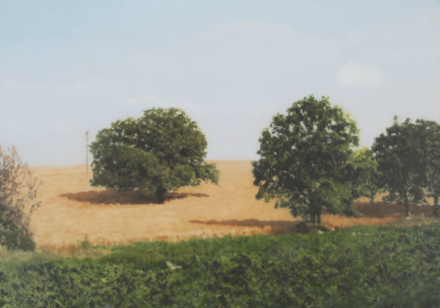 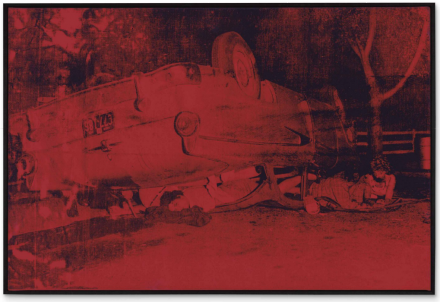 This entry was posted on Tuesday, June 30th, 2015 at 10:12 pm and is filed under Art News, Auction Results, Featured Post. You can follow any responses to this entry through the RSS 2.0 feed. You can leave a response, or trackback from your own site.