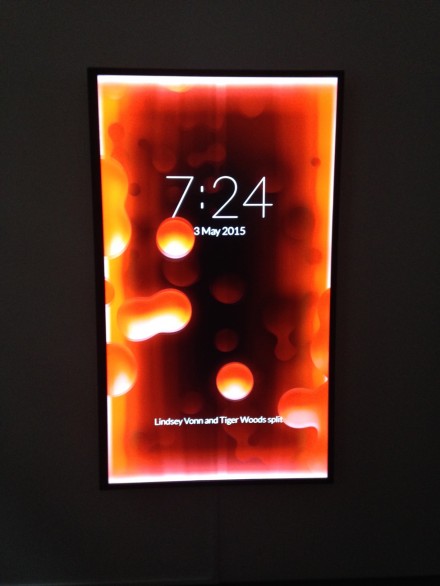 Currently on view at Team Gallery is a new body of works by Brooklyn-based artist Tabor Robak, the digitally-focused artist whose LCD video pieces mine the aesthetics and possibilities for interface design in the 21st century. Computer-generated graphics and lifestyle technologies doubtlessly strike as the main threads in Robak’s work, yet his spontaneous employment of ubiquitous cultural icons, and mundane components into his otherwise convoluted compositions expands the array of his statement. The artist’s use of oblique narratives, hinted at through lines of text and simple graphic juxtapositions, fall in line with the phantasmagorical, responding to the utilitarian aspect of high-tech elements, while suggesting a certain submission by the user, a transposition of their role into that of a passive viewer or consumer. 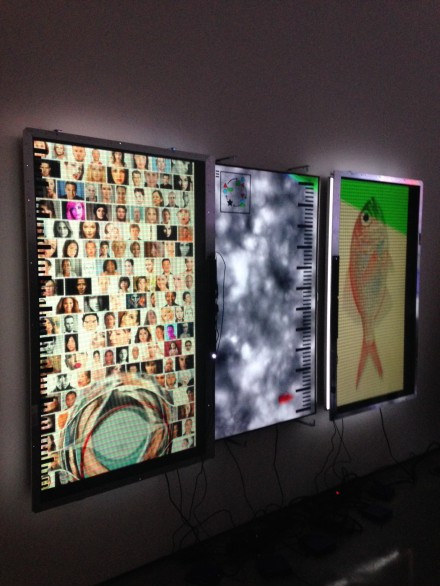 Composed of twelve 55-inch monitors, Where’s My Water?, for example, continuously streams a series of pen holders and cups in various shapes and forms, presenting these containers in lavish, often fetishized manners.  Robak allocates these objects, associated with certain spaces such as offices or libraries, into the spotlight through a large-scale video installation, emerging as humorous, allusive and sarcastic, while still bringing a certain fascination with the object itself, both in the matter and medium of translation. Aside from perplexingly captured colors and constantly floating camera gestures, Robak’s reclaiming of his subject as an emblem of productive labor builds a contrast with the technologically enhanced nature of the work itself. 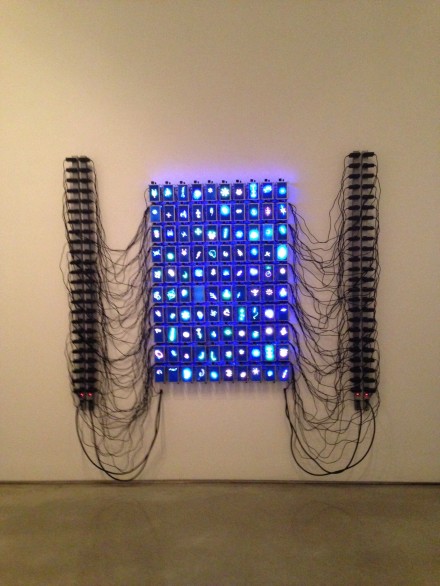 Conversely, Drinking Bird (Seasons) is a single channel video display, showing a fluid and swirling potpourri of colors, reminiscent of a puddle of liquid or a psychedelic hallucination.  Interrupting this stream of frenzying pastiche is an electronic calendar showing the passing of days in correct order. In compliance with certain holidays that are mostly celebrated in Western cultures (or only in the U.S.) the color scheme adopts a relevant tone, juxtaposed with some fictional holidays and events that appear on the screen as well.  Grandparents’ Day for example, also comes complete with its own color codes.  Always centered along the context of a functioning smart phone, with its interior logic, and sudden interruption of exterior information (much in the way that Google and Facebook have aggressively begun outside incorporating information streams into their own app functions).  Ridiculing the often overestimated credibility attributed to digital data, this set up mocks viewers’ trust in their mobile devices while problematizing the intrusion of the virtual into the real.

Tabor Robak: Fake Shrimp is on view at Team Gallery through June 7, 2015. 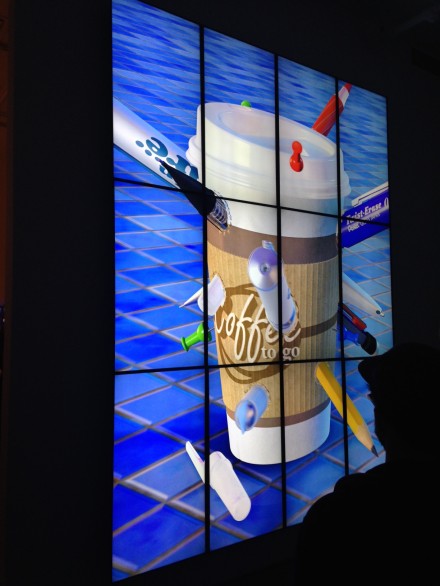 This entry was posted on Friday, June 5th, 2015 at 9:30 am and is filed under Art News, Featured Post, Show. You can follow any responses to this entry through the RSS 2.0 feed. You can leave a response, or trackback from your own site.