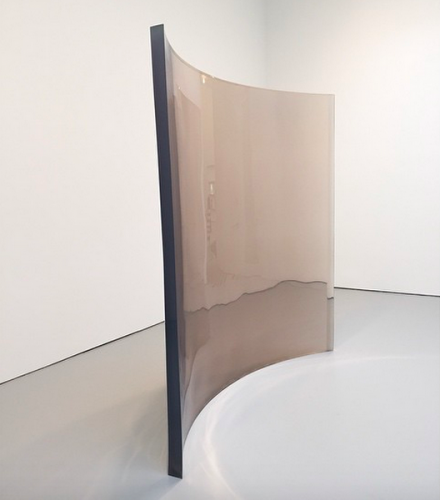 Set inside David Zwirner’s West 19th Street locations, a series of works from De Wain Valentine’s late 1960’s and 1970’s output is currently on view, culling a number of works by the Light and Space artist that illustrate his technical, material and spatial innovations during the early years of his career. 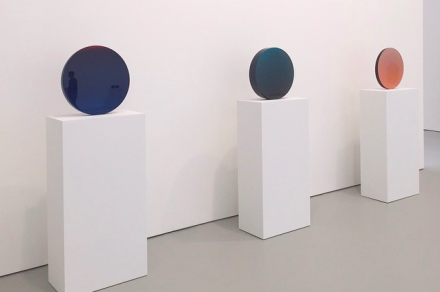 Recognized for his contributions to the California-based school during the decades following WWII, Valentine’s work takes his compatriots’ interest in the fluid, shifting impact of light on the surface and perception of the work, yet bends this line of inquiry through his own brand of hearty minimalism.  The artist’s works are exactingly shaped, large wedges, circles and columns that use their translucent materiality to allow the light of their surroundings to gradually alter the surfaces and perceived textures of each piece. 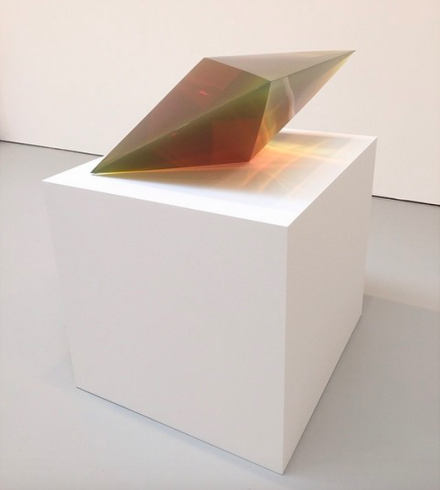 Yet Valentine’s artistic contributions are also paralleled by the material innovations he himself developed to make his work.  The resin these pieces are composed from are of the artist’s own design, made in collaboration with Hastings Plastics.  This new resin design has outgrown its original artistic intentions, and is used widely as a lightweight material in a variety of roles.  It’s an interesting parallel, as if Valentine’s focus on the material itself serves as a distilled version of the commodified, tool-based applications it has since been adopted for.  While Valentine MasKast Resin, as it is titled, is used in far less aesthetic processes due to its lightness and flexibility, here it is returned to a domain of pure visual emphasis. 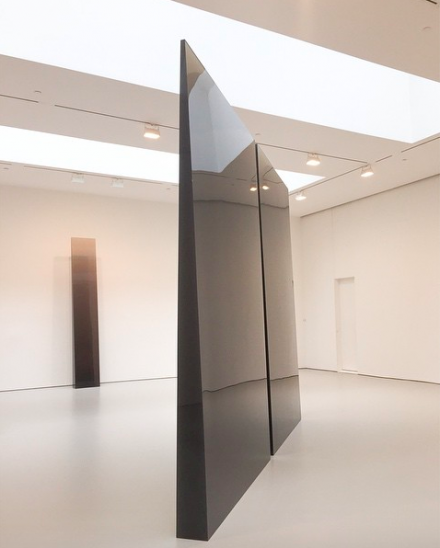 The result, as presented at Zwirner, is a series of works that make much of simple actions, from gradually thickened surfaces and smoothly planed surfaces to variations in color and density that make the works all the more intriguing when compared with their minimalist and Light and Space peers.  Slurred lines or resin play off against more obscured, opaque surfaces, illustrating the artist’s interest not only in the behavior of light, but in its interrelation across suddenly alternating depths and hues. 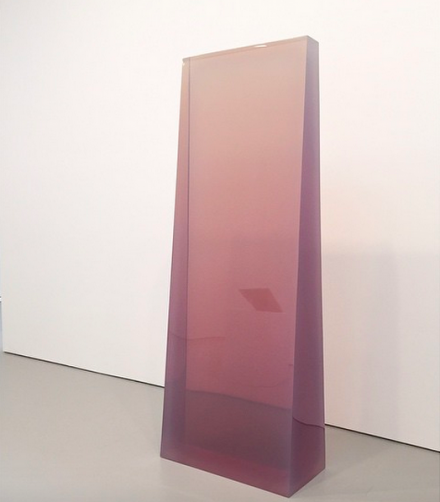 For Valentine, the work seems to serve not merely for a dialogue between space, lighting and object, but rather as an interior dialogue between elements of the work itself, allowing each element placed into conversation to carry its own essential contribution to the full work’s final effect, much in the same way that his works often reflect off each other.  Here, space itself becomes a compositional element, reflected and refracted through the artist’s resin.

Valentine’s work is on view through August 7th.

This entry was posted on Friday, August 7th, 2015 at 12:00 am and is filed under Art News, Featured Post, Show. You can follow any responses to this entry through the RSS 2.0 feed. You can leave a response, or trackback from your own site.