London – Joseph Cornell: “Wanderlust” at The Royal Academy of Art Through September 27th, 2015 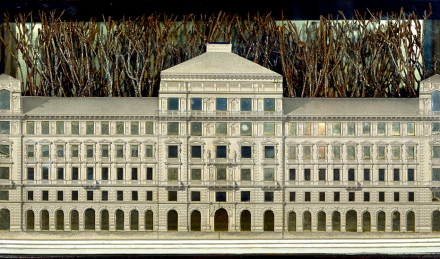 Despite his adventurous stylistic innovations, roving tastes and depth of vision, Joseph Cornell rarely left New York State.  The American artist lived much of his life as a textile worker, as well as other odd jobs, while caring for his family in a Flushing, Queens home, while spending his free time creating his massively influential “shadow boxes,” assemblages, films and collaged objects, a body of work that won him praise from Marcel Duchamp, and would go on to influence a range of artists, from the abstract expressionists through to conceptual practices today.

Working at the forefront of assemblage, collage and Cornell created his own internal universe, compiling cut-outs text and images, objects and other materials that sit at the center of the Royal Academy of Art’s summer exhibition, a retrospective examining the artist’s work that has earned considerable praise.  Tying his work to the extended practices both the Dadaists and Surrealists, the show seeks to place Cornell somewhere between reclusive icon and peculiar anomaly, a self-taught artist whose work now sits as a cornerstone of 20th Century art. 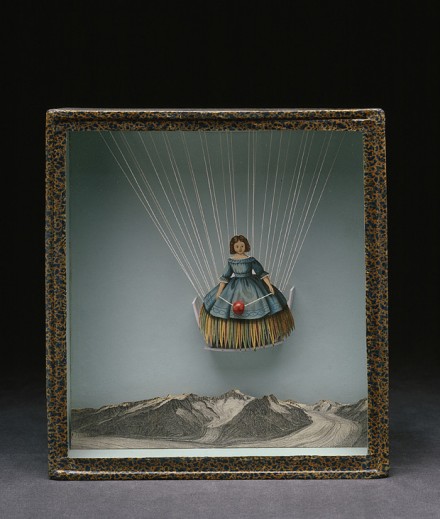 Cornell’s work seems a fitting update on the Surrealist canon, adopting their cut-up sensibilities and imagistic emphasis, and subsequently turning these elements towards some construct of the real.  Rather than the still illusory painted canvas surface, depth is a real dimension here, and Cornell’s ability to place real objects into a relation similar to that of the picture plane lends their final presentation a strong, often confounding presence.  In Celestial Navigation, for instance, the artist’s glasses, suspended orbs and star charts are not merely metaphorical pieces, but part of an internal, physical logic, and enforce a reading of the work as that of an internally composed structure.

The artist’s work on view work is dominated by these dualities of presentation: his works look outwards towards a reassembled universe of things, surreal juxtapositions culled from the world at large, while always remaining considered meditations on each individual element, its relation to the work’s narrative, its ties to the other objects presented.  Cornell, one could say, was as much a proponent of concrete poetry as the surreal proper.   Taking cues from Kurt Schwitters’s assemblages of trash and the banal, Cornell’s work moved towards a sense of treasured, cherished material, using objects salvaged from thrift stores and bookshops around the city. His work feels distinctively of New York as a result, a collection of musty treasures that still seem to populate the antique stores and shops of midtown Manhattan. 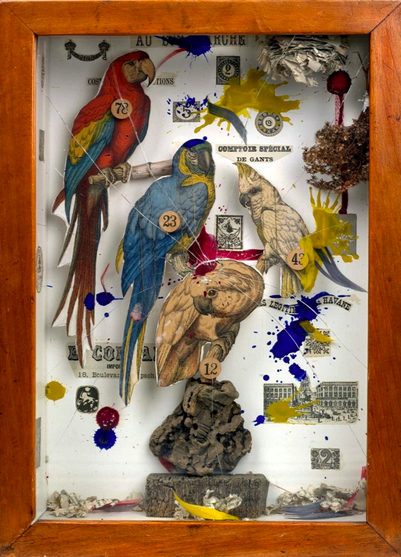 As the artist’s career progressed, he would move away from his more famed medium, initiating a series of collaborations with filmmakers like Stan Brakhage, the product of which is also featured in the exhibition, before passing away of heart failure in 1972.  Compiling this dense selection of objects, films and other works, the Royal Academy offers a striking brand of surrealist escapism this summer, one that welcomes a nuanced consideration of the immediate and the exotic in equal measure, or perhaps, in deep conversation.

Wanderlust is on view through September 27th. 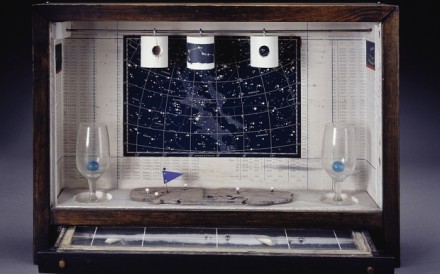 This entry was posted on Sunday, September 6th, 2015 at 3:07 pm and is filed under Art News, Featured Post, Show. You can follow any responses to this entry through the RSS 2.0 feed. You can leave a response, or trackback from your own site.