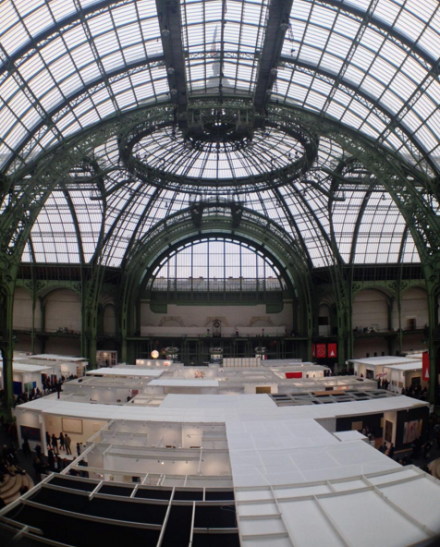 FIAC 2015, all photos by Andrea Nguyen for Art Observed

Having established itself as the second leg of Europe’s fall tour of art fairs, following hot on the feels of Frieze London, Paris’s FIAC fair has built itself into one of the art calendar’s more impressive exhibitions, and is now expanding even further, pushing for a place as one of the market’s premier selling events.  Boasting an attendance list of 175 galleries from 23 countries, the 42nd edition of the fair continues Paris’s push for a place in the international fair circuit that matches its century long prominence in the modern and contemporary avant-garde. 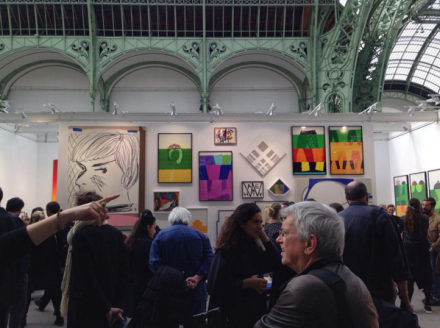 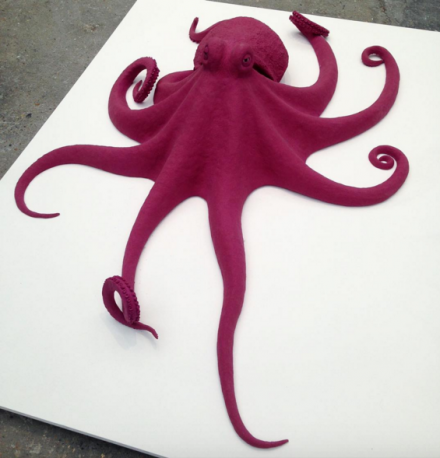 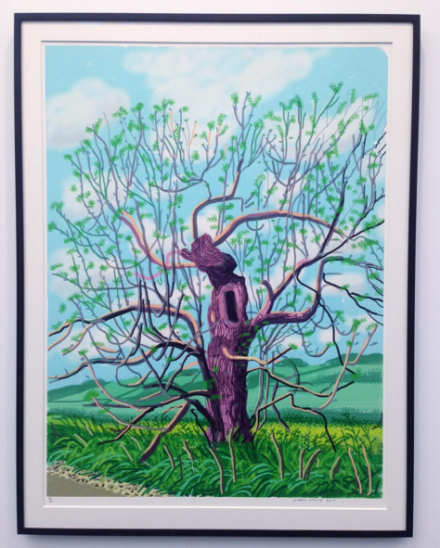 David Hockney, The Arrival of Spring in Woldgate, East Yorkshire in 2011 (2011), at Annely Juda

The fair, which opened its doors today, saw impressive foot traffic and a strong selection of works during the fair’s VIP opening, mixing blue-chip works with a carefully curated set of younger artists and galleries that has come to define FIAC’s visitor friendly atmosphere. kamel mennour was showing a powerful set of new works by Anish Kapoor, canvases covered in twisting heaps of material that gave the impression of human viscera, and took a poignant departure from the artist’s usually fair-friendly mirrored works that so often dot the booths of international fairs. 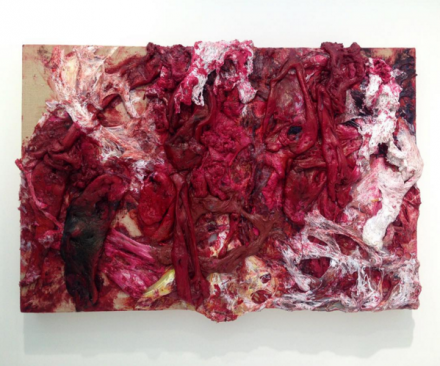 David Zwirner was also a major highlight, showing a series of new Infinity Net works by Yayoi Kusama, a return to the body of work that sees the artist taking a more nuanced approach to color, craft and texture that makes a fascinating new entry in her recent, prolific output. At Skarstedt Gallery, a selection of the works from the gallery’s artists was on view, including Martin Kippenberger’s infamous crucified frog, as well as paintings by George Condo. 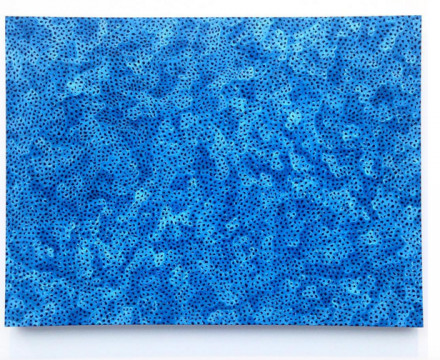 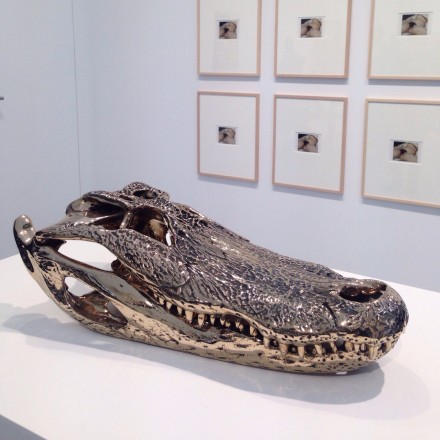 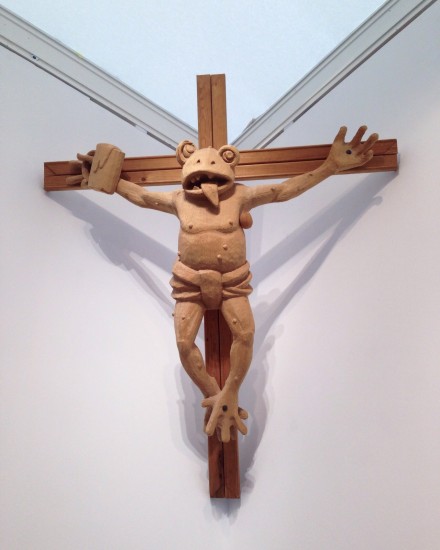 Martin Kippenberger, Fred the Frog Rings the Bell (1990), at Skarstedt 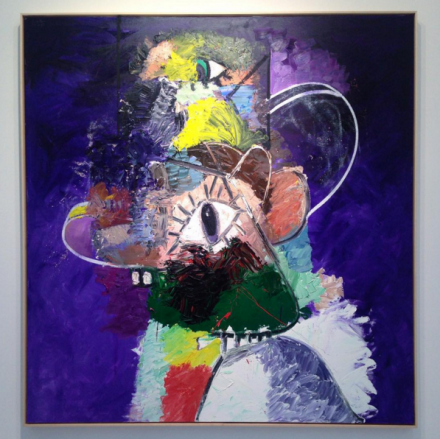 The fair’s high number of repeat performers from Frieze also makes for an intriguing series of counterpoints, examining the crossover and selections for each respective fair as galleries move from market to market.  Sadie Coles, which had shown a varied booth including pieces by Darren Bader and Sarah Lucas in London, had this time turned to focus on Urs Fischer, whose fruit-filled toilet sculpture was an early highlight among visitors.  At Marian Goodman, the gallerist had turned her focus towards works by Gabriel Orozco and Giuseppe Penone, a marked crossover, from the more daring works of Anri Sala and Adrian Vilar Rojas on view last week. 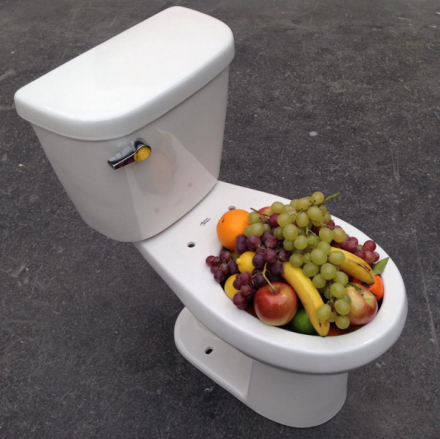 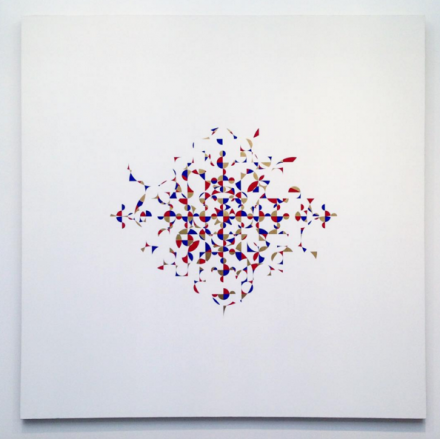 The fair also saw a number of galleries and artists experimenting with the hanging of their works, continuing FIAC’s reputation for more adventurous and developed booth themes.  At Hauser and Wirth, Rashid Johnson’s Public Enemy referencing bulls-eye sculpture Black Steel in the Hour of Chaos was situated across the booth from Paul McCarthy’s disturbing portrait of George Bush, giving a darkly violent twist to both works, while taking Public Enemy’s original symbol of power against racism, and turning it back outwards on a more concrete target.  Elsewhere, Jeppe Hein had a series of complementary works on view at 303 Gallery, combining his trademark optical works with strips of blue watercolor wallpaper on the booth, twisting their delicate lines through the glass orb hanging adjacent. 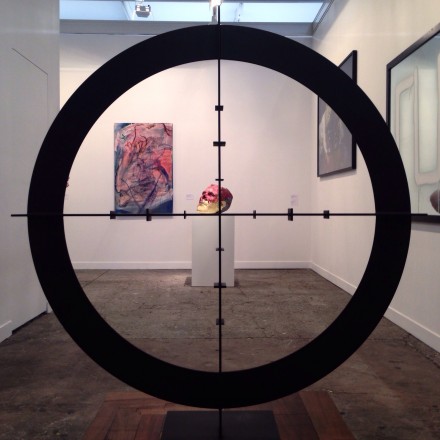 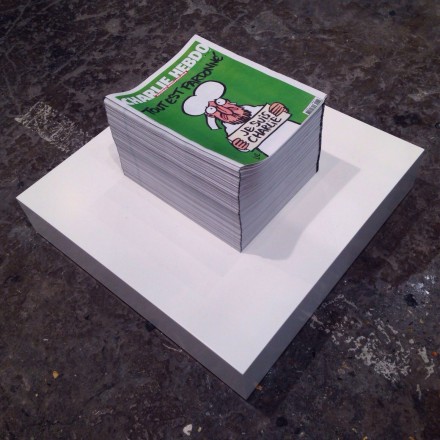 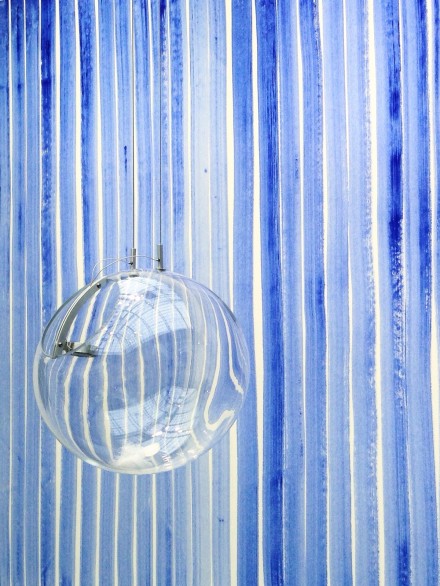 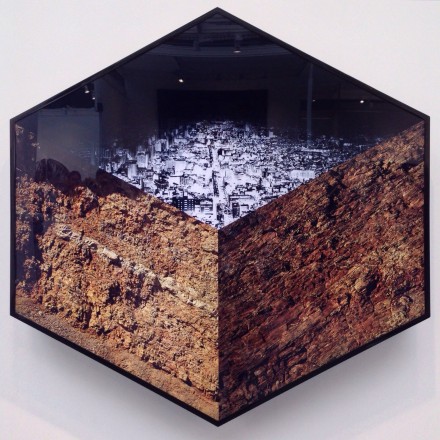 Art Observed was on site in the early days of the fair, and captured these photos from the event.  FIAC will remain open at the Grand Palais through October 25th. 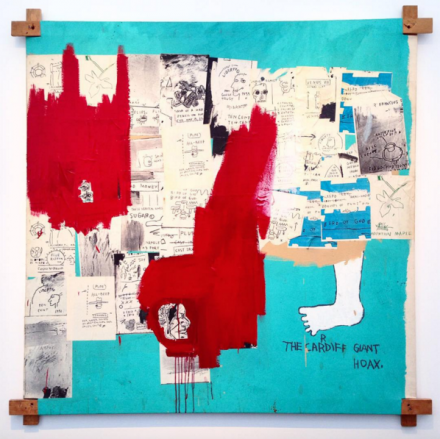 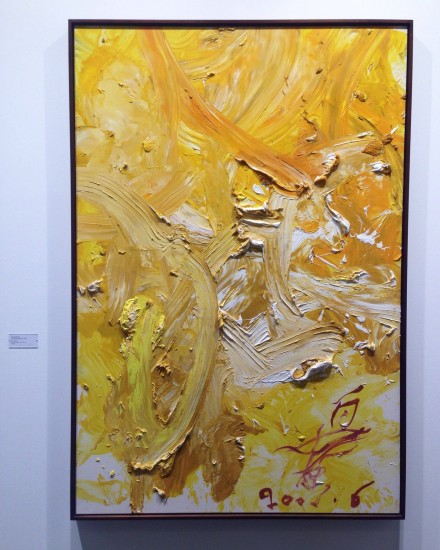 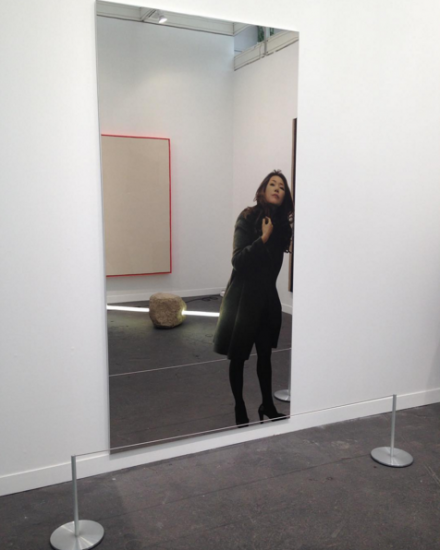 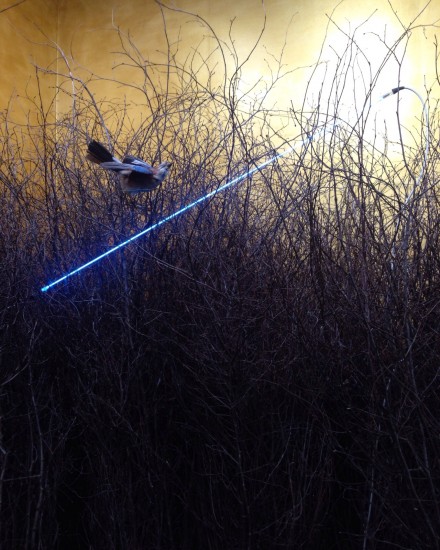 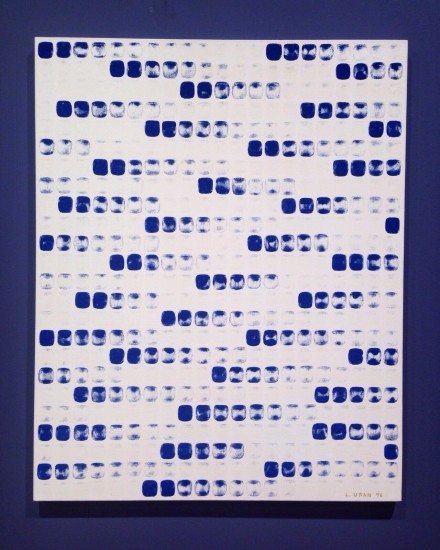 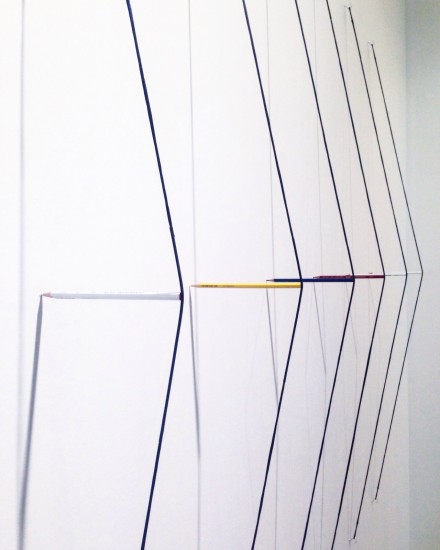 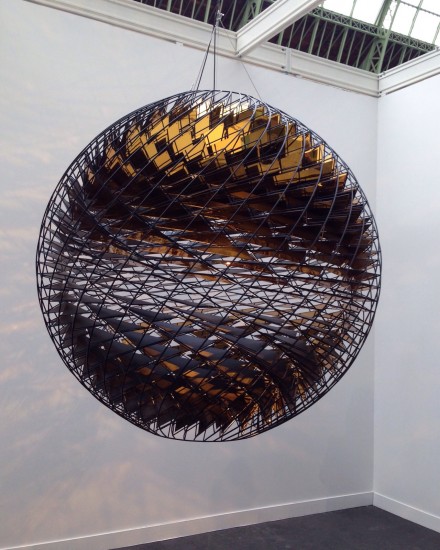 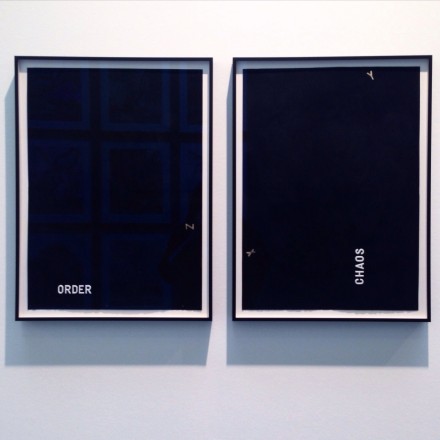 This entry was posted on Thursday, October 22nd, 2015 at 11:56 pm and is filed under AO On Site, Art News, Featured Post, Show. You can follow any responses to this entry through the RSS 2.0 feed. You can leave a response, or trackback from your own site.