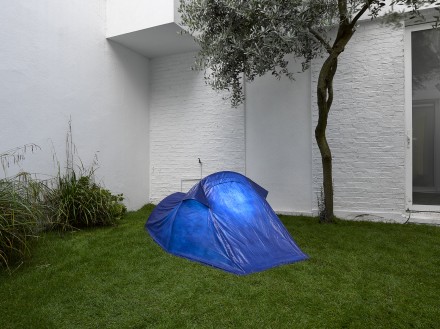 Artist Ryan Gander has returned to Lisson Gallery in London for his third show with the gallery this month, furthering his uniquely witty work with conventional art materials, and their intersections with the objects of the everyday, compounded by the artist’s often ingenious mechanical and technological interjections. 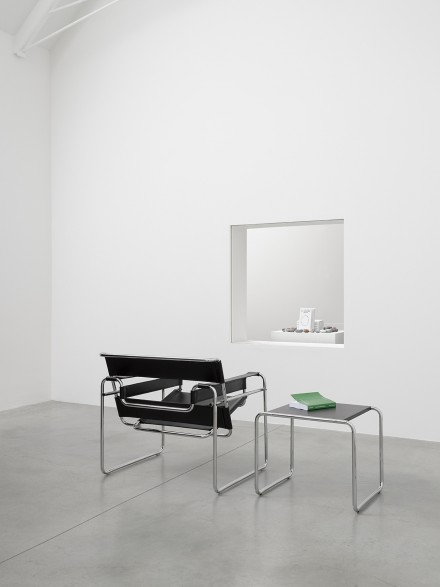 Of particular note is the exhibition’s titular installation, Fieldwork, a massive installation occupying the back wall of the gallery.  Sitting in the accompanying office chair, visitors can watch a seemingly endless process of objects pass the single window cut into the gallery wall.  The unseen conveyor belt, concealed behind the wall, cycles through a broad series of handmade objects which draw a striking comparison to found materials.  Newspapers, bags, and even a street sign for the artist’s imaginary utopia “Culturfield” pass by the viewer, implying a haphazard collection of clustered materials that reference the artist’s ongoing aesthetic interests.  The work has all of Gander’s uniquely snarky undertones, treating his body of work as if it were a vending machine or assembly line product, while playing up the viewer’s somewhat impotent role as spectator, sitting comfortably in what could be the waiting room for any office. 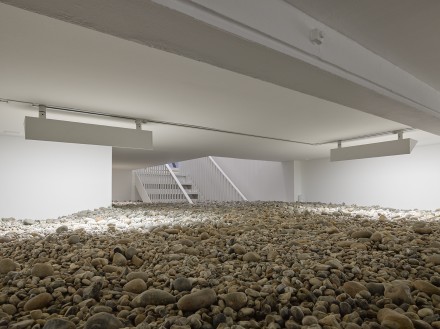 Yet the exhibition continues to offer surprises beyond this visually complex piece.  Never enough fills the downstairs gallery with pebbles, recalling a punishment for smugglers in past eras, a tie to both Gander’s home in Suffolk, and its ties to shipping industry.  Considering Gander’s ongoing interest in the replication and duplication of materials from the art historical, it’s also worth noting the intersection with notions of authenticity and grey market goods, as if the artist was interested both in the replication of materials, and the consequences his work could in fact have earned in other eras. 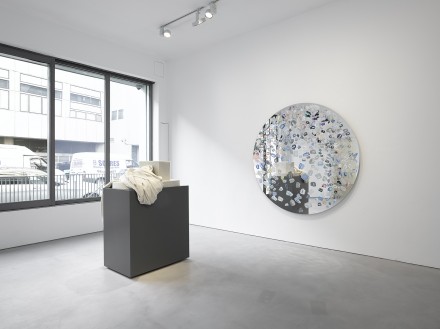 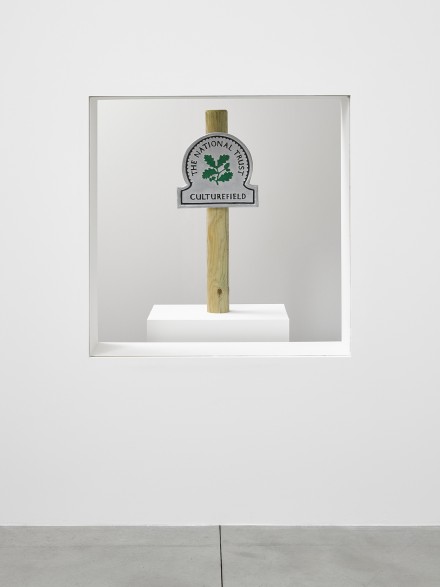 Alongside these works, the artist is also showing a series of his ongoing sculptural works, playing on immediately recognizable forms and recognizable art objects, particularly classical Greek sculpture, yet depicting the works as devoid of their subject, hinting that the figures themselves may be elsewhere.   Also of note is Night and Day, an impressively rendered tent sculpture created from a semi-transparent resin.  With a light inserted inside the work, Gander’s sculpture puts off a healthy glow, giving the impression of a secret guest hiding inside the work, or perhaps an absent resident.  Playing on its location just outside the gallery, the work also has a fittingly comical inversion on the staid, quiet atmosphere of the gallery.

Gander’s work is on view until October 31st. 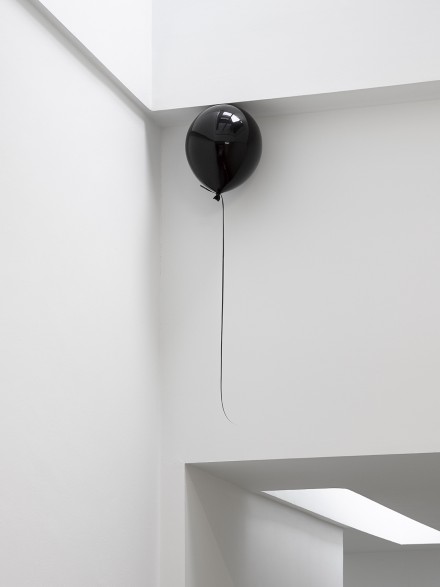 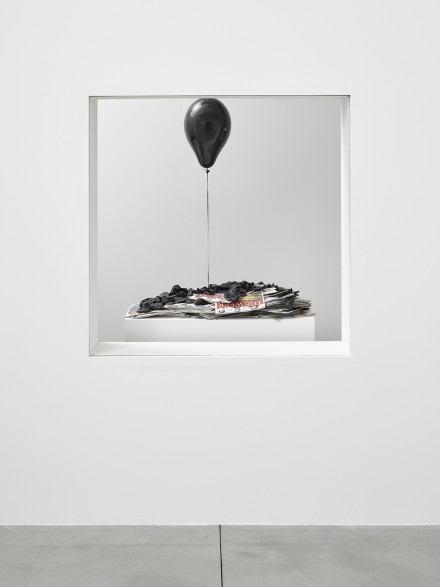 This entry was posted on Thursday, October 22nd, 2015 at 5:53 pm and is filed under Art News. You can follow any responses to this entry through the RSS 2.0 feed. You can leave a response, or trackback from your own site.