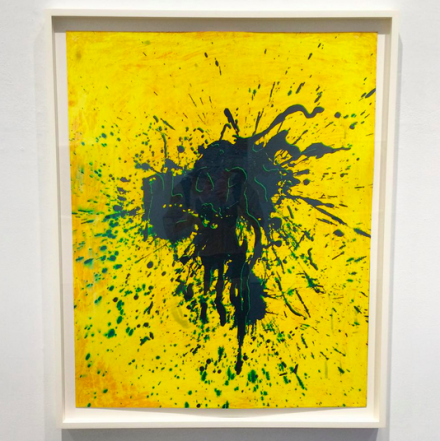 Christian Marclay returns to Paula Cooper this fall with an exhibition of new video work and paintings, continuing the artist’s interests in the intertwining of action and image in pop culture formats.  Here, turning his attention to comic books and graphic novels, the artist’s collagist practices are given a light-hearted twist.

The show is notably spare in terms of the works and thematics exhibited, with only a handful of the artist’s paintings and drawings exhibited in the front room, and another small set outside the screening appearing as a set of cursory studies for his magnum opus in the series.  Yet for what the exhibition lacks in terms of breadth, it more than makes up for in perceptual depth.  Surround Sounds is a piece of visual eye-candy, using Marclay’s honed sensibilities towards pop formats as a fertile jumping off point for his video work here. 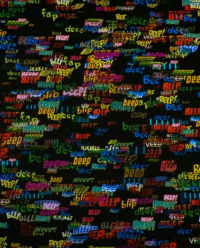 Rather than the endless spectacle of Marclay’s The Clock, the video here is almost playfully lacking in spatial immersion, save for momentary floods of color.  Snippets of text dart across the screen, or bubble up, programmed to match the corresponding textual signifier.  Words like “crash” explode out from the corner of the four wall installation, while in other moments, the “Tic, Tic, Tic” so often associated in comics with a time-bomb marches along the bottom of the screen. 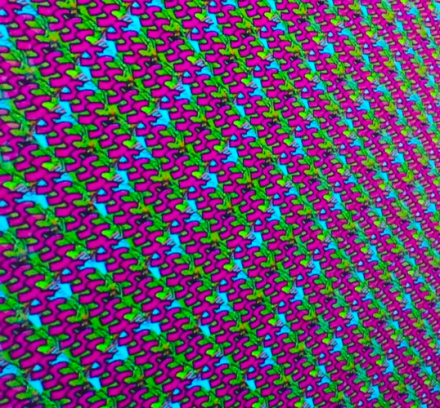 These actions make for a frequently comical viewing experience, as much a study of the actions linguistic structure implies as it is an investigation of language’s fundamental lack in fully expressing the wealth of material movement.  Similarly, the work makes much of the editor’s fundamental inability to perfectly mimic the often impressively specific sounds of a comic book artist.  Despite noble attempts, it seems almost impossible for digital video to capture the slick, oozing connotations of a word like “splurt” or “sploosh.”  Much akin to the paintings in the next room, a certain disconnect pervades the actions expressed textually and their material stand-ins. 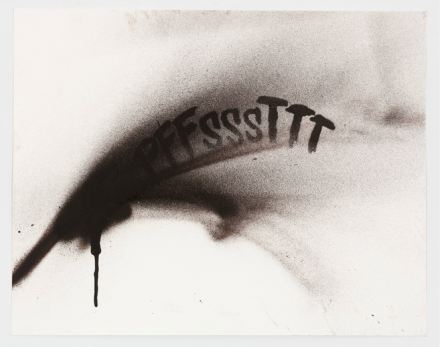 Much in the same way that comics hybridized the printed word and graphic, Marclay’s work here is a time-based investigation of these formal deficiencies.  Yet it’s by pushing the comic book into this fourth dimension that Marclay allows a critique to emerge from his work, underscoring the breaks between image and action that modernity perhaps too often attempts to suture.  Considering the endless stream of superhero adaptations parading through Hollywood currently, Marclay’s works offer a historical twist on these text that never avoids their relation to time and space.

Surround Sounds is on view through October 17th. 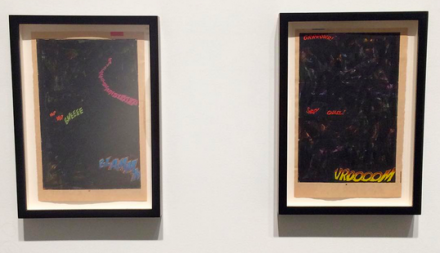 This entry was posted on Friday, October 16th, 2015 at 12:56 pm and is filed under Art News, Featured Post, Show. You can follow any responses to this entry through the RSS 2.0 feed. You can leave a response, or trackback from your own site.