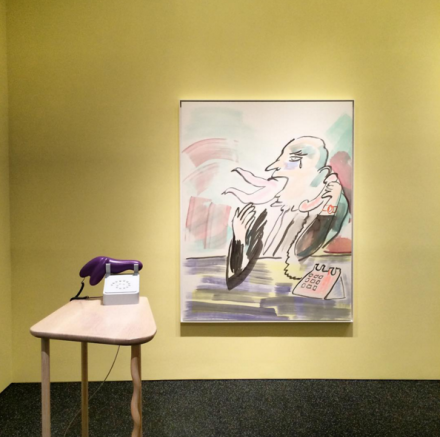 Camille Henrot’s first solo show with Metro Pictures is something of a story in three parts, bringing the artist’s loosely flowing, cartoonish drawings to bear against her interests in environmental installation, digital artifacts and an interest in the modes and experiences of banality to bear across a broad selection of pieces. The artist’s work, presented here, offers a considered, meandering pathway through the iconography and subtle psychologies of modern life. 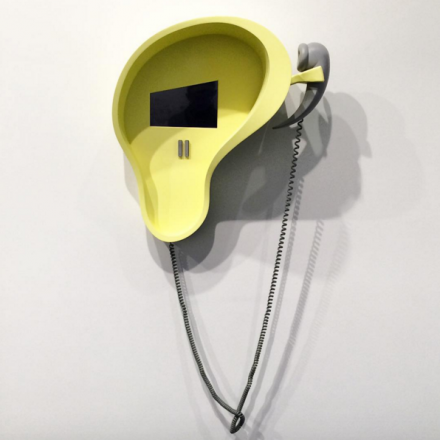 The exhibition begins with a spare, white gallery, adorned with a series of interactive phone sculptures.  In each, video and audio present fragmented storylines and poetic inflections, occasionally inviting viewers to select one of two options in fraught, garbled narratives in the style of phone-in hotlines.  Yet as much as the viewer seeks to make sense of the pathways Henrot allows in her works, the pieces often come disturbingly close to the viewer’s own emotional ground.  Asked to choose between options implying spurned lovers, manipulations by pets, or senses of abandonment, the viewer’s choice occasionally triggers a sudden self-reflection, as the absurd question conjures a deeper analysis as to why one relates to these absurd propositions.  In others, Henrot shows video from live chat feeds, including one in which a man repeatedly blows smoke rings on camera.  The distance afforded the viewer from the conversation itself makes the video both comically distant and strangely voyeuristic. 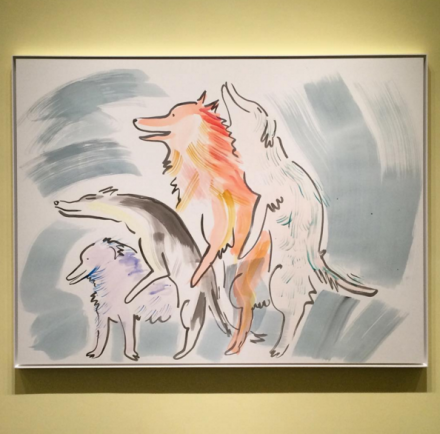 One room over, the artist is showing a series of her sexually-charged, yet cartoonish, surreal drawings, featuring animals and humans in often intimate relationships, while others depict bizarre, distended bodies, including one work showing a suited executive devouring a pair of human legs.  Placed alongside another of the artist’s phone sculptures, the work feels tenuously tied to her previous sculptures, while moving into a more explicitly visual turn on the same sense of human experience held at an abstracted distance. 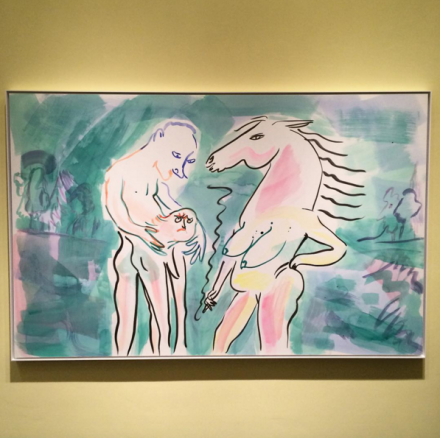 Yet it’s the third room, shrouded in black cloth, that carries the strongest punch, where a single circular sculpture rotates on a dark plinth.  Flashed with strobe-lights, the work creates a series of twisting, moving figures, from weightlifters to pouring bottles of prescription pills, bikini-clad waifs to cigarettes inching along the ground like worms.  It’s a fitting culmination of the artist’s work on view, an animated realization of the same banal signifiers she hints at throughout the show, here displayed in a vortex of interlocked movements that calls to mind mid-20th century claymation, albeit applied towards a more bland, contemporary subject.  Nevertheless, the sudden activation of the work is captivating, and shows why Henrot’s work has made her such an immediate presence in the past months. 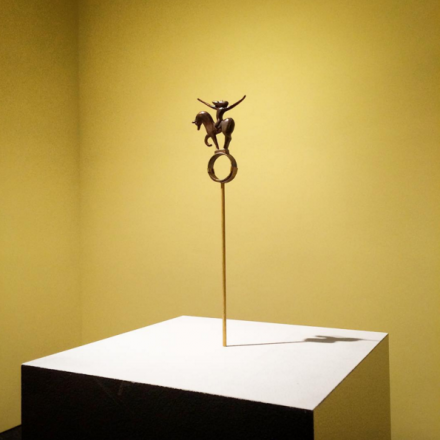 This entry was posted on Monday, November 16th, 2015 at 12:00 am and is filed under Art News, Featured Post, Show. You can follow any responses to this entry through the RSS 2.0 feed. You can leave a response, or trackback from your own site.