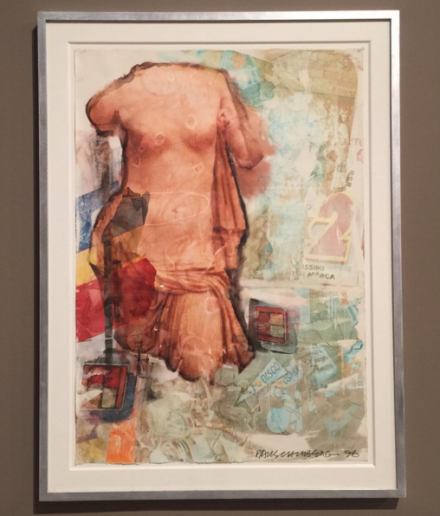 Marking the first exhibition of the work of Robert Rauschenberg since the late artist’s Foundation joined Pace Gallery earlier this year (and the artist’s 9th in total), Anagrams, Arcadian Retreats, Anagrams (A Pun) brings a body of Rauschenberg’s later works to the institution’s 25th Street location in Chelsea, documenting the artist’s artistic evolution and interest in increasingly complex methods of dye transfer, plaster and paper in his compositions. 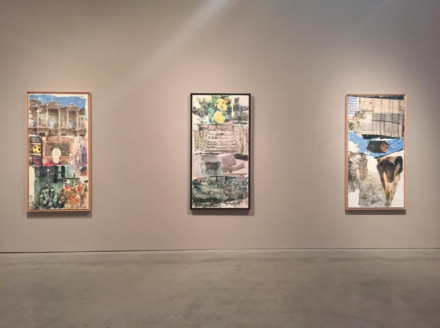 The Anagrams, Arcadian Retreats, and Anagrams (A Pun) series sees Rauschenberg returning to similar practices pioneered during his early years of practice, utilizing screen printing and photo transfers to imprint pop culture imagery, printed material and text onto the surfaces of his paintings, forcing his own painterly marks and artistic gestures to contend with fully realized images within the same picture plane.  Here, Rauschenberg returns the technique, while embracing a much broader color palette and range of images, a gesture which not only fundamentally shifts the focus of his works, but maintains a unique tie to both the artist’s own historical progression and that of the world around him. 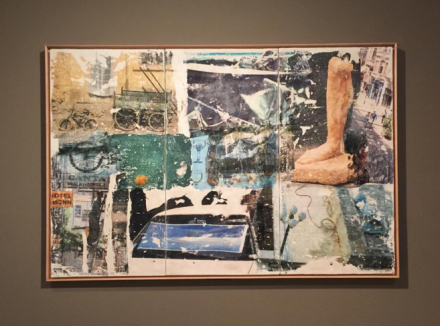 As much as Rauschenberg’s work continues to attempt a response at the world around him, it ultimately presents itself as much about his own evolution in the practice of exterior analysis, a retrospective look at his own modes of artistic incorporation and negotiation with the images of contemporary culture, no matter the era.  Similarly, the increased technological capacities for image reproduction during the 1990’s find their way immediately, with a broader selection of available images transferred in more meticulous, complex forms, complemented by the broader cultural touchstones that resulted from the artist’s wide travels internationally during this time. 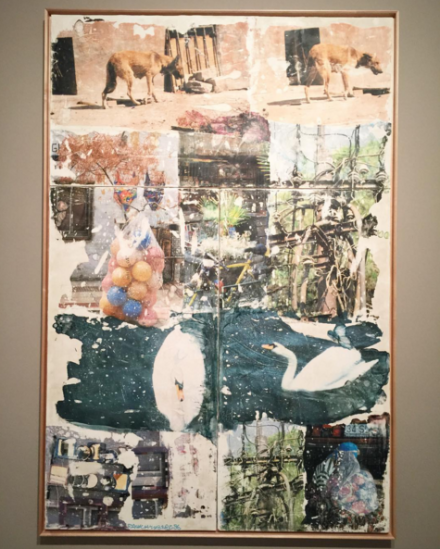 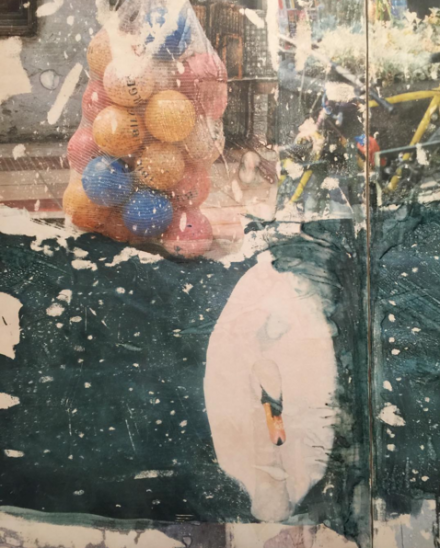 Yet what equally marks Rauschenberg’s canvases here is a considered use negative space.  Rather than filling each composition to the brim with visual information, the artist instead leaves gaps and spaces between materials, moments of repose that ultimately place some objects into starker contrast, or open multiple lines of dialogue within a single composition.  The placement of each piece on the canvas in turn allows Rauschenberg a distinct flexibility in vector and motion among his similarly-sized pieces.  Works surge upwards with considerable vertical force in some works, while others meander on a horizontal plane, defined by the interior lines and patterns of each cut, collaged or printed image included within the final work.  Rather than merely explore conceptual juxtapositions of image and implication, Rauschenberg never ignores the actual painterly elements of these images, and composes in collaboration with their own internal logics.

Anagrams, Arcadian Retreats, and Anagrams (A Pun) is on view at Pace through December 12th. 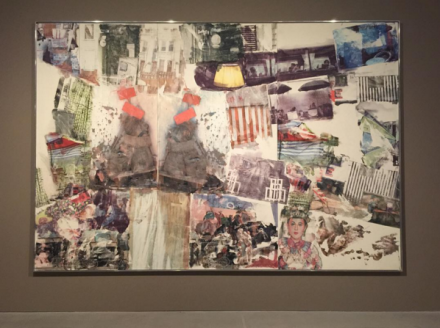 This entry was posted on Sunday, November 8th, 2015 at 11:54 pm and is filed under Art News, Featured Post, Show. You can follow any responses to this entry through the RSS 2.0 feed. You can leave a response, or trackback from your own site.